Disrupting the oil trade could send oil prices upward, making it more expensive for Americans to fill up their gas tanks as part of Iran’s plan to make the U.S. and its allies feel economic pain.

The Trump administration imposed economic sanctions on Iran in 2018 that the Obama administration had previously removed. Those sanctions are hitting Iranian oil exports hard and squeezing the country’s economy.

Iran wants to make the U.S. and its allies feel economic pain in an effort to divide the international community over sanctions. Iran sees hampering crude oil shipments in the Strait of Hormuz as part of that strategy.

More than 18.5 million barrels of oil and petroleum liquids per day moved through the Strait of Hormuz from the Persian Gulf in 2016, according to the U.S. Energy Information Administration (EIA), making it the world’s largest maritime oil choke point and vulnerable to bad actors. 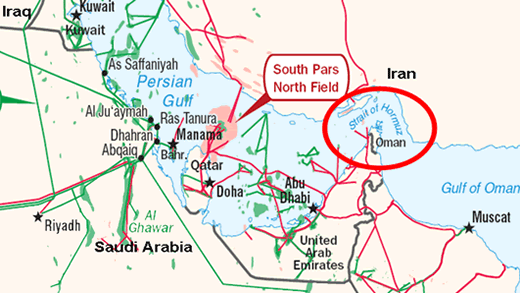 The Strait of Hormuz is 21 miles wide at its narrowest point, but shipping lanes in either direction are just two miles wide. About two-thirds of the world’s biggest oil tankers travel through the straight. (RELATED: Trump Admin Aims To Make Clean Air Rules ‘More Effective’ By Overhauling How EPA Creates Them)

Saudi Arabia, the United Arab Emirates, Kuwait, Iraq, Iran and Qatar rely on the Strait of Hormuz for oil and petroleum exports. Most of that oil heads to Asia, EIA says. One-third of the world’s liquefied natural gas trade also moves through the strait.

Iran often threatens to cut off the strait when tensions with the U.S. rise.

One way Iran could threaten the straits is though an actual naval blockade, using ships and mines that would take weeks to clear.

That’s unlikely to happen and wouldn’t last very long even if it did, military experts say. Currently, U.S. Air Force jets are patrolling the Persian Gulf and Iran would be hard-pressed to hold back the U.S. Fifth Fleet based in Bahrain.

This time, Iran is looking to disrupt world oil trade in a way that doesn’t escalate into all out war, experts told The Washington Post. Iran will instead work through proxies to disrupt trade when it can, putting upward pressure on oil prices. 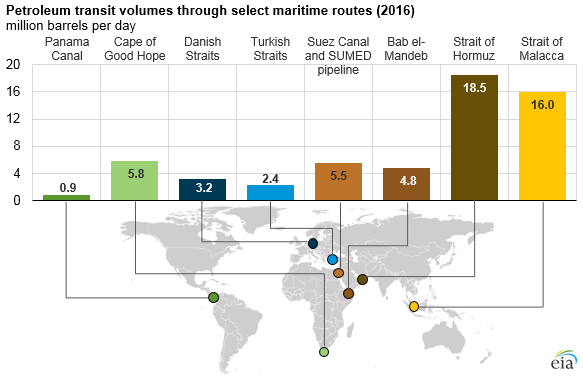 Four tankers were recently damaged just outside the Strait of Hormuz last week in the United Arab Emirates (UAE) port of Fujairah. U.S. intelligence officials said it was “highly likely” Iran orchestrated the attack through its proxies.

Two of the tankers flew Saudi flags, one flew a Norwegian flag and the other flew a UAE flag.

Sabotaging tankers “was so well designed to achieve Iran’s objective,” Sami Nader, director of the Levant Institute for Strategic Affairs, told The Post. 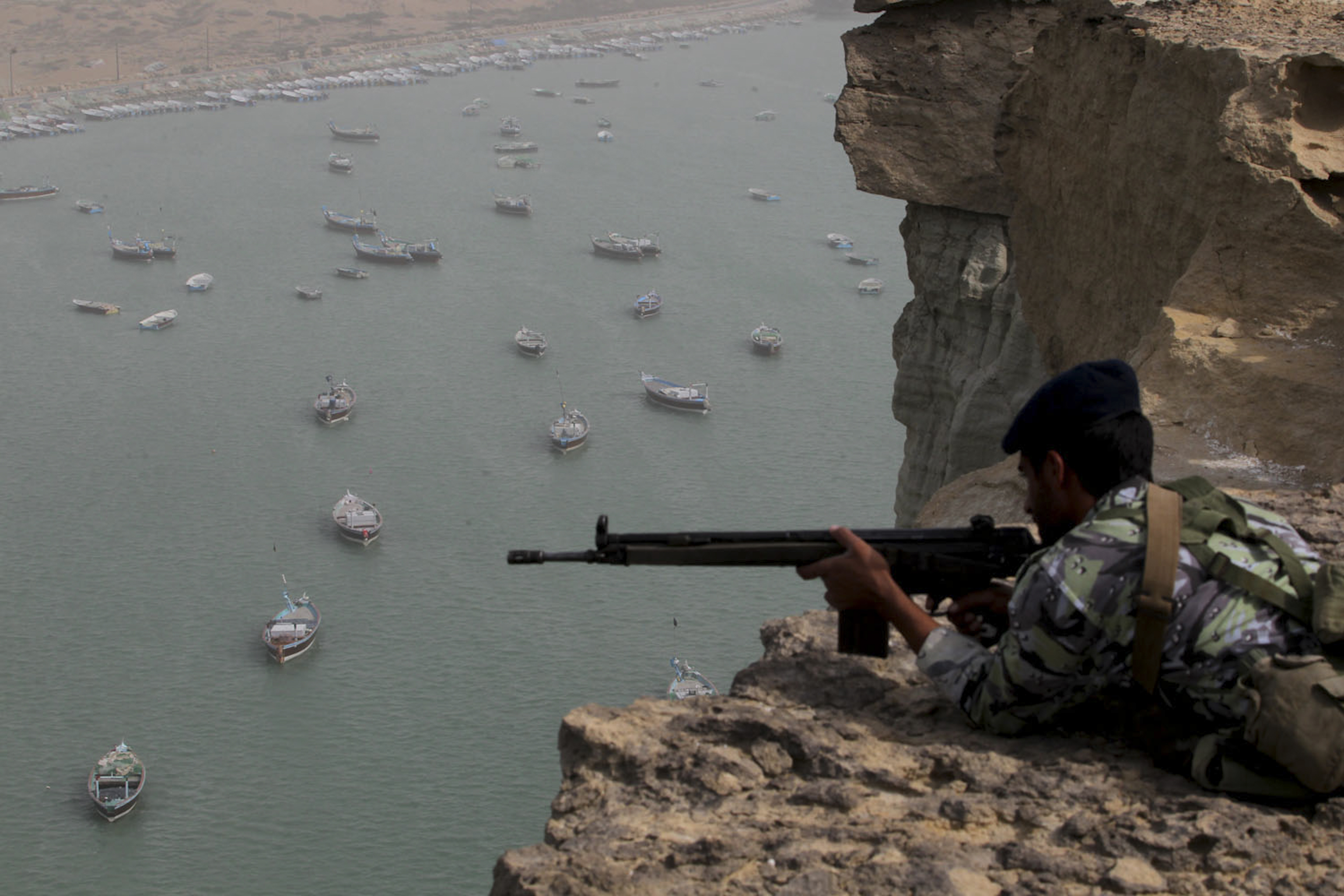 The U.S. Maritime Administration issued an advisory May 9, warning that “Iran or its proxies could respond by targeting commercial vessels, including oil tankers, or U.S. military vessels in the Red Sea, Bab-el-Mandeb Strait, or the Persian Gulf.”

The warning came after Iran partially withdrew from the Iran nuclear deal, which the Trump administration unilaterally exited last year. The U.S. and six other countries signed the deal with Iran in 2015 to restrict its nuclear ambitions.

Kuwait and Qatar are looking to use Iraqi pipelines as an alternate route for oil and gas shipments. Petroleum would travel north through Kurdistan to a Turkish port for export, but nothing has been finalized.