Spiritual leader and presidential candidate Marianne Williamson solidified her spot Thursday in the first presidential debate scheduled for next month.

Her achievement comes as a number of other Democratic candidates — most notably, New York Sen. Kirsten Gillibrand — have yet to do so.

There are two qualifying achievements a candidate must make to enter the June 26-27 debate. The first achievement, which Williamson reached on Thursday, according to Politico, is earning at least 1% of the vote in three national or designated early primary state polls.

The second way to qualify is by receiving donations from 65,000 unique donors with a minimum of 200 donors in at least 20 states. Williamson reached this benchmark weeks ago. (RELATED: Here Are The 2020 Dems That Have Qualified For The First Presidential Debate)

2020 Democratic presidential candidates are seen in a combination of 21 file photos. REUTERS/Files

With more candidates in the race than spots available for the first debate, some will be left off the stage. In the event that more than 20 candidates reach one of those goals, those who have both polled with at least 1% support and received the most donations and will be prioritized.

See you at the debates! https://t.co/KNgOrrYrEk

Unless nine or more candidates achieve both markers, Williamson will have guaranteed herself a spot in the first debate. 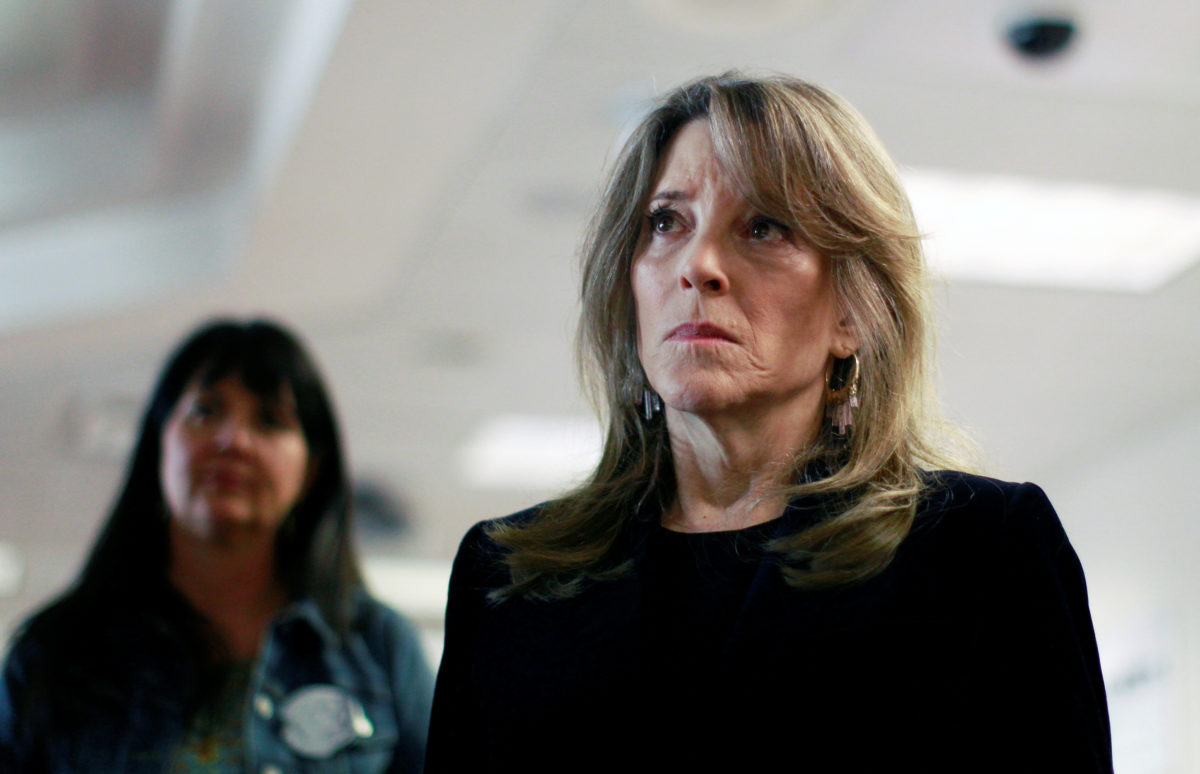 Therefore, 19 of the 20 slots available for the first debate are already locked in. Four declared candidates have yet to reach either marker.