Reps. Katherine Clark and Hal Rogers demanded an explanation from the World Health Organization (WHO) in a report released Wednesday that accuses the organization of blindly amplifying opioid manufacturer Purdue Pharma’s marketing.

Clark, a Massachusetts Democrat, and Rogers, a Kentucky Republican, warn in the report of a “significant risk of sparking a worldwide health crisis” because of what they characterize as the drug company’s undue influence on WHO guidelines.

“We are highly troubled that, after igniting the opioid epidemic that cost the United States 50,000 lives in 2017 alone and tens of billions of dollars annually, Purdue is deliberately using the same playbook on an international scale. Moreover, we are disturbed that the WHO, a trusted international agency, appears to be lending the opioid industry its voice and credibility,” Clark and Rogers wrote. (RELATED: Largest Museum In The US Says No Thanks To Future Donations From OxyContin-Linked Family)

The report, titled “Corrupting Influence, Purdue & the WHO,” details several organizations and individuals who link Purdue and WHO, a specialized United Nations agency, through both funding and proximity. Clark and Rogers accuse WHO of parroting Purdue’s faulty talking points including that prescription opioids came with a less than 1% risk of developing substance abuse disorder. 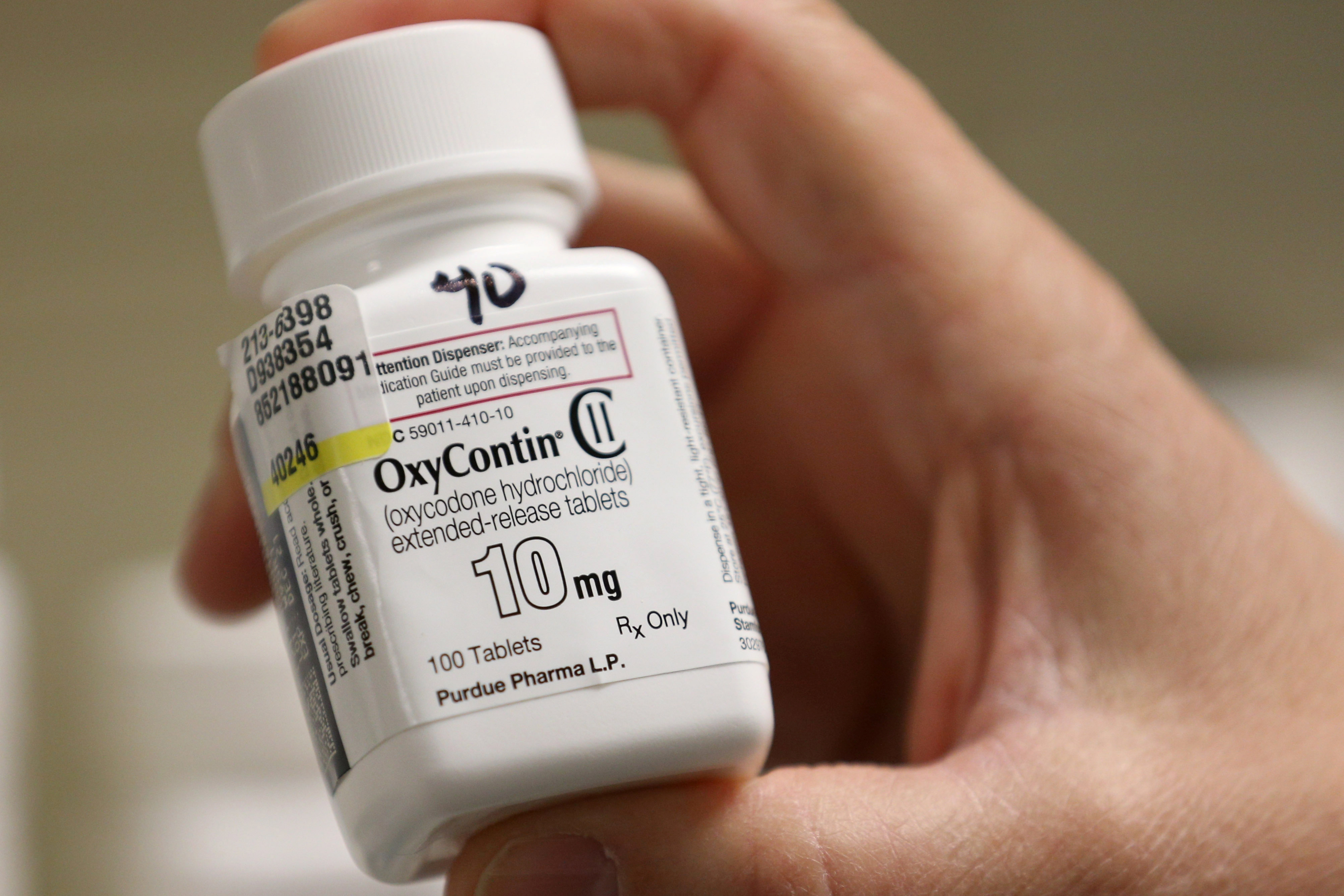 A pharmacist holds a bottle OxyContin made by Purdue Pharma at a pharmacy in Provo, Utah, U.S., May 9, 2019. REUTERS/George Frey

In terms of funding, the report pointed out several instances of organizations that receive funding from Purdue giving money to WHO. For example, Purdue contributed funds to the American Pain Society (APS). APS provided funding for WHO’s 2011 and 2012 guideline development on prescribing opioids for adults and children. APS declined comment to The Daily Caller News Foundation Thursday.

Clark called for WHO to rescind those guidelines, “provide a comprehensive explanation of why their internal controls failed to prevent this scheme, and issue a warning to the world that these documents are false, flawed and dangerous” on Twitter Wednesday.

Too many lives have been lost to the #opioidepidemic because of @purduepharma and the opioid industry’s criminal marketing strategies. Alarmingly, we’ve found that they’ve used the same ugly playbook to manipulate the @WHO and the results could be deadly.https://t.co/DsLEZ2RGMR

The report also detailed Purdue’s 1996 budget plan, which declared its goal to become the “opioid of choice” on the second rung of WHO’s pain treatment ladder. The plan states Purdue’s goal of “positioning OxyContin as the opioid to start with and stay with, thereby expanding the use of Step 2 [on WHO’s pain ladder].”

Rogers and Clark got the ball rolling on the report after WHO ignored a letter they wrote to its director-general about Purdue’s “dangerous and deceptive tactics” in 2017, they said. 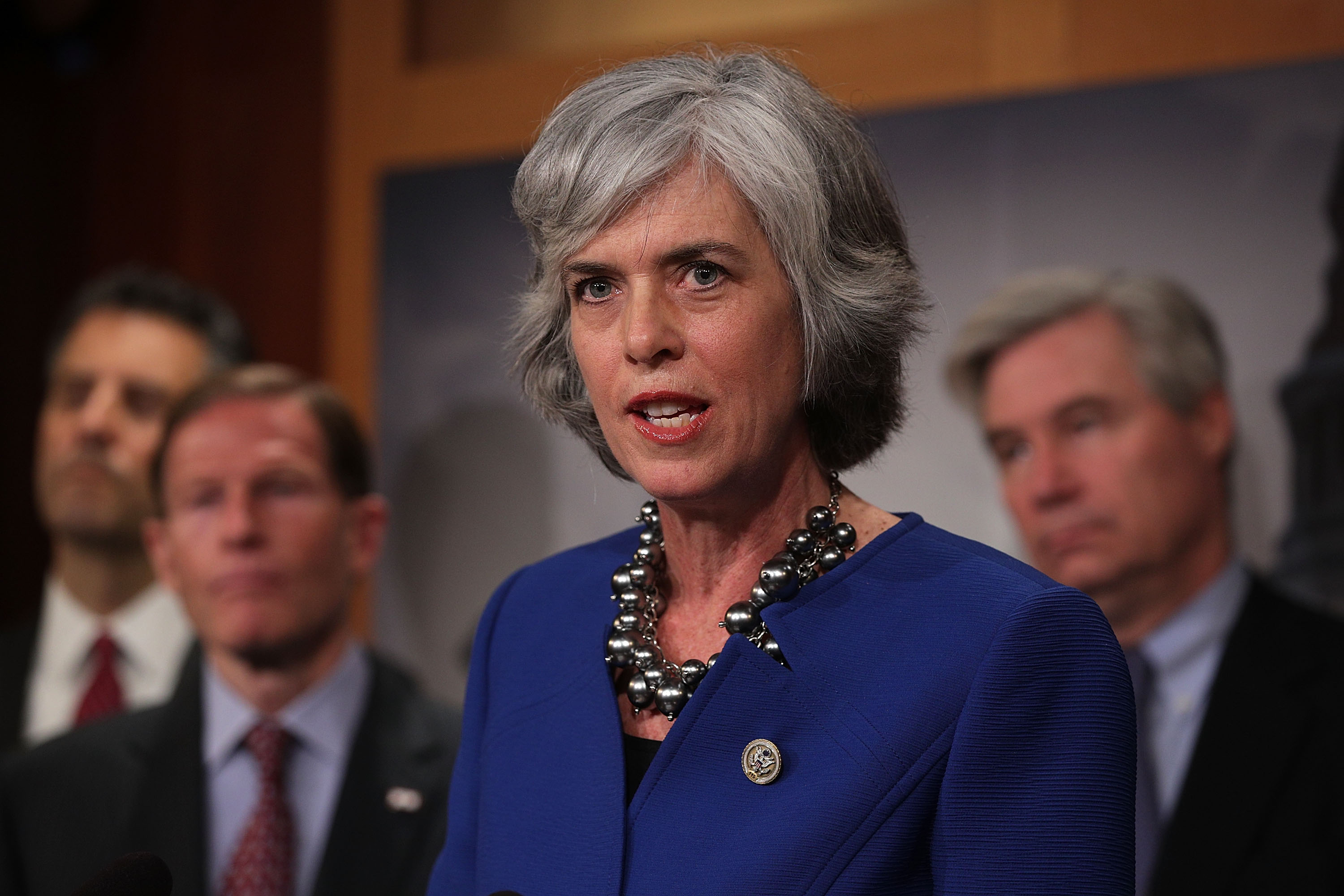 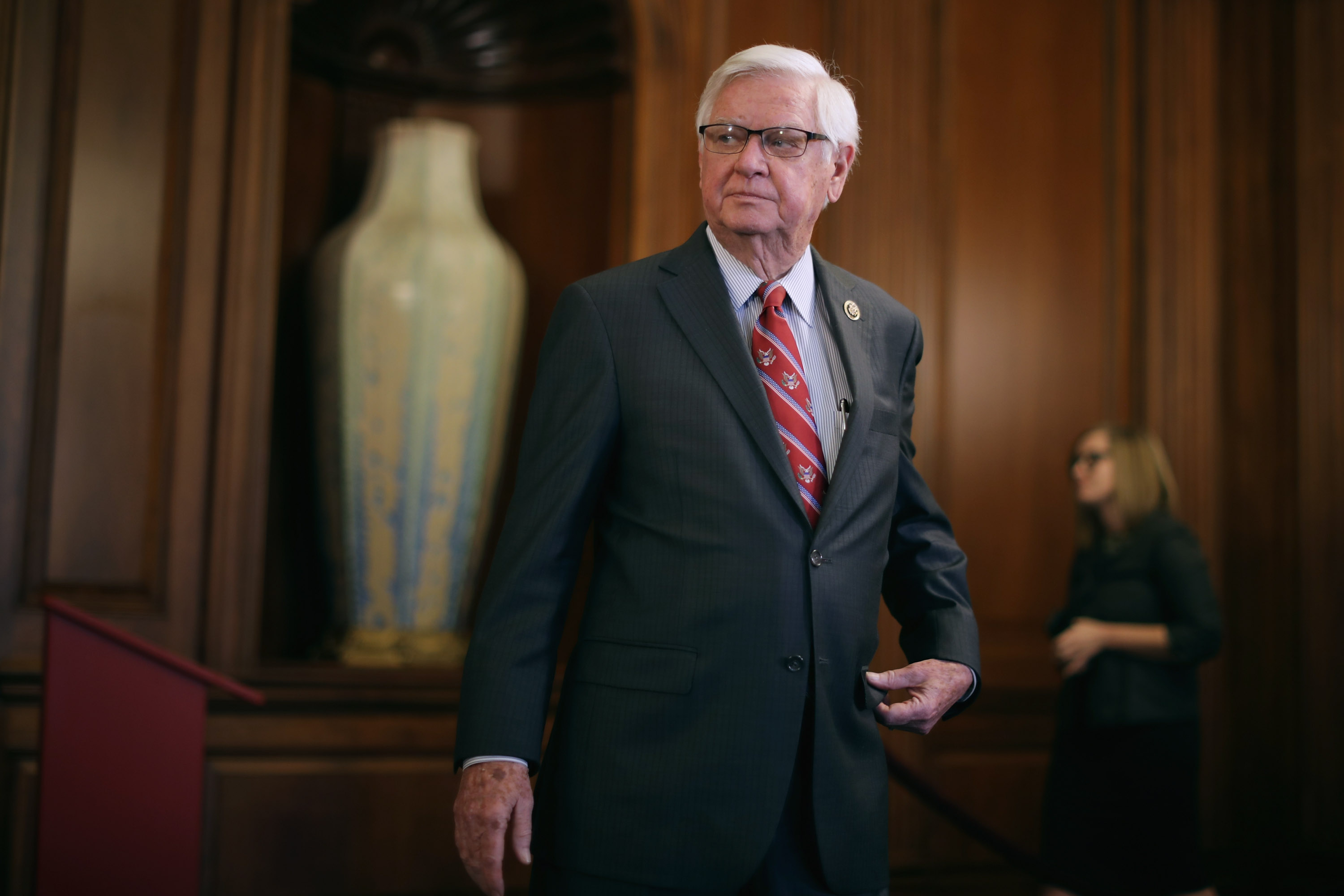 House Appropriations Committee Chairman Hal Rogers joined fellow Republican members of the House following the passage of The Comprehensive Addiction and Recovery Act at the U.S. Capitol May 13, 2016 in Washington, D.C. (Photo by Chip Somodevilla/Getty Images)

Their report comes about a week after five more states filed lawsuits against Purdue, joining 39 states suing the company claiming that it illegally marketed opioids. The Metropolitan Museum of Art announced May 15 that it will stop accepting gifts from members of the Sackler family still associated with Purdue Pharma.

Purdue strongly denies the claims in the congressional report, which seeks to vilify the company through baseless allegations.

Purdue Pharma L.P. is solely based in the United States with no international operations. The company has never violated any applicable rules or guidelines and no formal complaint or enforcement activity has resulted from Purdue’s financial support or relationship with any third party. These relationships are transparent and any potential conflicts of interest are fully disclosed.

The FDA has reviewed OxyContin more than 30 times since its initial approval and continues to approve it as safe and effective for treating chronic pain, having specifically declined to impose limits or include additional warnings on using opioids in high dose or long durations in response to a 2013 PROP petition.

Furthermore, a North Dakota court recently dismissed all claims filed against Purdue by the state’s attorney general, concluding that Purdue’s marketing practices were consistent with the FDA-approved product labeling.

Purdue is deeply concerned about the impact of opioid abuse and addiction and we remain committed to simultaneously supporting efforts that help pain patients in need and create real solutions to this public health crisis.