White House deputy press secretary Hogan Gidley is calling out The Wall Street Journal as “fake news” after the outlet claimed Thursday he spoke about President Donald Trump’s demeanor at a meeting he did not attend.

“Typical fake news. I was absolutely in the meeting [Trump] asked me about, and that’s what I commented on. [House Speaker Nancy Pelosi] has now mischaracterized President Trump’s calm, rational composure on many occasions — and these attempts to smear him need to stop now,” Gidley wrote on Twitter Thursday.

He was responding to a line from WSJ’s story that Washington Post’s Ashley Parker singled out in a tweet. (RELATED: Joe Biden Says He Got ‘Stuck With’ Writing Harsh Drug Legislation. 2020 Voters May Not Buy His Excuse)

“Hogan Gidley, a deputy press secretary, wasn’t even in the room for the meeting, but still attested to the president’s composure,” she wrote on Twitter Thursday with a link to the story she quoted from.

Typical fake news. I was absolutely in the meeting @realDonaldTrump asked me about, and that’s what I commented on. @SpeakerPelosi has now mischaracterized President Trump’s calm, rational composure on many occasions – and these attempts to smear him need to stop now. https://t.co/bMMgt09ULj

The WSJ story detailed Trump’s reaction to claims that he had stormed out of a Wednesday meeting with congressional Democrats. Trump then called on aides including counselor Kellyanne Conway and chief economic adviser Larry Kudlow to refute this claim during a Thursday press conference in the Roosevelt Room.

WSJ lumped Gidley in with other aides who were at the Wednesday meeting and reported that he spoke like he was there. 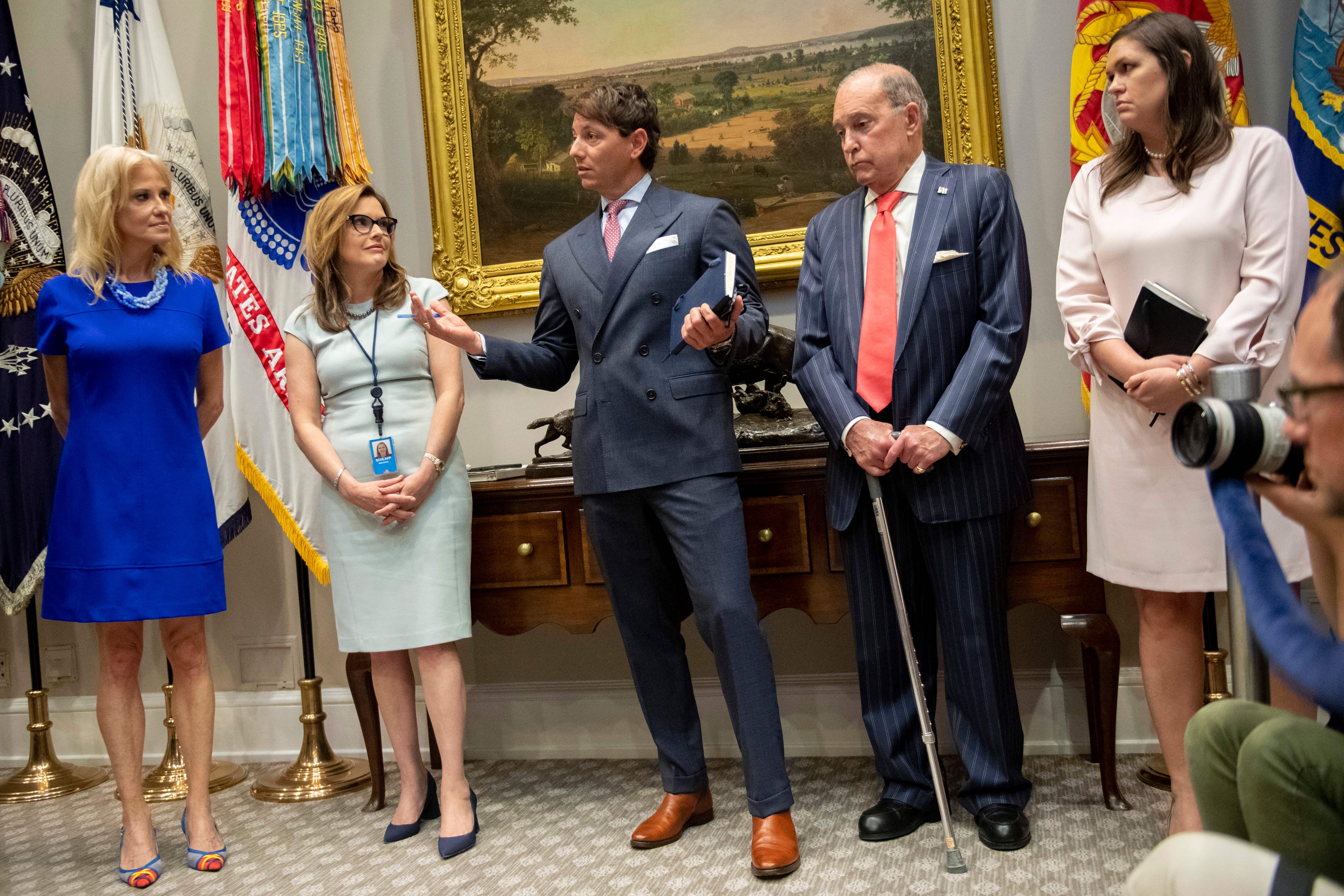 Trump had referenced accusations he threw a temper tantrum during a January meeting with Senate Minority Leader Chuck Schumer before asking Gidley to weigh in.

“I’ve seen the first one, Mr. President. And that accusation that you pounded your fist, I’ll be honest, you have every right to do that,” Gidley said. “We face a crisis on our southern border, and they’ve done nothing. They have not worked with you. All they’ve done is mocked and derided you, in fact, calling us liars, calling you a liar for calling out exactly what’s happening at the southern border. You laid it out, the case for them, they refused to work with you then, and they’re refusing to work with you now.”

Trump maintains he was “extremely calm” during Wednesday’s infrastructure meeting.