Kanye West hit back at critics of President Donald Trump and said the fact is right now “liberals bully people who are Trump supporters.”

The comments came during his upcoming appearance on David Letterman’s Netflix series, “My Next Guest Needs No Introduction” during a conversation about the 41-year-old rapper’s “fear” he had as a man during the #MeToo movement, per the Daily Beast on Thursday. (RELATED: Kanye West Defends His Support Of President Trump On Jimmy Kimmel Live) 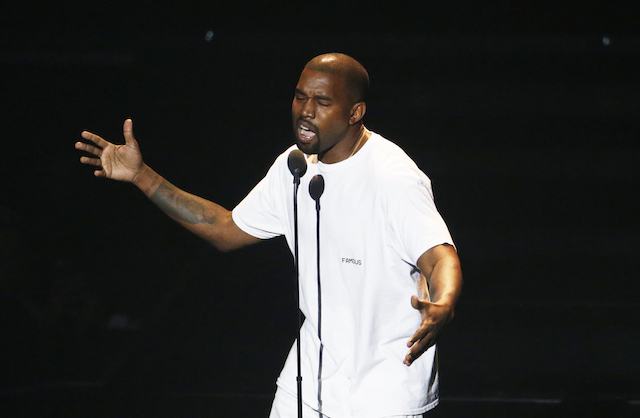 “This is like my thing with [President Donald] Trump—we don’t have to feel the same way, but we have the right to feel what we feel,” West shared, before explaining that when he wears his “Make America Great Again” hat, it’s “not about politics” but about taking away the stigma of supporting the president. (RELATED: Fans Don’t React To R. Kelly’s Boycott Over Sexual Abuse Allegations The Way You’d Expect)

Later, Letterman asked if the superstar rapper had voted for Trump.

Letterman shoots back that Kanye then doesn’t have a say in this.

“Well you got me, you got me,” the he responded, before going on what was described as an “anti-13th Amendment rant.”

Letterman then changes the conversation to accusing Republicans of voter suppression. But Kanye turns things around and instead talked about what Trump voters go through and expressed sympathy for them.

They are “treated like enemies of America because that’s what they felt,” the “Gold Digger” hitmaker explained. “Have you ever been beat up in your high school for wearing the wrong hat?”

Letterman then asked Kanye, “who is doing the bulk of the bullying in America right now?”

The interview with West will start streaming next Friday, May 31 on Netflix.