An MSNBC spokesperson defended how the network both worked with and covered disgraced celebrity lawyer Michael Avenatti, according to an op-ed published by the Washington Post Thursday.

Avenatti was indicted for the third time this year earlier this week for alleged fraud and aggravated identity theft related to his former adult film star Stephanie Clifford, who is professionally known as Stormy Daniels.

The spokesperson told the author of the WaPo op-ed:

“Similar to The Washington Post’s more than 200 citations of Michael Avenatti in its ongoing and in-depth coverage on the topic, we appropriately covered a high-profile legal matter surrounding the President of the United States and, as part of that, invited Mr. Avenatti to represent his client. We were also the first to report Mr. Avenatti’s arrest on-air within moments of him being taken into custody and continue to cover the latest on his subsequent indictment and extortion and fraud charges.”

MSNBC’s prime time star Rachel Maddow expounded on the spokesperson’s comments to WaPo, adding, “When I interviewed Avenatti about the Kavanaugh accuser he represented, the news at that point was that women were coming forward with allegations of mistreatment by a nominee for the Supreme Court. That story was still developing, and would continue developing for days to come.” 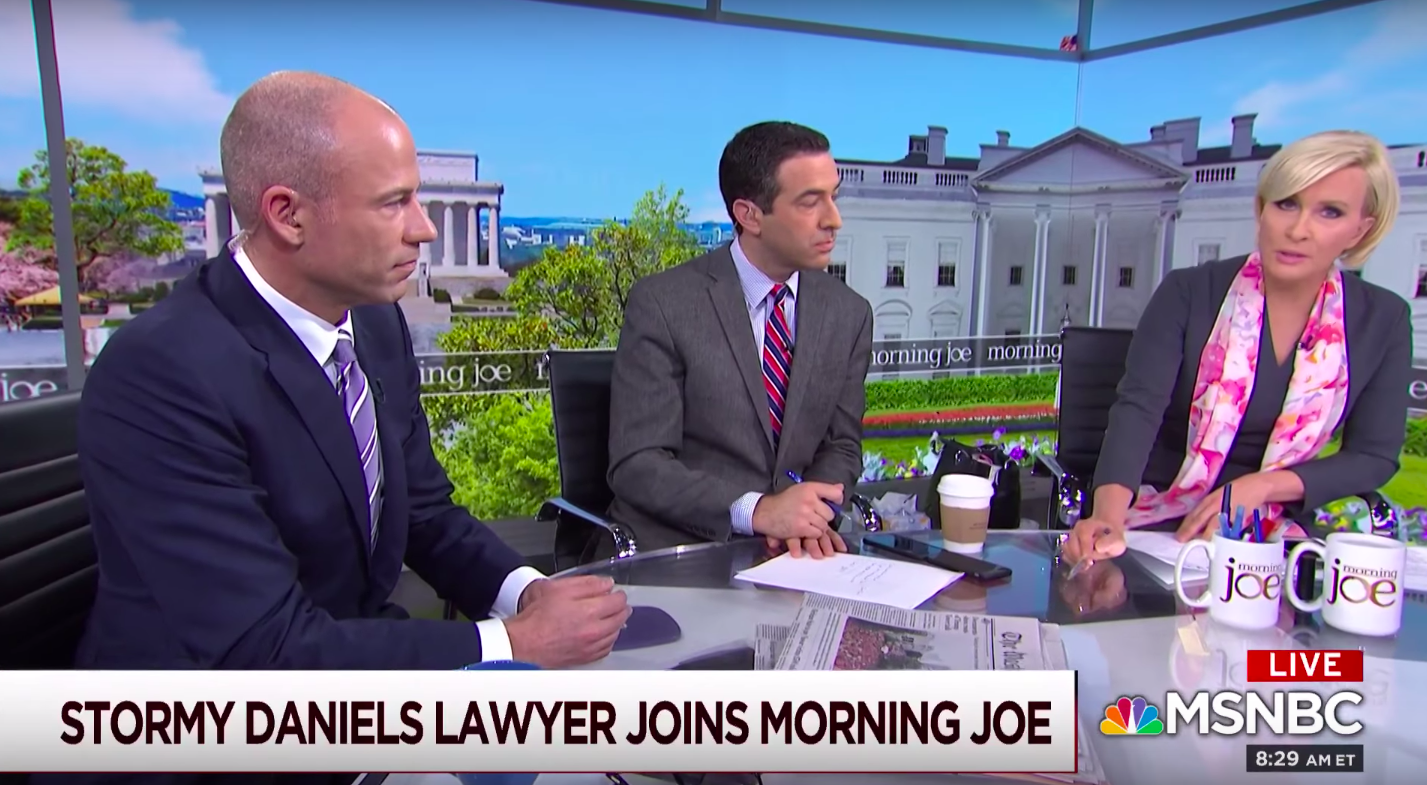 During a 10-week period last spring, Avenatti appeared on cable news 147 times with 57 of them coming on MSNBC, according to Newsbusters (which was still less than his 74 appearances on CNN). He appeared on MSNBC’s network seven times back on May 3, 2018, and was most often on “The Last Word with Lawrence O’Donnell,” where he was a guest 16 times in that same time period. (RELATED: CNN Hosts Avenatti 59 Times In Two Months)

Avenatti received praise from multiple MSNBC personalities, with some going as far as to represent him as the leader the Democratic Party needed to beat President Donald Trump in 2020.