Jurors found Emanuel Kidega Samson guilty of first-degree murder Friday for a 2017 Nashville church shooting that resulted in one woman dead and seven others wounded.

The jury found Samson guilty on all 43 counts, including the first-degree murder of Melanie L. Crow. The 38-year-old was in the church parking lot on her way to get a cough drop when she was shot, Deputy District Attorney Amy Hunter said. Some of Crow’s family members testified at the trial.

“Melanie touched and left an impression on everyone she met,” Bridget Polson, Crow’s sister, testified. “She had a big heart, a beautiful smile, and an uplifting soul.”

Prosecutors played jail calls during the trial following the shooting where Samson and his ex-girlfriend can be heard laughing about the victims and talking about how good Samson looked in media coverage.

Samson allegedly left a note about the South Carolina shooting massacre in 2015. His note said he was trying to kill at least 10 white churchgoers as revenge, Hunter said, according to The Associated Press. 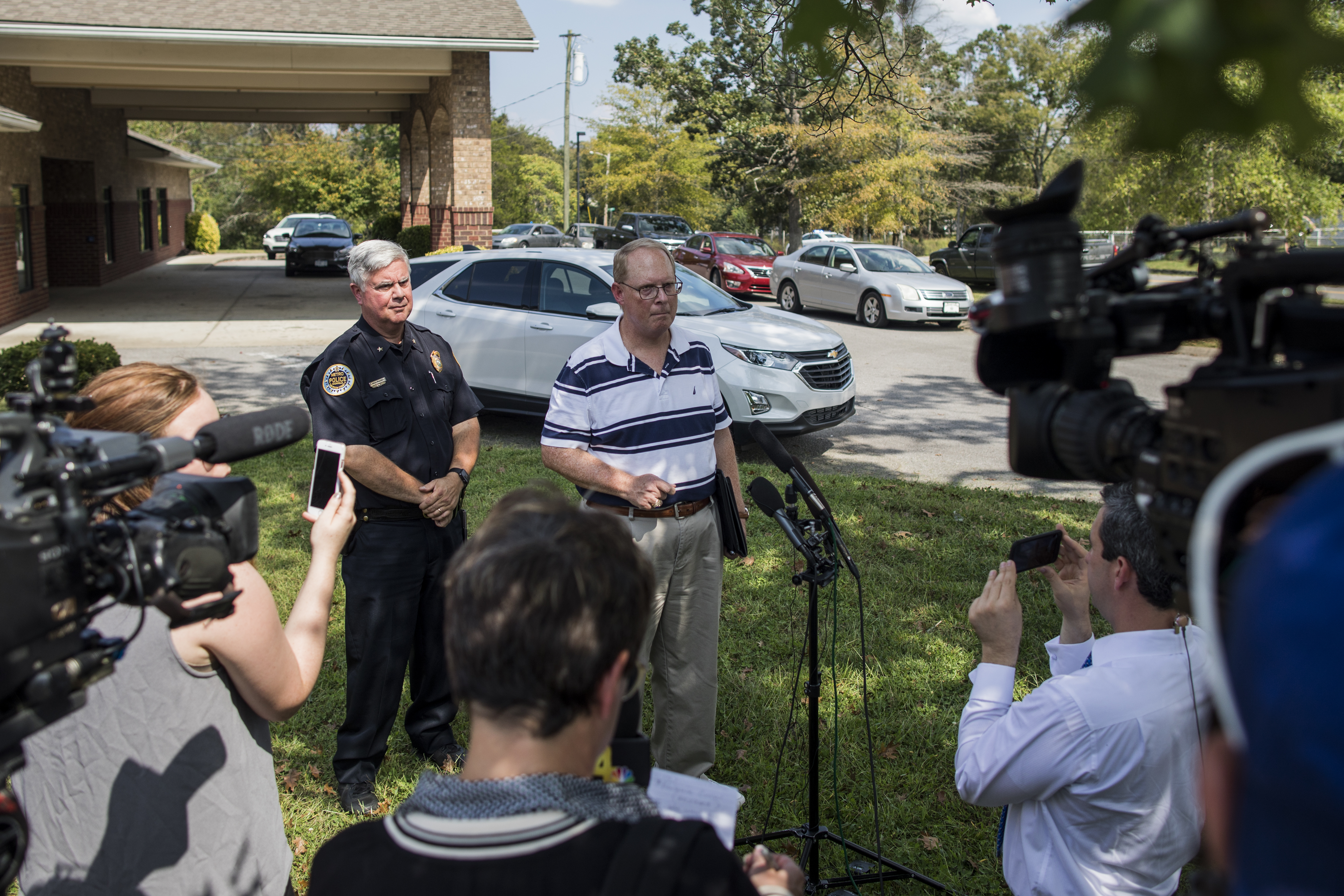 Samson testified he didn’t remember most of the shooting — his memory, he said, starts toward the end when he was shot in the chest as a congregant tackled him. Samson said he has mental health disorders and they cause extreme mood swings and memory lapses, and that he experienced them before the shooting, the AP reported.

Prosecutors used the jail calls with his ex-girlfriend to say this memory loss was a “convenient way” of avoiding tough questions on the stand, according to the AP.

Samson had been previously diagnosed with “schizoaffective disorder bipolar type” and post-traumatic stress disorder because of an abusive upbringing, according to an open hearing in April.

During his testimony, Samson also said he had no recollection of writing the note that talked about white supremacist Dylann Roof’s 2015 church shooting of black congregants. The note was found in his car outside of the Nashville church after the shooting. Prosecutors said it included a reference to the pan-African flag.

“Dylann Roof is less than nothing,” the note read, Hunter said in court. “The blood that 10 of your kind will shed is that of the color upon the RBG flag in terms of vengeance.”

The note included a smiley face at the end.

Prosecutors mentioned Robert Caleb Engle during the trial as well, citing him as a hero. The 24-year-old said he confronted Samson twice during the shooting and was pistol-whipped in the head three times. As the fight continued, he pushed the gun back onto Samson and a shot fired. He said Samson was hit, and Engle’s father then kicked the gun away from the shooter.

Engle said he got his father’s gun from his truck and guarded Samson until the authorities arrived, AP reported. Samson was wearing a tactical vest and a mask that had a clown smile.

People who were attending the Burnette Chapel Church of Christ that day also testified throughout the trial. They talked about the bullets and blood that came about shortly after their Sunday worship service ended — some with gunshot wounds to show for the massacre.

The jury is considering a life sentence without parole.