A Russian-British academic is suing FBI informant Stefan Halper for defamation over what she claims is a conspiracy to smear her and former national security adviser Michael Flynn through the media, according to a lawsuit filed Thursday.

“Stefan Halper is a ratfucker and a spy, who embroiled an innocent woman in a conspiracy to undo the 2016 Presidential election and topple the President of the United States of America,” Lokhova wrote in the lawsuit, which she filed in federal court in Virginia.

Lokhova asserts that Halper worked with the FBI and “political operatives” at Cambridge to seed stories about her interactions with Flynn at a dinner hosted at the storied British university on Feb. 28, 2014, when Flynn served as director of the Defense Intelligence Agency (DIA). (RELATED: Cambridge Academic Reflects On Interactions With ‘Spygate’ Figure)

The stories were planted, she claims, in order to “fuel and further the now debunked and dead narrative that the Trump campaign colluded with Russia.”

She claims that Halper, who served in four Republican administrations, spread false allegations and insinuations in the press and at Cambridge that she was a Russian agent who had attempted to recruit Flynn at the dinner. Stories that appeared in the press beginning in 2017 hinted that she used sex to lure the retired lieutenant general.

The lawsuit does not provide direct evidence that Halper was behind news stories about Lokhova. But Lokhova pieces together clues in news reports that point to Halper’s role in raising questions about the 2014 dinner. She also claims that colleagues and reporters have told her that Halper has spread rumors about her. 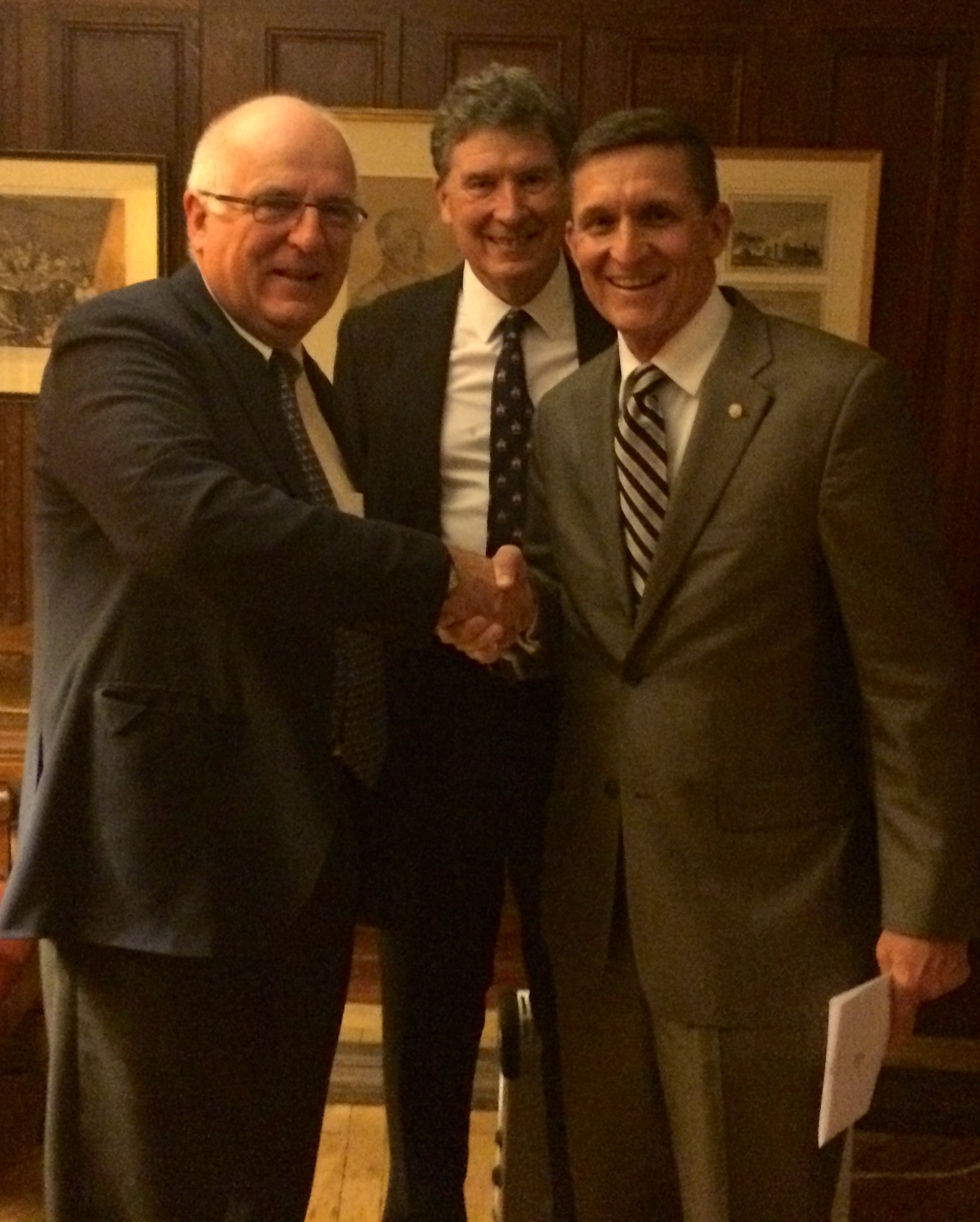 Lokhova, who is an expert in Soviet-era espionage, vehemently denies being a Russian spy or of having any improper contact with Flynn. She claims, contrary to news reports, that she was never alone with Flynn at the Cambridge event. Her lawsuit cites other Cambridge academic and dinner attendees who have dismissed the possibility that anything improper occurred at the dinner.

Halper ran the Cambridge Intelligence Seminar, an academic forum that hosts current and former Western spies, with Sir Richard Dearlove, the former head of MI6, and Christopher Andrew, the official historian of MI5.

He has also reportedly worked as an FBI informant for more than two decades. During the FBI’s Russia investigation, Halper was tasked with making contact with former Trump campaign aides Carter Page and George Papadopoulos. Halper met Page in July 2016 at a forum at Cambridge. The pair remained in contact through September 2017. In September 2016, Halper reached out to Papadopoulos and offered him $3,000 and a trip to London to discuss writing an academic paper.

Papadopoulos accepted the offer and met with Halper and a woman he claimed was his assistant. The woman, who went by the alias Azra Turk, was actually a government investigator.

Lokhova now believes that Halper was working on a similar operation targeting Flynn, and that she was caught up as collateral damage.

The first story that hinted at impropriety between Flynn and Lokhova was published on Feb. 19, 2017 by Andrew, the Cambridge historian and Lokhova’s mentor. The piece reads as a lighthearted jab at Flynn, who had been fired as national security adviser three days earlier because of his contacts with Russia’s ambassador.

But Lokhova maintains that the article is “laden with sexual innuendo.” In it, Andrew claims that Flynn asked Lokhova to travel with him to Russia and to serve as his translator. He also claimed that Flynn referred to himself as “General Misha” in an email to Lokhova. She denies all the claims.

Several news outlets followed up on Andrew’s article with the added details that American intelligence authorities had been tipped off about Flynn’s contact with Lokhova.

The Wall Street Journal, which Lokhova is suing, reported details of the dinner on March 18, 2017. The story was framed in terms of Flynn failing to tell Defense Intelligence Agency officials about his interactions with Lokhova.

The Guardian published a story on March 31, 2017 that had similar claims.

Both stories claimed that unidentified dinner attendees raised concerns about Flynn and Lokhova that had been shared with U.S. intelligence authorities.

It wasn’t until Halper was identified as an FBI informant that it was reported that he was one of the Cambridge professors who raised concerns about Lokhova.

The New York Times and Washington Post, who Lokhova is also suing, reported that Halper was one of the Cambridge professors who raised warnings about the dinner. The Post reported on June 5, 2018 that Dearlove, the former MI6 chief, also raised concerns about Lokhova.

Notably, The Times’ article, published on May 18, 2018, does not mention Lokhova or Halper by name in its article describing Halper’s role as an FBI informant.

“Halper drew Plaintiff into a web of lies,” Lokhova claims in the suit, which seeks $25,350,000 in damages from Halper and the news outlets.

“As part of the sophisticated counterintelligence operation, Halper manufactured and published numerous false and defamatory statements. Halper misrepresented that Plaintiff was a ‘Russian spy’ and a traitor to her country and that Plaintiff had an affair with General Flynn on the orders of Russian intelligence.”

Lokhova also says in the lawsuit that she now believes that an invitation she received from Andrew in January 2016 to a dinner at Halper’s house was part of ploy to “probe” her for information on Flynn.

“In truth, Halper had no interest in Lokhova’s work. Rather, Halper wanted to have dinner with Lokhova to probe her for information relating to Flynn in the hopes that his FBI handlers might find a basis upon which to file an application to conduct surveillance and spy on General Flynn,” Lokhova asserts.

Lokhova, who declined the invitation, has questioned why, if Halper was worried about her contacts with Flynn, as has since been reported, he would invite her to dinner.

Andrew’s involvement in several key developments in the Flynn saga has led Lokhova to now question the motives of her former mentor.

“Halper enlisted Andrew and Dearlove in his scheme to defame Lokhova and General Flynn,” she claims.

In addition to The Wall Street Journal, New York Times, and Washington Post, Lokhova is also suing NBC Universal. She claims that MSNBC analyst Malcolm Nance has defamed her by calling her a “Russian intelligence officer” and a “honeypot,” the espionage term used to describe a spy who uses sex to lure targets.