President Donald Trump is reportedly pushing behind the scenes to give a border wall contract to a construction company led by a GOP donor and frequent guest of conservative media.

The president has made a personal effort in encouraging the U.S. Army Corps of Engineers to choose Fisher Industries for a border wall contract, said administration officials who spoke with The Washington Post. The CEO of Fisher Industries, Tommy Fisher, is a well-known GOP donor who has made numerous appearances on Fox News and other outlets.

Military commanders and officials within the Department of Homeland Security have reportedly grown alarmed after Trump pushed the idea in White House meetings and with Lt. Gen. Todd Semonite, the commanding general of the Army Corps. The federal agency Semonite leads is the contracting authority for border wall projects, and it must refrain from any degree of favoritism for a particular company.

“The U.S. Army Corps of Engineers goes to great lengths to ensure the integrity of our contracting process,” Raini W. Brunson, an Army Corps spokesperson, said in a statement to WaPo.

However, a senior White House official said Trump has not explicitly ordered Semonite to give a contract to Fisher Industries. The president’s interest in the North Dakota-based construction company, according to the official, stems from him hearing its work would cost less and be done faster — and that he would be interested in any other firm that could perform the work more efficiently.

Fisher has repeatedly gone on television to tout his company’s version of a border wall, arguing it could be built faster and cheaper than his competitors. The public testimonials caught the attention of Trump, who has grown agitated at the slow process of wall construction on the U.S.-Mexico border. 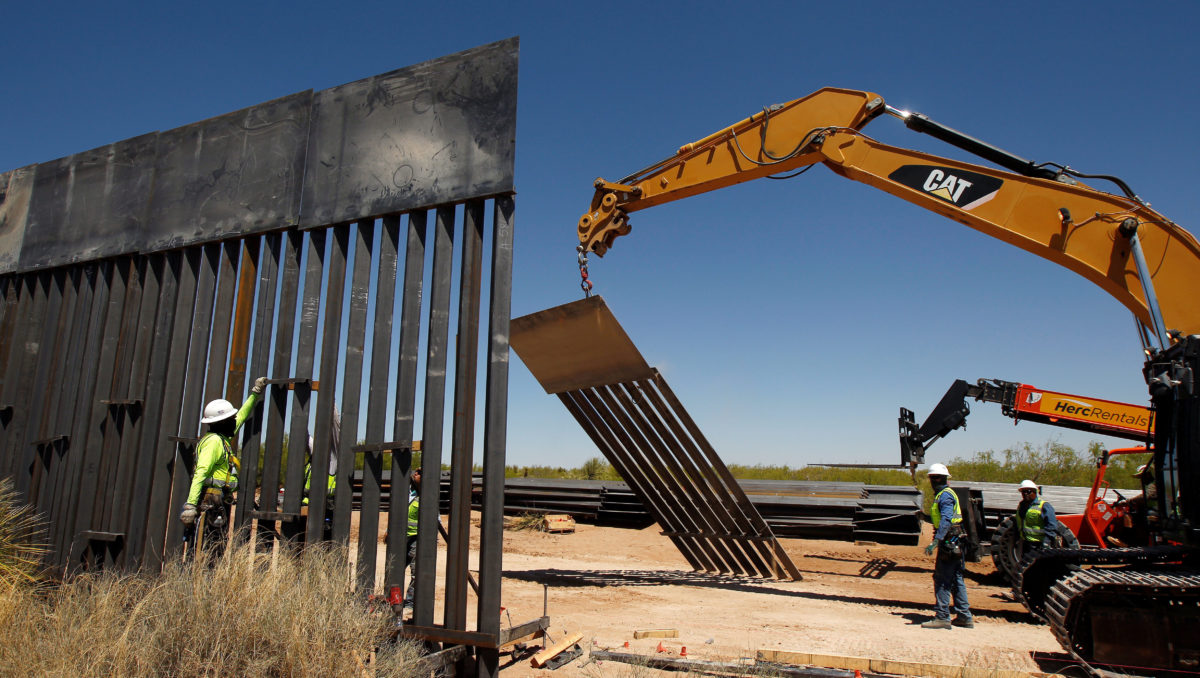 “The Corps said it couldn’t be done, but now the Border Patrol has seen it,” Fisher said during a Wednesday interview with a North Dakota radio station, speaking about his company’s construction project using private funds. “They’ve been out each day, and the proof’s in the pudding, and after that, it’s going to open up a whole new narrative about how border security should be handled, who should construct it, and the border agents will finally get what they deserve.”

Fisher Industries sued the government in April after it did not win a contract from Army Corps to install barriers along the border — losing out on a deal that was potentially worth billions. (RELATED: Judge Raises Serious Questions About Democrats’ Border Wall Lawsuit)

“The President is one of the country’s most successful builders and knows better than anyone how to negotiate the best deals,” White House press secretary Sarah Sanders told WaPo. “He wants to make sure we get the job done under budget and ahead of schedule.”

The construction company is alleging the Army Corps procurement process is ripe with improprieties.

1
'You Are Something Else': Trump Chastises PBS Reporter After She Interrupts Him With Questions During Bill Signing
Media
2
15 People Died In The Protests And Riots Following George Floyd's Death. Here's Who They Are
US
3
Woman Complains About Kids Playing In A Toy Car. Her Excuse Is Hall-Of-Fame Level Pathetic
Editorial
4
New Bill Would Prevent Trump From Nuking Hurricanes
US
5
'Beyond Reform': Ilhan Omar Calls To Disband Minneapolis Police Department
US