Jake Patterson was sentenced to life in prison without parole on Friday after kidnapping Jayme Closs and murdering her parents in 2018.

Patterson, a 21-year-old from Wisconsin, received two life sentences for the murders of James and Denise Closs as well as 40 years for kidnapping Jayme Closs. Jennifer Smith, Jayme’s aunt, said to the press after the sentencing that she was satisfied with the verdict.

“Today was a very important step in the process of helping Jayme to move forward,” she said. “We are satisfied with the outcome and believe that it will give Jayme some much needed peace of mind.”

The family attorney read a statement from Jayme Closs at the trial.

“Jake Patterson will never have any power over me,” the statement read. “I feel like I have some power over him, because I get to tell the judge what I think should happen to him. He stole my parents from me. He stole almost everything I love from me. For 88 days he tried to steal me, and he didn’t care who he hurt or who he killed to do that.”

Jayme was held for three months before she escaped on January 10, 2019. Upon his arrest, Patterson gave a detailed confession to police describing the kidnapping and double murder. 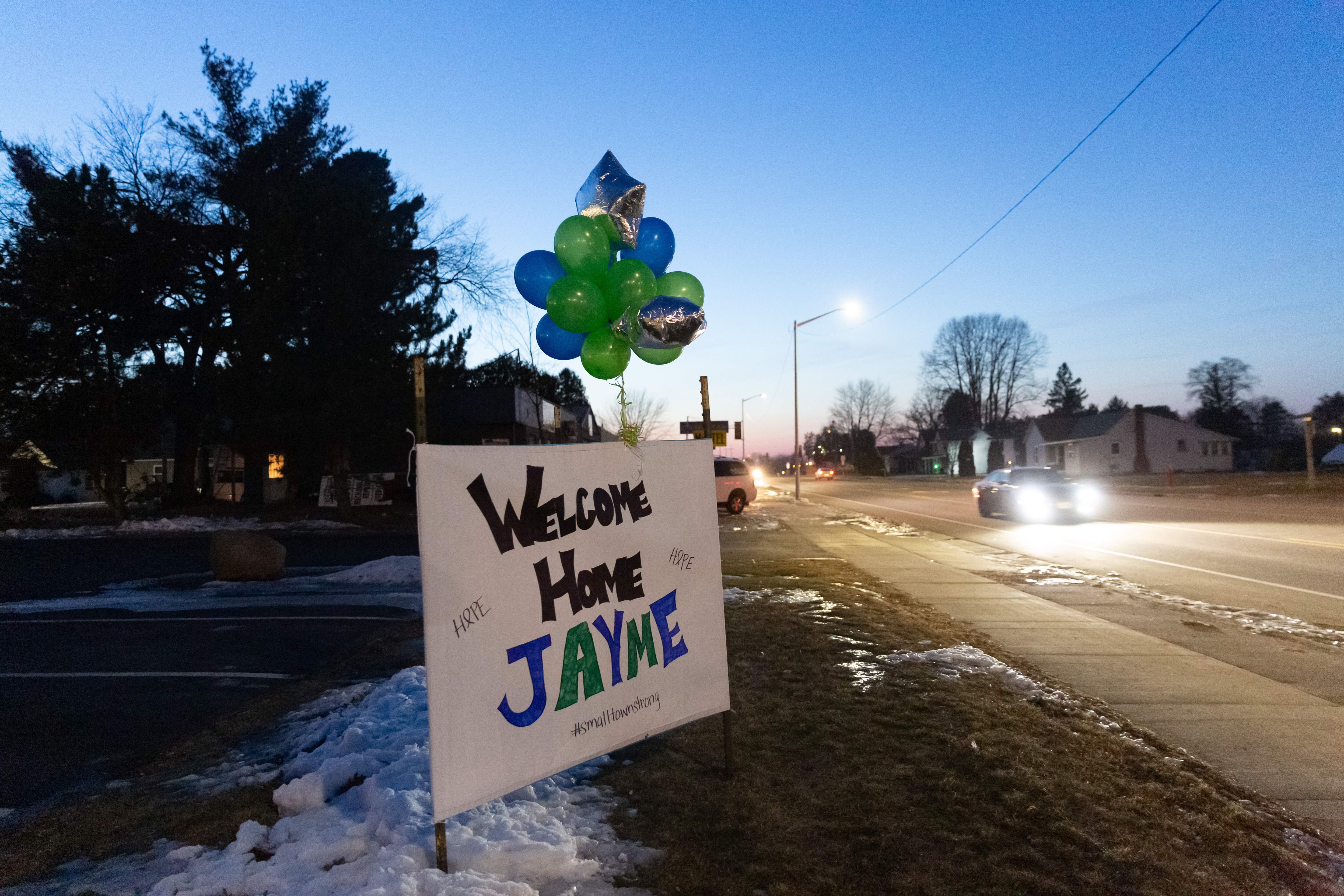 A “Welcome Home Jayme” sign displayed for Jayme Closs on January 11, 2019 in Barron, Wisconsin, one day after the missing teenager was found coming out of nearby woods. (KEREM YUCEL/AFP/Getty Images)

Patterson first saw 13-year-old Jayme Closs boarding a school bus as he went to work. He said that he knew right away she was the one he would take, the criminal complaint states.

He told officers that he went to Jayme’s house two times to kidnap her, but was scared off because of cars in the driveway and people walking around inside the house. The third time he went to the house was on October 15.

Jayme told investigators that she heard her dog barking that night and got up. She saw a car coming up their driveway. Patterson got out, mask on and shotgun in tow. He came to the front door and shot and killed James Closs through a window as Jayme and her mother hid in a locked bathroom.

Using his father’s 12-gauge Mossberg shotgun, Patterson shot through the lock on the door and went room-to-room, searching to Jayme, CNN reported. He found the locked bathroom door, ramming it over and over again until the door split in two.

Patterson then ripped down the shower curtain to find 46-year-old Denise Closs cradling her daughter. She refused to cover Jayme’s mouth with the duct tape that Patterson handed to her, so he did it himself, tying Jayme’s wrists and ankles as well, CNN said.

Then, Patterson grabbed Jayme in a “bear hug,” he told police. He shot Denise in the head, and left the house with Jayme. Here is what Jayme endured during the months that she was held captive about 70 miles from her home, according to the New York Times:

On January 10, 2019, Patterson told Jayme that he was leaving for a few hours. She forced her way out and grabbed a pair of Patterson’s sneakers, the New York Times said. Running to a nearby road with the sneakers on the wrong feet and no coat, she ran into a woman walking her dog. 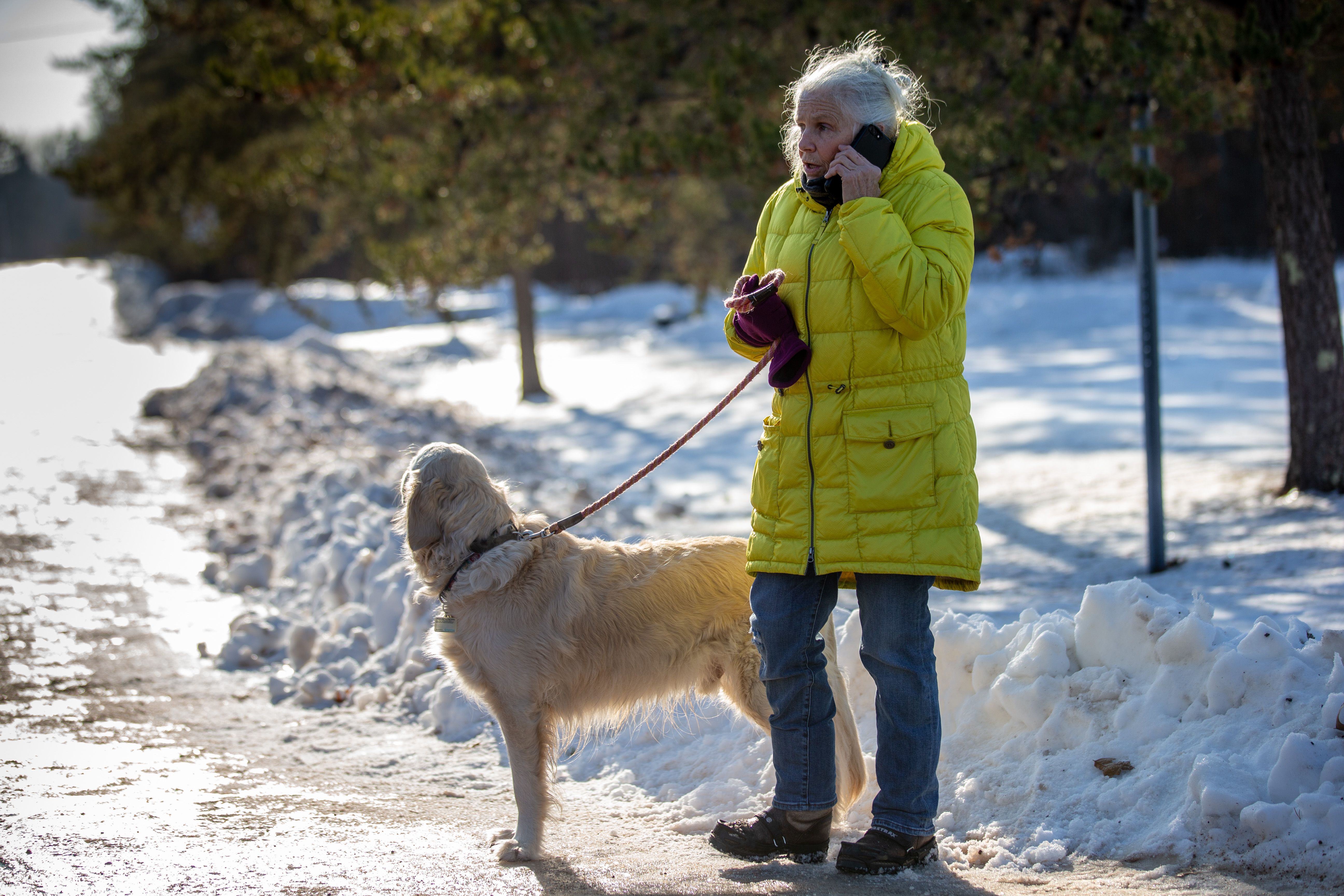 Jeanne Nutter speaks to the press on January 11, 2019 in Gordon, Wisconsin. Nutter, walking her dog near the cabin she owns with her husband Forrest on January 10, encountered Jayme Closs coming out of nearby woods. (KEREM YUCEL/AFP/Getty Images)

“I’m Jayme Closs,” the woman recalled Jayme saying, according to the Times. “Please help – I want to go home.” The woman ushered her to a neighbor’s house and directed them to call the cops while the neighbor’s husband stood guard at the door with a gun, CNN said. (RELATED: No Developments In Search For Colorado Mom Who Went Missing On Thanksgiving)

During this time. Patterson had come back home and seen that Jayme was missing. He was driving around looking for her when police saw his car, which Jayme had described to them. He was pulled over and, allegedly, immediately knew that he was caught.

You are the embodiment of evil and the public can only be safe if you are incarcerated until you die,” he told Patterson. “There is no doubt in my mind that you are one of the most dangerous men to walk on his planet.

Jayme Closs’ statement talked about the effect that the kidnapping and murder had on her at the trial. It also said that “he can’t take away my freedom.”

“He should be locked up forever,” the statement read.