“We, the Palestinian factions, strongly condemn the German parliament’s statement to criminalize the boycott of the Israeli occupation, especially the international boycott movement (BDS), and declare it a form of anti-Semitism,” Hamas wrote in the press release.

“This statement comes as a great shock to our Palestinian people, who have been fighting for their freedom, independence and statehood, especially that BDS is a peaceful means aiming to put pressure on the Israeli occupation to end its occupation and stop its aggression against us,” the statement continued.

Hamas is a notable Sunni-Islamist fundamentalist that has been designated as a terrorist organization by numerous countries and international organizations including the United States, Israel and the European Union. (RELATED: Rashida Tlaib Hosts Another Extreme Anti-Israel, Terror-Affiliated Activist On Capitol Hill)

The BDS movement seeks to punish the nation-state of Israel by boycotting the country over its alleged mistreatment of Palestinians living in the Gaza Strip and West Bank.

It strives to isolate Israel at the international level in order to progress Palestinian political objectives and is “the most prominent effort to undermine Israel’s existence,” according to the Anti-Defamation League (ADL).

BDS initially metastasized in the U.S. through college campuses. It has been linked to anti-Israel terrorist organizations and it is now supported by progressive members of Congress.

The German Parliament passed a non-binding resolution on May 17 which defined the movement as anti-Semitic. The resolution further pledged not to provide funding for any organization doubting Israel’s right to exist, as well as those that either call for the boycott of Israeli products or actively support the BDS movement, reported The New York Times. Moreover, the resolution restricted public space and support for groups associated with BDS. 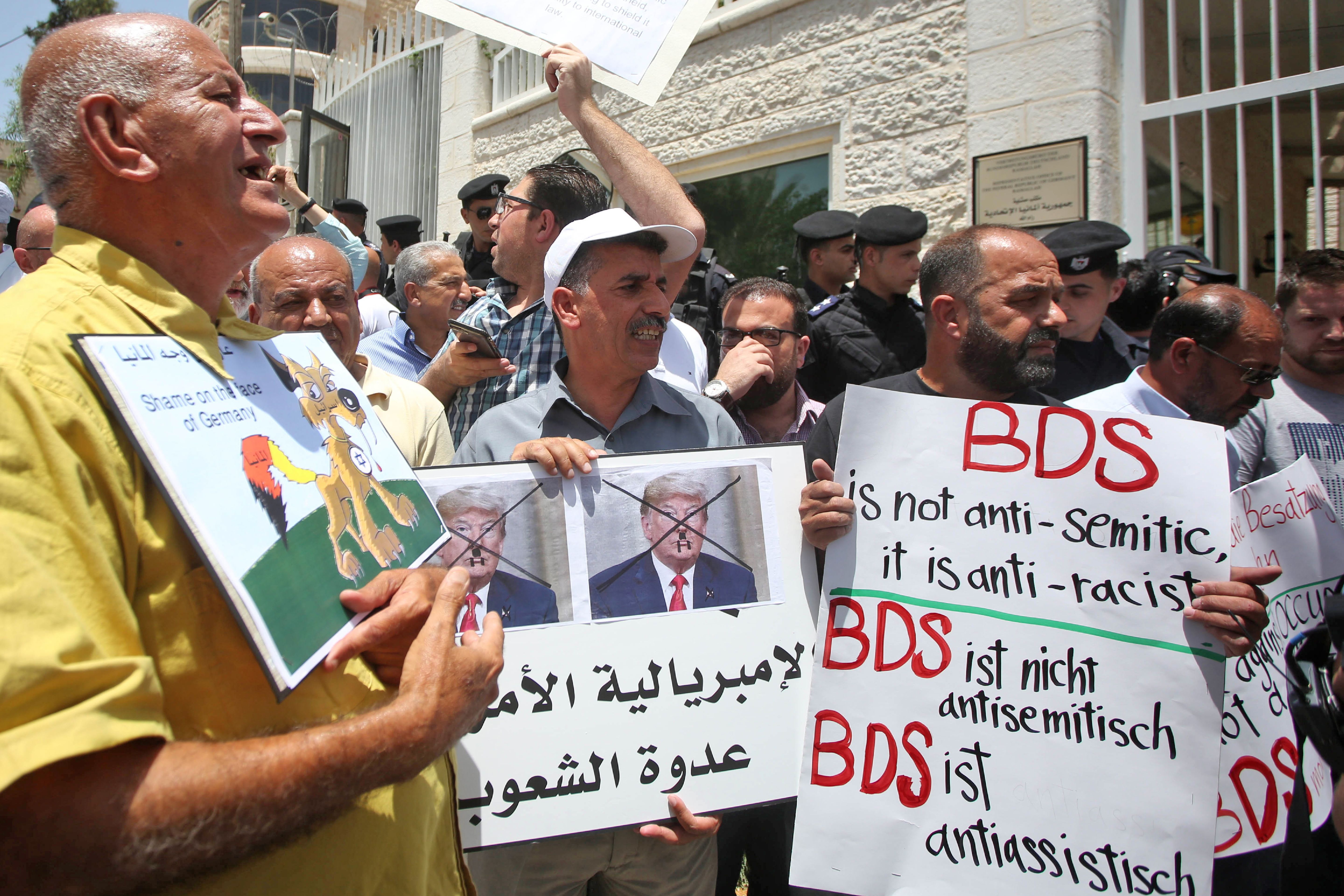 Protesters stage a demonstration outside Germany’s Representative Office in Ramallah in the Palestinian West Bank on May 22, 2019, following the Bundestag’s (German parliament) condemnation of the Boycott, Divestment, Sanctions (BDS) movement as anti-Semitic. (AFP/Getty Images)

The Hamas press release contended that BDS is a “peaceful means” to exercise Palestinian’s “right to resist” and “freedom of expression.” It also argued that the resolution provides cover for Israel’s “racist policies and aggression” and promulgates a “historical fallacy and a violation of reality.” (RELATED: Inside The Ties Between Anti-Israel BDS And Palestinian Terror Orgs)

“We look forward to the German parliament’s taking a bold decision to reverse this statement and even replace it with resolutions that support the right of our people to establish their independent state with Jerusalem as its capital,” the statement continued. “We eye for Germany’s continued support for our people languishing under occupation by all political and material means.”