Memorial Day was first observed more than 150 years ago to honor Civil War soldiers, but it did not become an official holiday until 1971.

It was initially known as Decoration Day and first widely celebrated on May 30, 1868, according to PBS.

“The 30th of May, 1868, is designated for the purpose of strewing with flowers, or otherwise decorating the graves of comrades who died in defense of their country during the late rebellion, and whose bodies now lie in almost every city, village and hamlet churchyard in the land,” Gen. John Logan, leader of a northern Northern Civil War veterans group said, History reported. 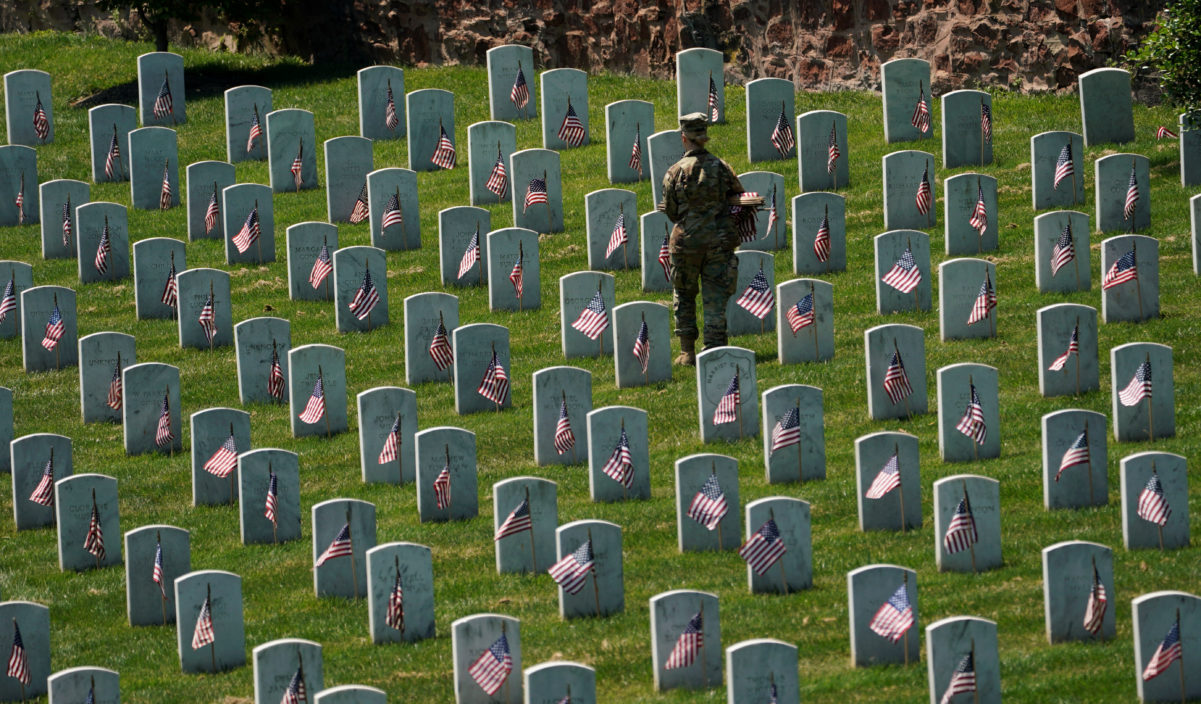 An Old Guard takes part in “Flags-In”, an annual event where a small American flag is placed in front of more than 240,000 headstones of U.S. service members buried at Arlington National Cemetery in Arlington, Virginia, U.S., May 23, 2019. REUTERS/Kevin Lamarque

Nearly 5,000 people helped decorate the graves of more than 20,000 Union and Confederate soldiers at Arlington National Cemetery in Washington, D.C., during the first Decoration Day, according to the U.S. Department of Veteran Affairs. Some believe the May 30 date was chosen because flowers would be in season around the nation.

There has been some controversy over the official origins of Memorial Day, with nearly 25 locations having some sort of connection with the beginning of the holiday.

President Lyndon Johnson and Congress named Waterloo, New York, as the official birthplace of Memorial Day in 1966, however. Waterloo reportedly held a ceremony on May 5, 1866, honoring local Civil War veterans. Residents flew flags at half-staff and stores were closed.

Following World War I, the holiday began commemorating all of those who died in service during American wars. (RELATED: Tom Cotton Has A Request For Americans This Memorial Day, Our ‘Most Sacred National Holiday’)

Americans are encouraged to give a moment of silence at 3 p.m. on Memorial Day to honor fallen soldiers.