USA Powerlifting makes a pointed defense on its website against critics who say the federation’s policy of barring biological men from women’s competitions is discriminatory.

A paragraph in the “Q and A” section of its statement on transgender policy makes their line of thinking clear — sports are by definition discriminatory, and the transgender policies they are enforcing are rooted in a desire for fair play, not hate.

“While the term discrimination is used to catch the attention of the public, it is often misused,” the paragraph reads. “We are a sports organization with rules and policies. They apply to everyone to provide a level playing field.”

It’s not discriminatory to prevent a 7-year-old girl from competing with women, they note, or for a college event to bar a 40-year-old. (RELATED: Liberals Abandon Science In Transgender Athlete Dispute)

A dispute with transgender athlete JayCee Cooper has put the federation in the crosshairs of some transgender advocates who say it is discriminatory to prevent Cooper, a biological male, from competing with women, the sex Cooper identifies with. Cooper was retroactively stripped of competitive wins after officials learned in a post-competition drug test that Cooper is a biological male.

“It’s not fair to genetically eliminate an entire group of people,” Cooper told NBC News. (RELATED: Media Reports On Transgender Athletes All Seem To Be Missing One Thing)

USA Powerlifting made the policy after its researchers concluded biological men have an unfair advantage over biological women in powerlifting that extends beyond testosterone levels and cannot be reversed with hormones. Biological men who identify as a woman are allowed to compete with men, or in an open division. 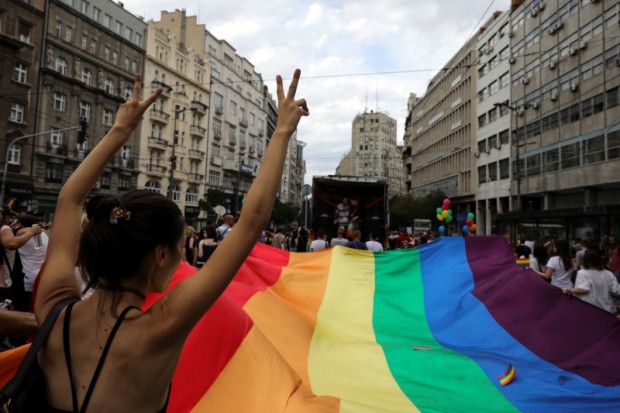 The federation has since explained and defended its decision in several forums, including in a newsletter update, which said, “While it might be emotionally provoking to demand the rights of a few, the rights of others — the athletes who wish to compete in an organization with rules that provide clean and fair sport — must also be considered.”

The full paragraph on the website on discrimination reads:

Why are you discriminatory towards transgender athletes?
A – While the term discrimination is used to catch the attention of the public, it is most often misused. We are a sports organization with rules and policies. They apply to everyone to provide a level playing field. We have restriction such as age eligibility, who can compete as at our national events and so on. No, you are not discriminated against because you are a 40-year-old college student that is not allowed to compete at Collegiate Nationals. No, we are not discriminating against your 7-year-old daughter by not letting her compete. It is simply the rules of this sport that all must be follow if we are to be fair playing field. Another example, males are not allowed to use testosterone and to do so provides him an advantage. A master aged male cannot raise his natural testosterone level. Physicians frequently prescribe levels of androgens that are consistent with much younger men than the age of the patient. USA Powerlifting is not discriminating against master lifters who use testosterone for medical reasons. They may just not compete on our platform based on the drug testing policy.