Three people are confirmed dead, including an 11-year-old girl, from a mass stabbing that left 17 schoolchildren injured Tuesday in Kawasaki, Japan, a suburb southwest of Tokyo.

Ryuichi Iwasaki, 51, attacked the children with two knives as they waited to board a school bus to Caritas, a Catholic school, around 7:45 a.m., the New York Times is reporting.

Witnesses said the attacker yelled “I’m going to kill you!” before he began to stab the children. Three injuries were reported as serious, according to the Associated Press. Other medical details have not yet been made public.

Among the dead are a sixth-grader named Hanako Kuribayashi, 11, and Satoshi Oyama, 39, the parent of another student. After the attack, the suspect reportedly stabbed himself in the neck, dying from his injuries shortly afterward. 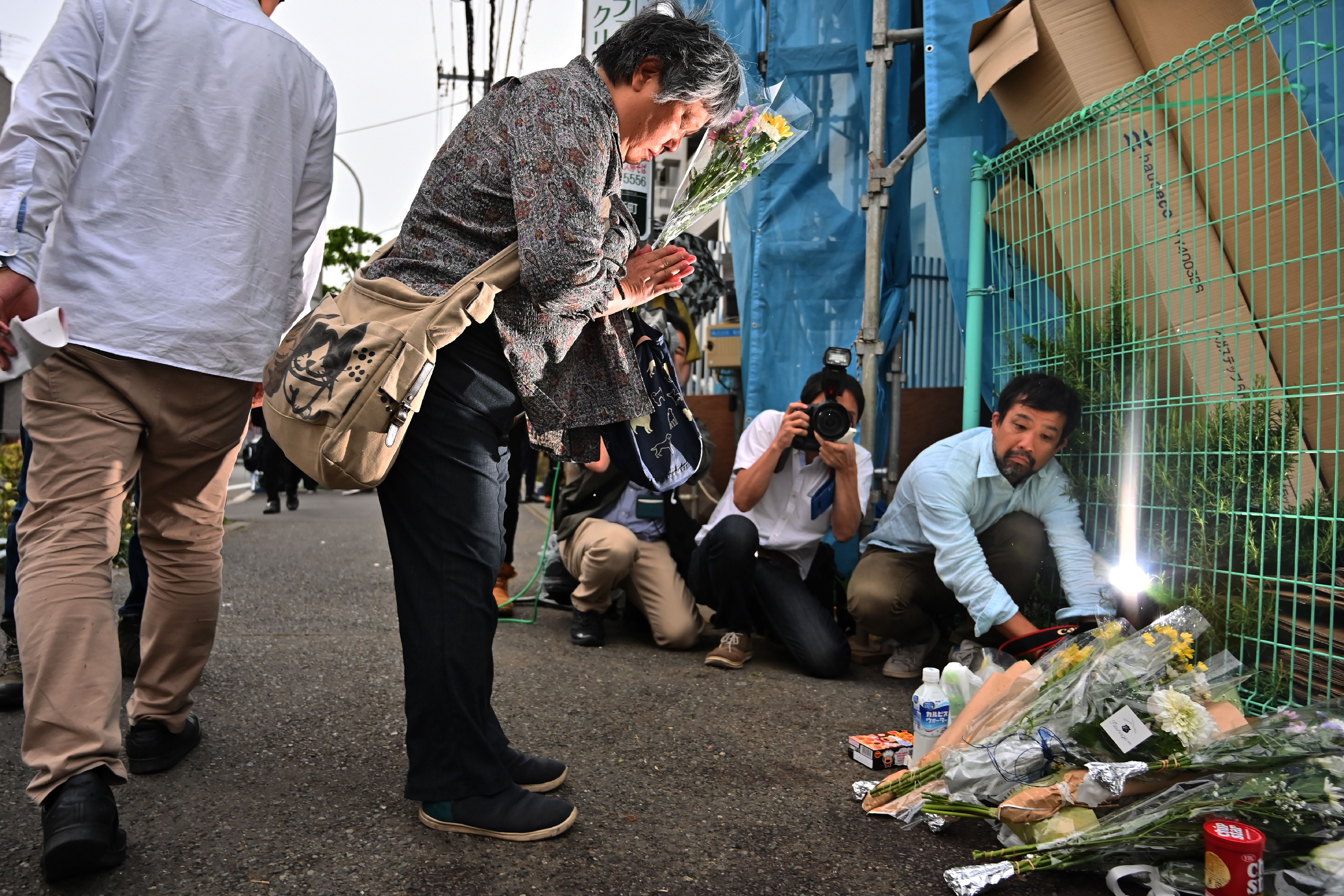 A woman pays her respects next to flower tributes at the crime scene where a man stabbed 19 people, including children, in Kawasaki on May 28, 2019. – A knife-wielding attacker killed a 12-year-old schoolgirl and a man before stabbing himself to death in a rampage outside Tokyo that also injured more than a dozen, including several children. (Photo by CHARLY TRIBALLEAU/AFP/Getty Images)

Japan’s Prime Minister Shinzo Abe expressed outraged, saying “It was an extremely harrowing incident in which many small children were victimized, and I feel strong resentment… I will take all possible measures to protect the safety of children.”

President Donald Trump was with Abe on the last day of his visit to Japan when news about the attack emerged. “On behalf of the first lady and myself, I want to take a moment to send our prayers and sympathies to the victims of the stabbing attack this morning in Tokyo,” Trump said.

Japan’s crime rate is much lower than the U.S. and averages only three robberies per 100,000 people, according to the U.S. State Department. (RELATED: Trump Compares Immigration In Japan, Other ‘Successful’ Countries To United States In Tucker Interview)

The last major knife attack in Japan was July 2016, when 19 handicapped people were killed outside of Tokyo by Satoshi Uematsu, 26, who had previously threatened to kill disabled people “for the sake of Japan,” the New York Times reported.

Both firearms and knives are strictly regulated in Japan under their Firearm and Sword Possession Control Law. Citizens may only own shotguns, air rifles, or guns with industrial applications like starter pistols or nail guns. Possession still requires training and thorough background and mental-health checks before the issuance of permits.

Knife laws were updated in 2018 after a deadly bullet-train attack. Fixed blades longer than 15 cm require permission for home ownership. Pocket knives with blades up to 6 cm can be carried, longer than 6 cm requires permission, and longer than 8 cm are banned outright, according to Tokyo Weekender.

The type of knives used in Tuesday’s attack are not yet known.