Amash has made headlines in recent weeks for being the first GOP member to call for Trump’s impeachment. (RELATED: Justin Amash Takes It On The Chin From Conservatives After Impeachment Stand)

This video gets to the heart of the Amash town hall: pic.twitter.com/PThqciSI8E

“My question is how can you become a Democrat when we voted for you as a Republican?” the audience member asked, which was captured on video by Sam Easter. “Because you just drank the same Kool-Aid as all the Democrats.”

“First, I have one of the most constitutionally conservative and fiscally conservative voting records in the Congress,” Amash answered, which received a round of applause. “In fact, I have voted to spend less than any member of Congress in either chamber since I’ve been in Congress. So I’ve voted for less spending. As part of the Tea Party movement, people cared about limited government, they cared about fiscal conservatism, making sure our government isn’t spending too much.” 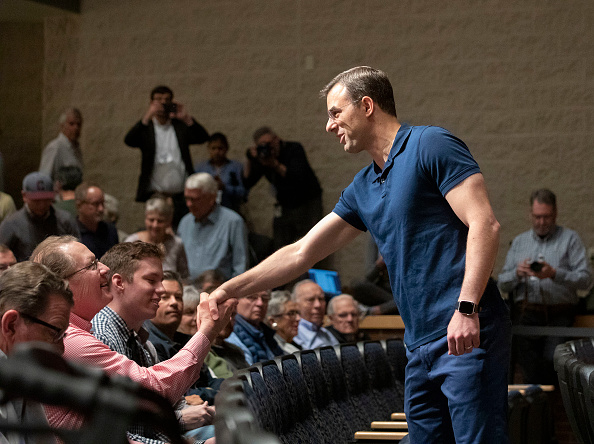 GRAND RAPIDS, MI – MAY 28: U.S. Rep. Justin Amash (R-MI) shakes hands with a supporter before he holds a Town Hall Meeting on May 28, 2019 in Grand Rapids, Michigan. (Photo by Bill Pugliano/Getty Images)

“Under the current administration, spending as skyrocketed, so spending has gone way up,” he continued. “I’m at the top or near the top of every score card. So I haven’t changed. I’m who I said I was.”

Amash’s call for impeachment has been met with criticism from his own party.