Netflix’s chief content officer, said in a statement that the company will “rethink” its Georgia-based investments should the “heartbeat bill” ever come into effect.

Following the passing of Georgia’s “fetal heartbeat” abortion bill, which mandates that abortions are considered illegal beyond the point when a fetal heartbeat can be detected, entertainment industry boycotts have emerged in response to the legislation. While independent studios have taken the lead with staging Georgia state boycotts, many larger studios have remained quiet on the subject.

In an exclusive statement given to Variety, Ted Sarandos, Netflix’s chief content officer, said that the company would rethink their “entire investment in Georgia,” if the legislation takes effect.

“We have many women working on productions in Georgia, whose rights, along with millions of others, will be severely restricted by this law,” Sarandos said in the statement.

He continued, “It’s why we will work with the ACLU and others to fight it in court. Given the legislation has not yet been implemented, we’ll continue to film there, while also supporting partners and artists who choose not to. Should it ever come into effect, we’d rethink our entire investment in Georgia.” 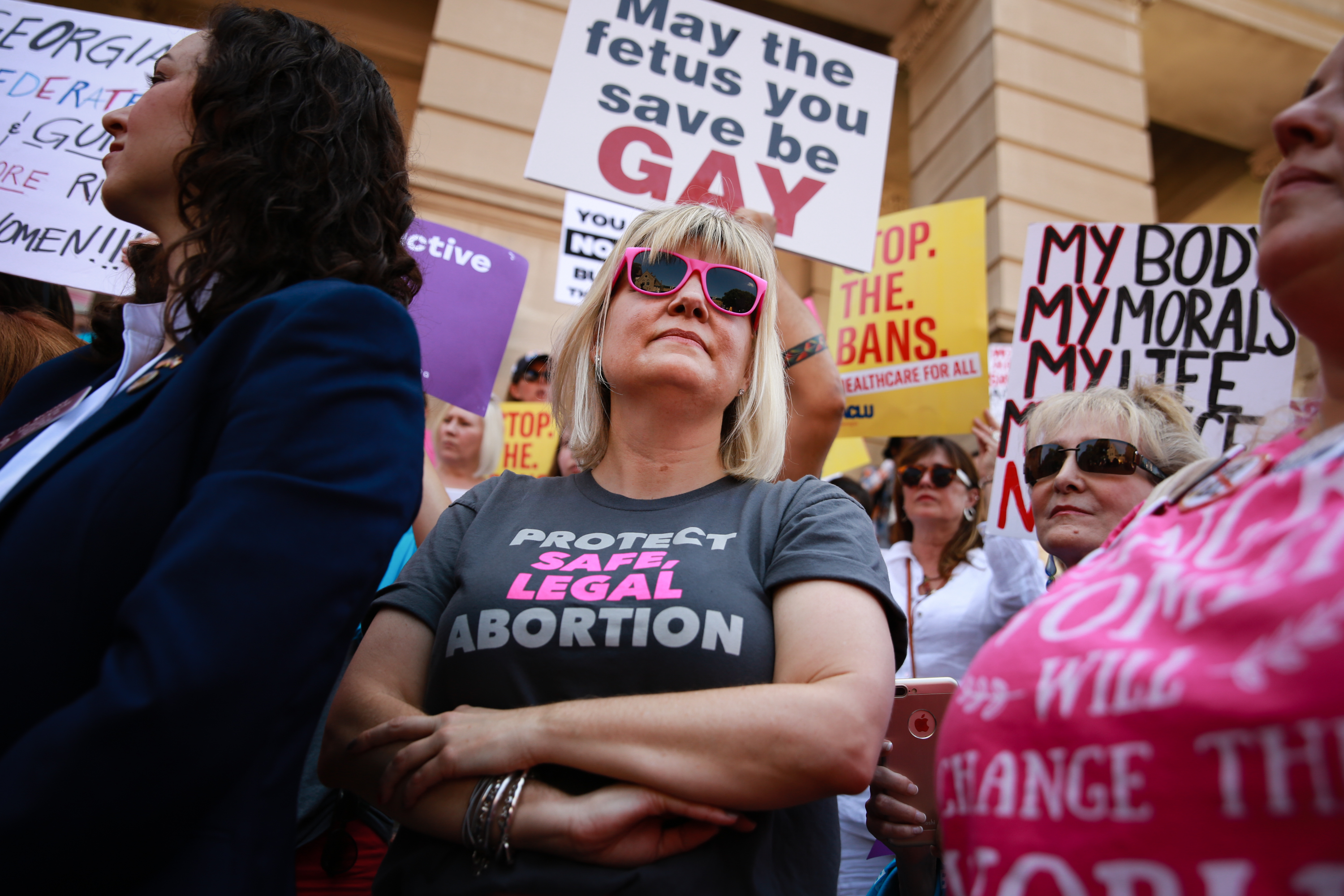 ATLANTA, GA – MAY 21: Staci Fox, CEO and President of Planned Parenthood Southeast, participates in a protest against recently passed abortion ban bills at the Georgia State Capitol building, on May 21, 2019 in Atlanta, Georgia. The Georgia “heartbeat” bill would ban abortion when a fetal heartbeat is detected. (Photo by Elijah Nouvelage/Getty Images)

Chief Spokesperson and Senior Vice President of Communications for the MPAA responded to TheDCNF in a statement, saying,

“Film and television production in Georgia supports more than 92,000 jobs and brings significant economic benefits to communities and families. It is important to remember that similar legislation has been attempted in other states, and has either been enjoined by the courts or is currently being challenged. The outcome in Georgia will also be determined through the legal process. We will continue to monitor developments.”

While major studios have so far taken a reserved stance when it comes to boycotting the state, several independent companies have joined actors, actresses and directors in denouncing the “heartbeat” legislation and staging statewide boycotts.

David Simon, creator of HBO’s “The Wire” and “The Deuce,” said that he will no longer consider Georgia filming sites on account of the bill.

He tweeted, “Can only speak for my production company. Our comparative assessments of locations for upcoming development will pull Georgia off the list until we can be assured the health options and civil liberties of our female colleagues are unimpaired.”

Can only speak for my production company. Our comparative assessments of locations for upcoming development will pull Georgia off the list until we can be assured the health options and civil liberties of our female colleagues are unimpaired. https://t.co/WTb0tj95zH

Christine Vachon said that her production company, Killer Films, would no longer be shooting in Georgia until the “ridiculous” law was overturned, according to Newsweek.

Actress Alysa Milano said that she would no longer participate in the shooting of Netflix’s “Insatiable,” in the state of Georgia, if the legislation took effect, according to Buzzfeed News.

“Ozark” lead Jason Bateman told the Hollywood Reporter that “If the ‘heartbeat bill’ makes it through the court system, I will not work in Georgia, or any other state, that is so disgracefully at odds with women’s rights.”

Imagine Entertainment founders Ron Howard and Brian Grazer told the Hollywood reporter that “Should this law go into effect in January, we will boycott the state as a production center.”