A quick Google search reveals that the word “erratic” has been applied to President Trump countless times, either for his Tweets, his unusual speaking style, or his decisions in office.

Stacked up against the rogues’ gallery of drunks, womanizers, and crooks who have occupied the Oval Office since the founding of our august republic, however, Donald Trump ends up looking pretty good.

Their argument began with a disagreement over the appointment of customs officers. Crawford charged at him with a cane, and Monroe went for a pair of fireplace tongs.

Monroe seems like he could plausibly claim self-defense, but the altercation ruined their relationship.

As far as we know, Trump has never threatened anyone with violence. (RELATED: The Five Most Underrated Presidents)

Warren Harding: A Crook Who Refused To Release A Political Opponent From Prison

The investigation into the origins of special counsel Mueller’s Russia probe has been described by liberals and the media as an “attempt[] to target his perceived opponents,” as Kamala Harris put it.

In the 1920s, President Warren Harding, refused to release a political opponent, the socialist Eugene Debs, until Harding died in office. Debs was imprisoned for speaking out against American involvement in the First World War.

Harding is also reported to have had numerous affairs, though admittedly not with women who made adult films.

FDR Treated The Press As ‘Enemies Of The People’ Too

Franklin Delano Roosevelt was at war with the press constantly by the latter years of his presidency, waging a bitter battle that makes Trump’s barbs about the “enemies of the people” seem like banter between friends. 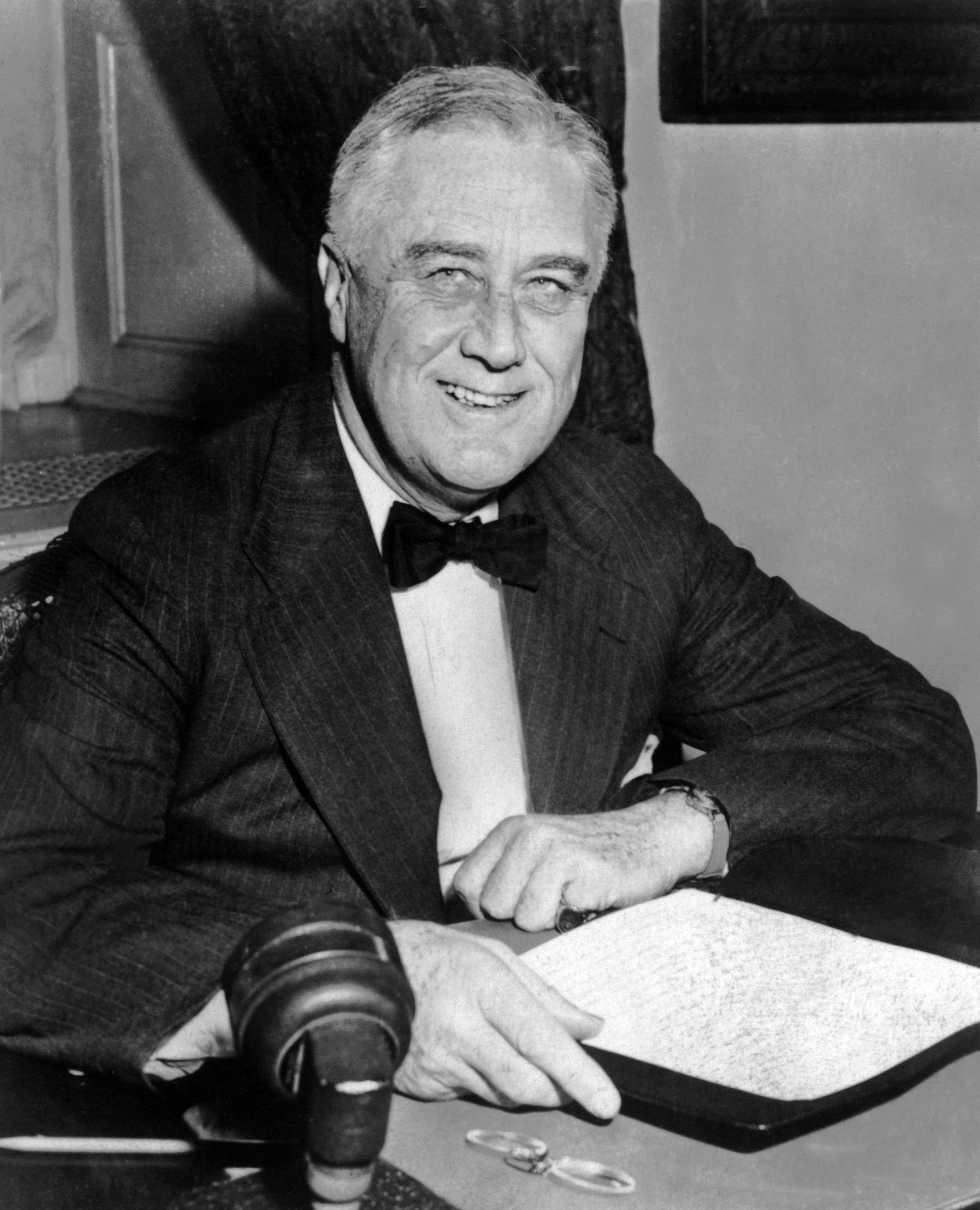 The great newspaper barons of the Depression era were virtually all Republicans, from William Randolph Hearst, to Robert McCormick to Frank Gannett. At first, some of them were friendly with the president, but when they turned on him over the New Deal’s aggrandizement of executive power, Roosevelt’s lieutenants in Congress worked to rein them in.

The Black Committee, led by New Dealer Senator Hugo Black who FDR later nominated to the Supreme Court, subpoenaed Hearst in 1936 for a telegram he sent to one of his editorial writers.

Gannett led a group that opposed Roosevelt’s court-packing plan called the Committee for Constitutional Government. The Committee found its membership lists subpoenaed, and its secretary found his tax returns leaked to a congressional committee by FDR’s Treasury Department, while Roosevelt’s Department of Justice contemplated prosecuting him.

Drunks In The Oval Office

It’s only natural for the country that gave birth to the whiskey rebellion and invented bourbon to produce a few leaders who liked to tipple too much. But the history of drunks in the Oval Office is so extensive that we should be grateful that today it’s in the hands of teetotaler Trump.

Ulysses Grant is known for three things: being a good general, a bad president, and a heavy drinker. While it is somewhat unclear that his drinking was out of step with his time, he is known to have been spotted vomiting on several occasions.

Franklin Pierce, upon leaving office, reportedly said “There is nothing left… but to get drunk.” He died of liver failure. As for Martin Van Buren, he drank so much he earned the nickname “Blue Whiskey Van.”

Grover Cleveland, a beer-drinker, made an agreement with an opponent to only drink four glasses per day during the campaign. They later agreed to lift the limit, agreeing it was too restrictive.

President Kennedy, a son of a bootlegger, liked to party by all accounts. But according to psychedelic pioneer Timothy Leary, one of Kennedy’s many mistresses, Mary Pinchot Meyer, also introduced the president to LSD.

Kennedy was also known to take scads of different drugs for ostensibly medical reasons, namely to deal with his Addison’s Disease and chronic pain. He also received injections of methamphetamine.

Trump, on the other hand, has suggested the death penalty for fentanyl distributors.

Setting aside Roger Stone’s theories about Lyndon Baines Johnson’s role in the assassination of his predecessor, once the Texas politician was sworn in as president he became responsible for some historically bad presidential behavior. 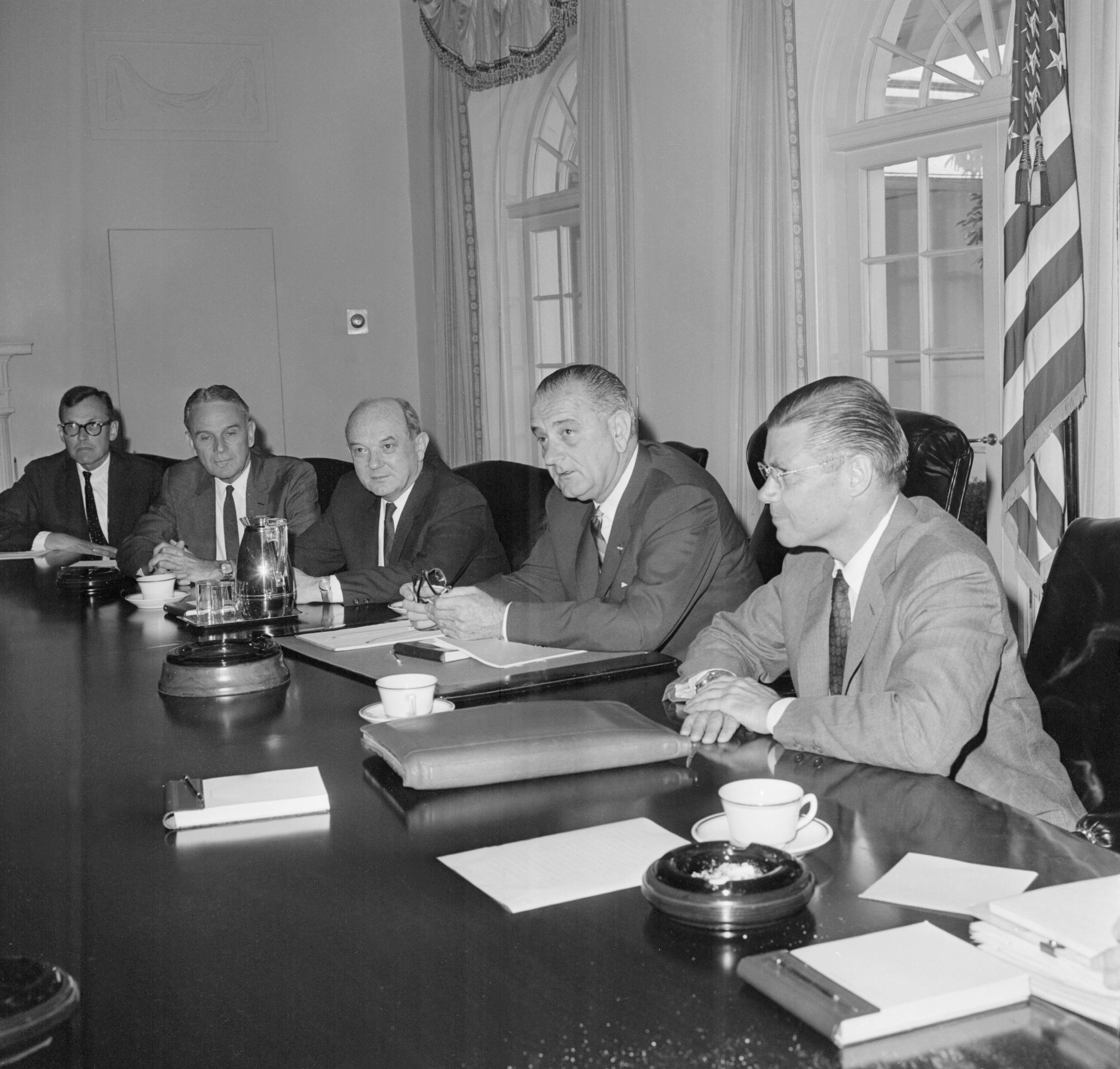 WASHINGTON, : From left: US Secretary of Defense Robert McNamara, US President Lyndon B. Johnson and US Secretary of State Dean Rusk, listen 11 September 1964 in the White House in Washington, D.C., to the new US Ambassador to South Vietnam, General Maxwell Taylor (2nd-R). (Photo credit: AFP/Getty Images)

“When people mentioned Kennedy’s many affairs,” Robert Dallek wrote in The Atlantic, “Johnson would bang the table and declare that he had more women by accident than Kennedy ever had on purpose.” (RELATED: Trump’s New NSA Director Once Wrote A Book Lambasting LBJ)

Johnson liked to expose his … Johnson, to staff, cabinet members, and even reporters. In one instance, he even relieved himself on a Secret Service agent and said, when the agent responded with shock, “That’s all right, son. It’s my prerogative.”

The discredited Steele dossier’s allegations notwithstanding, there is nothing similar in Trump’s past.