In an apparent compromise, however, the justices declined to review a second provision of the Indiana law that banned abortions on the basis of sex, race, or disability. The 7th U.S. Circuit Court of Appeals said both provisions — which Vice President Mike Pence signed into law during his tenure as governor — were unlawful.

The 7th Circuit said Indiana had not identified a rational basis for its fetal disposal regulations, since fetuses do not qualify as human beings and thus cannot be regulated like persons under law. The Supreme Court summarily reversed that finding, a rarely-used mechanism saved for decisions that are clearly wrong.

“This Court has already acknowledged that a state has a ‘legitimate interest in proper disposal of fetal remains,'” the high court’s unsigned opinion reads. “The 7th Circuit clearly erred in failing to recognize that interest as a permissible basis for Indiana’s disposition law.”

“This case, as litigated, therefore does not implicate our cases applying the undue burden test to abortion regulations,” the opinion reads. (RELATED: Forget Alabama. These Abortion Cases Are In Front Of The Supreme Court Right Now)

Justices Ruth Bader Ginsburg and Sonia Sotomayor dissented from the Court’s decision to restore the disposal rules, but agreed that denying review of the trait-selective abortion ban was correct.

In a separate concurring opinion, Justice Clarence Thomas said the Court would eventually have to decide whether trait-selective abortion bans are constitutional, saying the states have a compelling interest in preventing “modern day eugenics.”

“Given the potential for abortion to become a tool of eugenic manipulation, the Court will soon need to confront the constitutionality of laws like Indiana’s,” Thomas wrote. “But because further percolation may assist our review of this issue of first impression, I join the Court in declining to take up the issue now.”

Thomas’s concurrence canvassed the early history of the American birth control movement, saying that campaign was intertwined with eugenic efforts to reduce the population of racial minorities and disabled people. The arguments behind eugenic birth control, Thomas said, apply with even greater force to abortion. 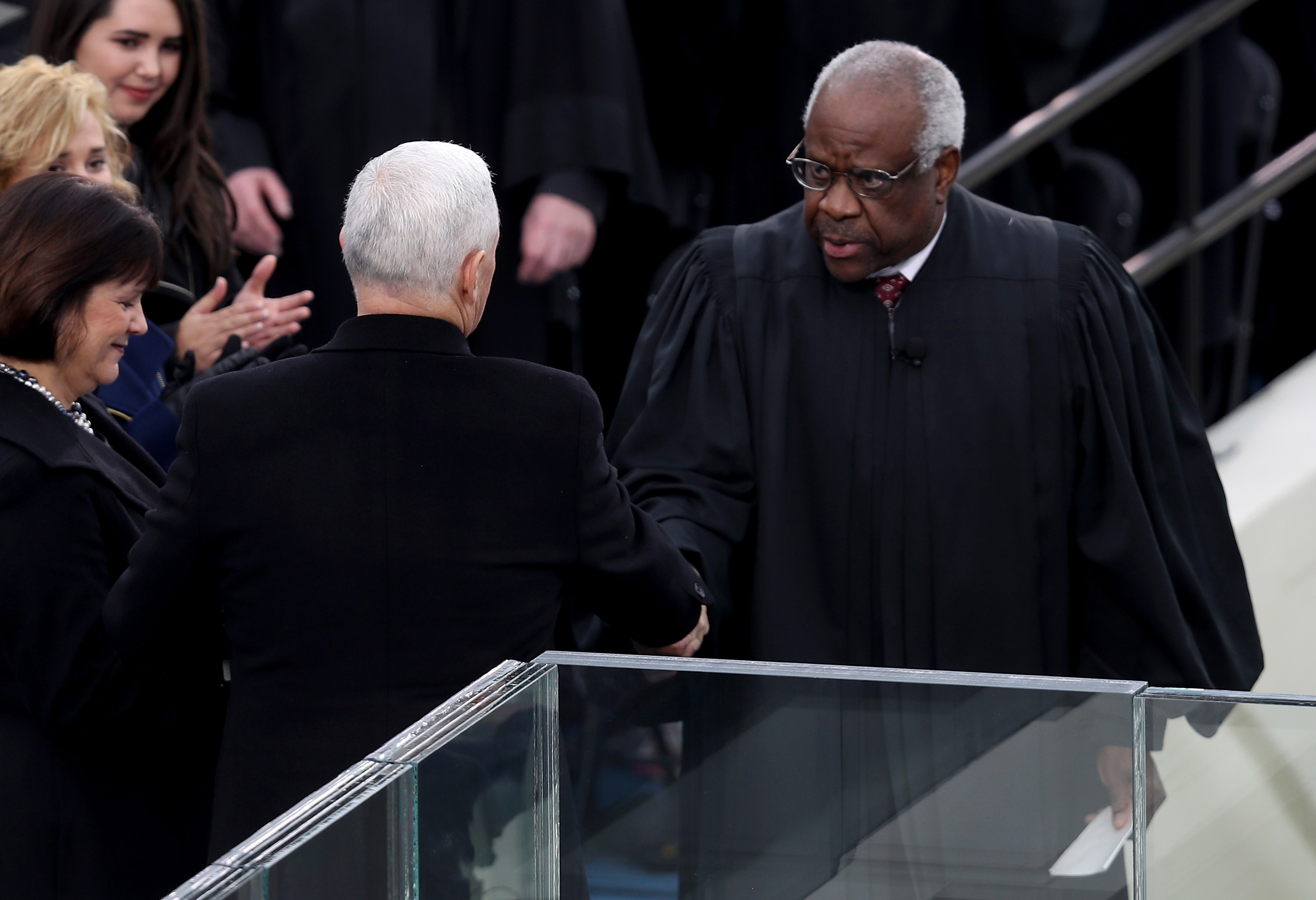 “The individualized nature of abortion gives it even more eugenic potential than birth control, which simply reduces the chance of conceiving any child,” Thomas wrote.

“Abortion has proved to be a disturbingly effective tool for implementing the discriminatory preferences that undergird eugenics,” he added.

In that connection, Thomas noted that the abortion rate for fetuses diagnosed with down syndrome in utero is over 90 percent in some European countries, while sex-selective abortion of girls across Asia have produced disproportionately male populations.

All told, Thomas stressed that the constitutionality of trait-selective abortion bans remains an open question. No other justice joined the Thomas opinion.

Reactions to Tuesday’s decision were uniformly mixed among pro-life and pro-choice groups. The American Civil Liberties Union (ACLU) noted that the ruling was limited in reach, but feared it could legitimate a recent push at the state level to enact new restrictions on abortion.

“While this ruling is limited, the law is part of a larger trend of state laws designed to stigmatize and drive abortion care out of reach,” said Jennifer Dalven, an ACLU attorney. “Whether it’s a total ban or a law designed to shut down clinics, politicians are lining up to decimate access to abortion.”

The Alliance Defending Freedom (ADF), a faith-based cause lawyering group, was pleased that the fetal remains rules were restored, but disappointed that the Court did not address the state’s ban on trait-selective abortion.

“Tragically, many states do not ensure that the bodies of miscarried, stillborn, or aborted infants are treated with dignity,” said ADF lawyer Denise Burke. “Unborn infants shouldn’t be disposed of as ‘medical waste’ when they die before birth, regardless of whether their deaths are spontaneous, accidental, or induced.”

“We had hoped the Supreme Court would take this opportunity to revisit the 7th Circuit’s deeply flawed ruling, which endorses a lethal form of discrimination, as long as it occurs in utero,” Burke added.

The ACLU represented Planned Parenthood of Indiana and Kentucky in Tuesday’s case, while the ADF filed an amicus (or “friend of the Court”) brief in partnership with a pro-life nonprofit group called the Radiance Foundation.

Other abortion cases are pending before the high court

Another abortion case from Indiana is awaiting action before justices. That dispute relates to a state law requiring women to undergo an ultrasound 18 hours before terminating their pregnancy. Like the ban on trait-selective abortions and the fetal remains regulations, lower courts said the ultrasound rule is unlawful.

Submission of legal briefs in the ultrasound case was completed on April 22. The justices have considered the petition in private conferences on three occasions, but have not yet decided whether they will take the case. (RELATED: Trump Backs Gun Rights Effort At The Supreme Court)

The Court will also grapple with a Louisiana law called the Unsafe Abortion Protection Act or Act 620, which requires that physicians who perform abortions have admitting privileges at a nearby hospital.

Pro-choice litigators say the law is a stealth measure to end abortion in Louisiana, saying it is difficult for physicians to comply with the rule. What’s more, they say the admitting privileges requirement does not provide a benefit for women and is medically unnecessary.

The justices struck down Texas’s admitting privileges rule in a 2016 case called Whole Women’s Health v. Hellerstedt. Given the similarity between Whole Women’s Health and the Louisiana case, the dispute is seen as an important measure for how the newly-entrenched conservative majority will approach abortion.

The 5th U.S. Circuit Court of Appeals upheld Act 620 in September 2018, though the Supreme Court blocked the law from taking effect on a 5-4 vote in February. A decision as to whether the Court will hear the case in full is pending.