Whoopi Goldberg went on a rant Tuesday about President Donald Trump’s comments regarding Joe Biden, and it had to be bleeped by censors several times.

It happened during a panel discussion on ABC’s “The View” as the co-hosts were sharing their thoughts about Trump cheering North Korean dictator Kim Jong Un’s comments about the former vice president being a “low-IQ individual.” (RELATED: Joy Behar: Female Trump Voters Don’t Know The Difference Between A Predator And A Protector)

“North Korea fired off some small weapons, which disturbed some of my people, and others, but not me,” Trump tweeted. “I have confidence that Chairman Kim will keep his promise to me, [and] also smiled when he called Swampman Joe Biden a low IQ individual, & worse. Perhaps that’s sending me a signal?”

North Korea fired off some small weapons, which disturbed some of my people, and others, but not me. I have confidence that Chairman Kim will keep his promise to me, & also smiled when he called Swampman Joe Biden a low IQ individual, & worse. Perhaps that’s sending me a signal?

Goldberg asked where the outrage was against Trump for saying something against Biden while on foreign soil, noting what happened to the country band Dixie Chicks when they slammed then-President George W. Bush while overseas. (RELATED: Meghan McCain Blasts Hollywood ‘Sex Strike’ For Telling Women To ‘Use Their Bodies As Bargaining Chips’)

Meghan McCain criticized Trump for siding with “one of the worst dictators of all time,” while Sunny Hostin questioned why the president would “love a dictator.”

“And he [Kim Jong Un] allegedly killed his own family member,” Hostin shared.”What was fascinating to me though was, wasn’t it just I think last year that Trump said that he met with Kim Jong-Un and they just fell in love. He actually said that they fell in love. What is there to love about a dictator?”

“If he’s around anyone who will kiss his rear end then it doesn’t matter,” McCain explained. “By the way, domestically and abroad, and if you want something from him, lie to him and kiss his butt and just tell him he’s greater than Lincoln and you’ll get what you want. But I think we should move past that. We know this.”

But Behar jumped back in and said how it annoyed her that Trump called Joe Biden “low IQ” and “Sleepy Joe” and wondered “where are his college and high school transcripts.”

“I actually interpret that as Joe Biden being a threat to him,” McCain added. 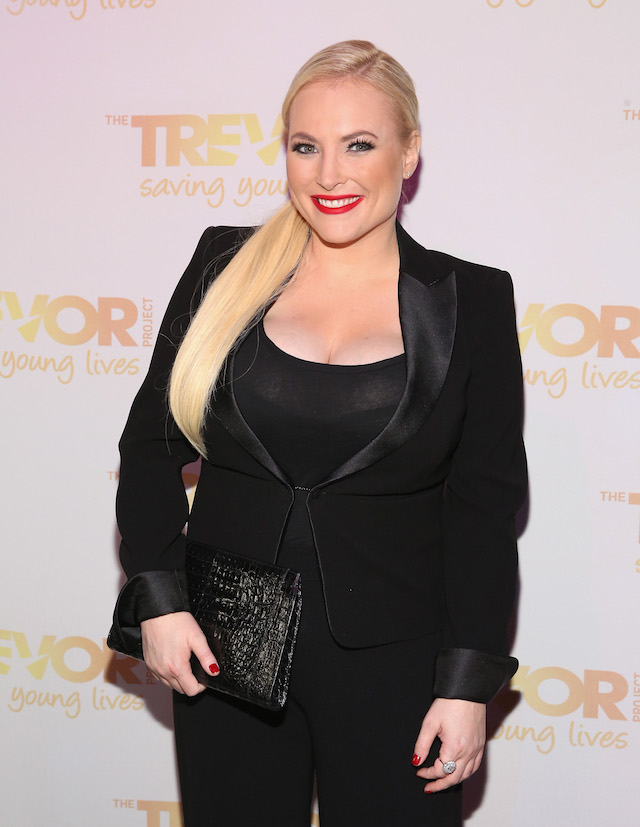 “It doesn’t matter,” Goldberg said. “This is one of his things he calls people names. I just think people are tired of it. They don’t care.”

“Listen, you can get into the…” she started, but her words are totally inaudible for about six seconds while being censored.

“But you know what we’re doing?  We are in the … ” Goldberg continued before she, once again, was bleeped for another few seconds before she eventually threw to a commercial break.