A 23-year-old French politician with an immigrant background and a skillful public persona became one of the youngest members of the European Parliament after Sunday’s elections count.

Jordan Bardella is a member of National Rally, which edged out French President Emanuel Macron’s party as the winner in France’s European Parliament elections Sunday.

“I think that our victory is one of the greatest lessons in humility that the French have given Mr. Macron in two years,” Bardella said in a radio interview after the elections. (RELATED: Nigel Farage’s Brexit Party Is ‘Clear Winner’ In UK European Parliament Elections)

“This election is a political earthquake, one which has exacerbated bipolarization. The French have confirmed the new political divide, one which we had already seen during the [2017] presidential election: the divide between sovereigntists and those who want more Europe,” he continued. 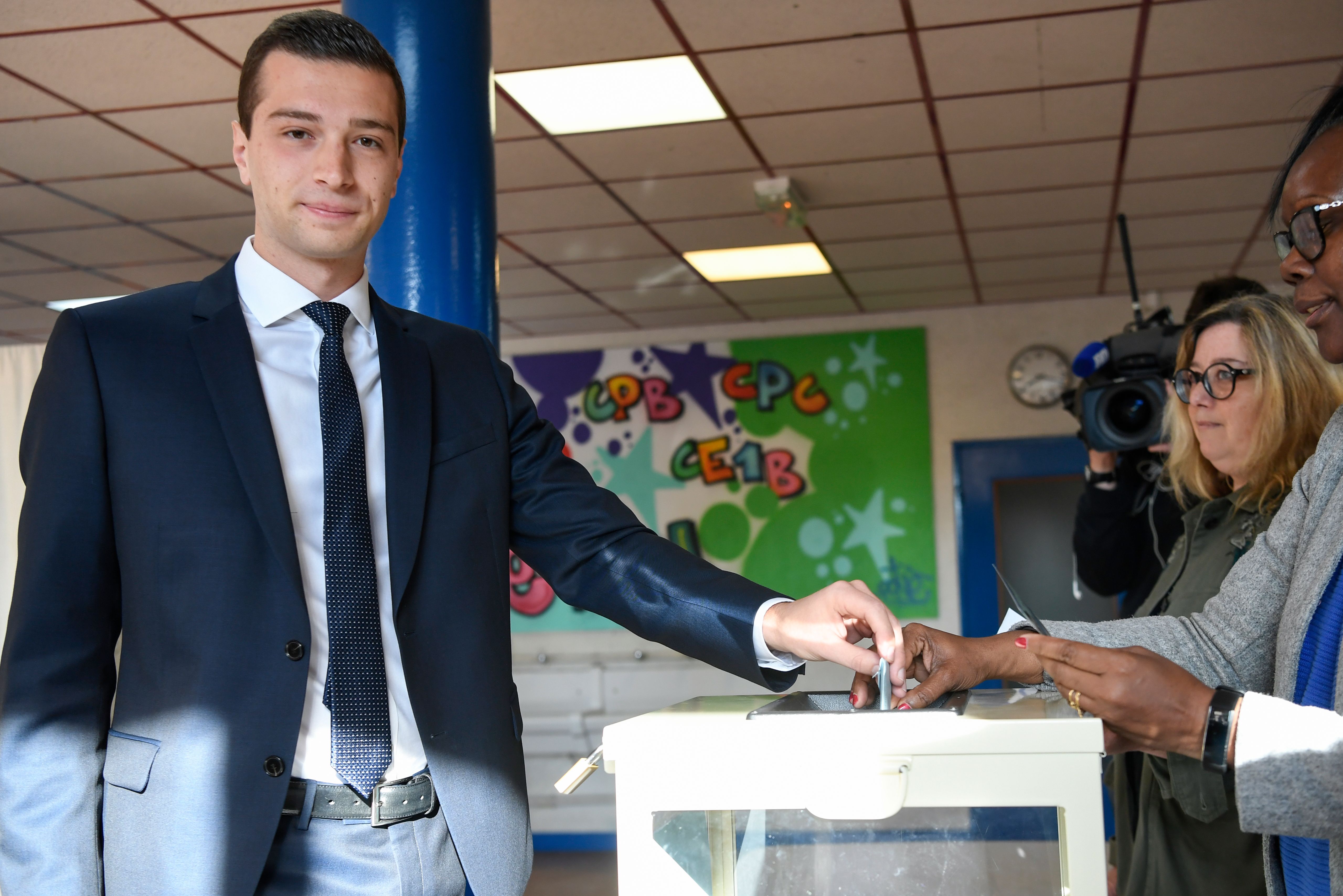 The young politician will have his work cut out for him as one of the most inexperienced members of the growing Eurosceptic faction in Brussels, the main meeting place of the European Parliament.

“Even if [Bardella] is a flash in the pan, a mediagenic phenomenon, the larger politics which he represents isn’t a flash in the pan,” Baskerville said. “Clearly the European Union is in some ways becoming a victim of its own success — its power outstripping its authority, moving a bit too fast beyond what the people are prepared to go along with.”

Chosen For The Spotlight

It’s impossible to tell Bardella’s story without including National Rally leader Marine Le Pen, the 50-year-old daughter of the founder of the party’s original, less savory iteration, the National Front. She chose him to lead National Rally’s list in the European elections despite other party members’ doubts about his age.

“I needed convincing, I was worried about his age, I wasn’t the only one either … But Marine Le Pen had a personal preference for him,” said outgoing European Parliament member Gilles Lebreton according to Politico Europe.

“For a young man who is 23, he has a bright future, he is very at ease, we can now say it was a very good choice,” Lebreton continued.

Bardella’s story is compelling. His single mother, a daughter of Italian immigrants, raised him in affordable housing in Saint-Denis, an immigrant-heavy suburb of Paris.

“Saint-Denis was decisive in my decision to get involved politically,” he said, referencing the gang violence and Islamic fundamentalism he said he was exposed to at an early age, according to German news site Der Spiegel.

At 16, Bardella joined National Rally, which was still called National Front at the time. He had to get a parent’s permission to sign up because of his age, reported Der Spiegel. By 20, he was elected a member of the regional council for north-central France, which includes Paris.

“He doesn’t have a privileged background by any means. … Marine Le Pen, she’s made political mistakes, clearly, which cost her in French domestic politics, but she seems to have a keen eye for the value of youth,” Baskerville said.

Bardella’s politics are by no means unique to him or to France itself. The high turnout in the 2019 elections underscores that they were “the most significant European Parliament elections in a long time,” Baskerville said.

“The traditional dominance of the center left and center right parties has been destroyed for the first time, and the European Union is becoming more polarized,” he added.

Voters are aligning themselves based on big issues, not left-wing or right-wing labels, Baskerville said. Nowhere is that more apparent than in the United Kingdom, where Nigel Farage’s Brexit Party snagged the biggest chunk of the country’s European Parliament seats in Sunday’s election. 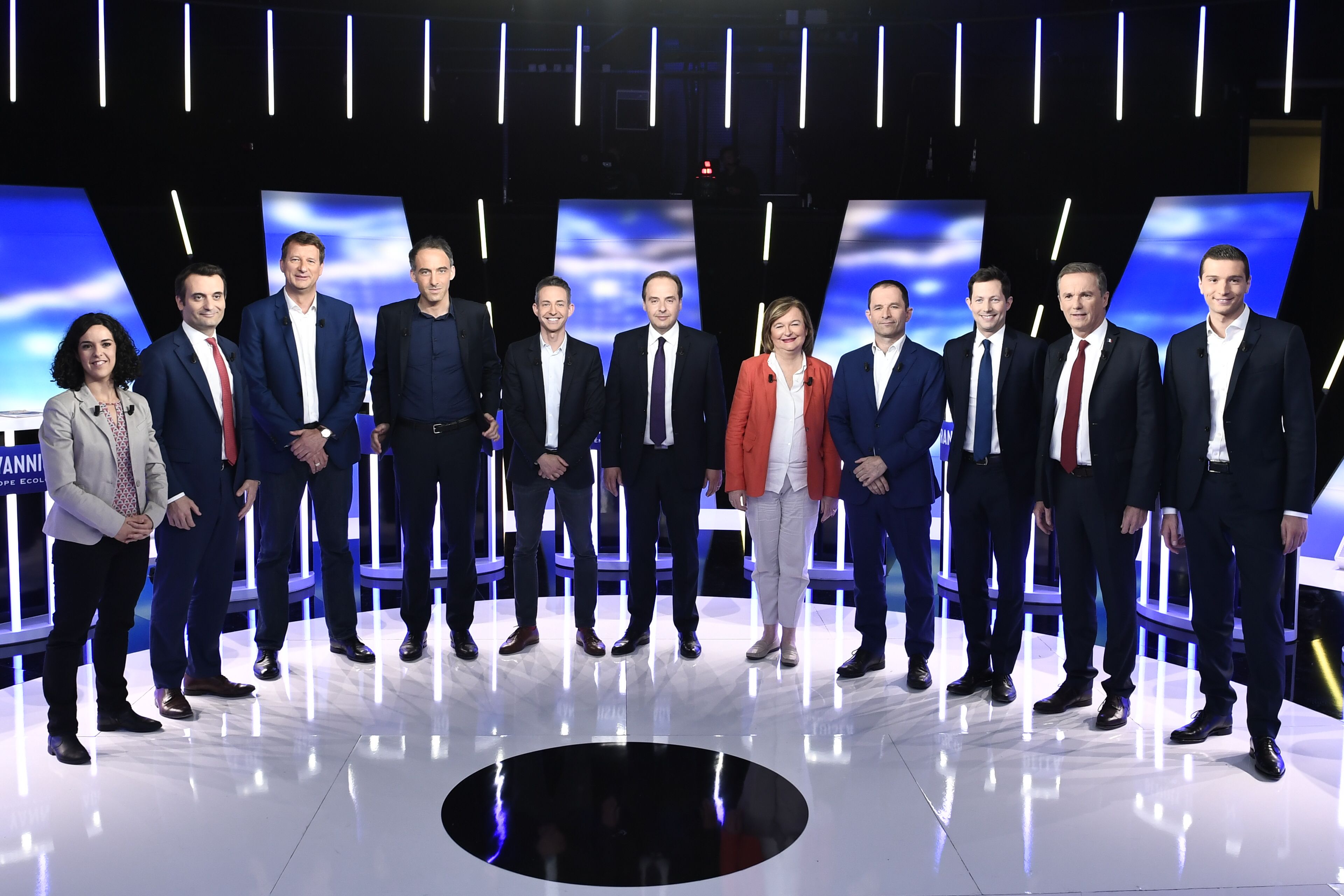 “European Parliament elections, they are oftentimes more about the domestic politics of the countries than they are about the European politics. … Having said that, I think this election was a little less of that. There seems to be an awakening European consciousness, but it’s not always 100 percent pro-EU,” Baskerville said.

Bardella and his National Rally counterparts won’t be alone in Brussels. But they may face a suspicious European media.

The Associated Press has called Bardella “far-right,” and other coverage of the young politician has ranged from innocuous to accusatory. Der Spiegel described him as “a young man in a suit, with his boyish face and slicked-back hair looking not unlike a bank apprentice” in an April story. Politico Europe appeared to accuse him of failing to distance himself from the white supremacist theory of “the great replacement” following the deadly New Zealand mosque shootings in March.