The vast majority of America is hoping the Golden State Warriors lose in the NBA finals against the Toronto Raptors.

BetOnline.ag put a map together based on geotagged twitter data throughout the country, and 47 states are pulling for the Raptors. Only California, Hawaii and Nevada are pulling for the Warriors to win their third title in the past three years. (RELATED: Toronto Raptors Will Play The Golden State Warriors In The NBA Finals) 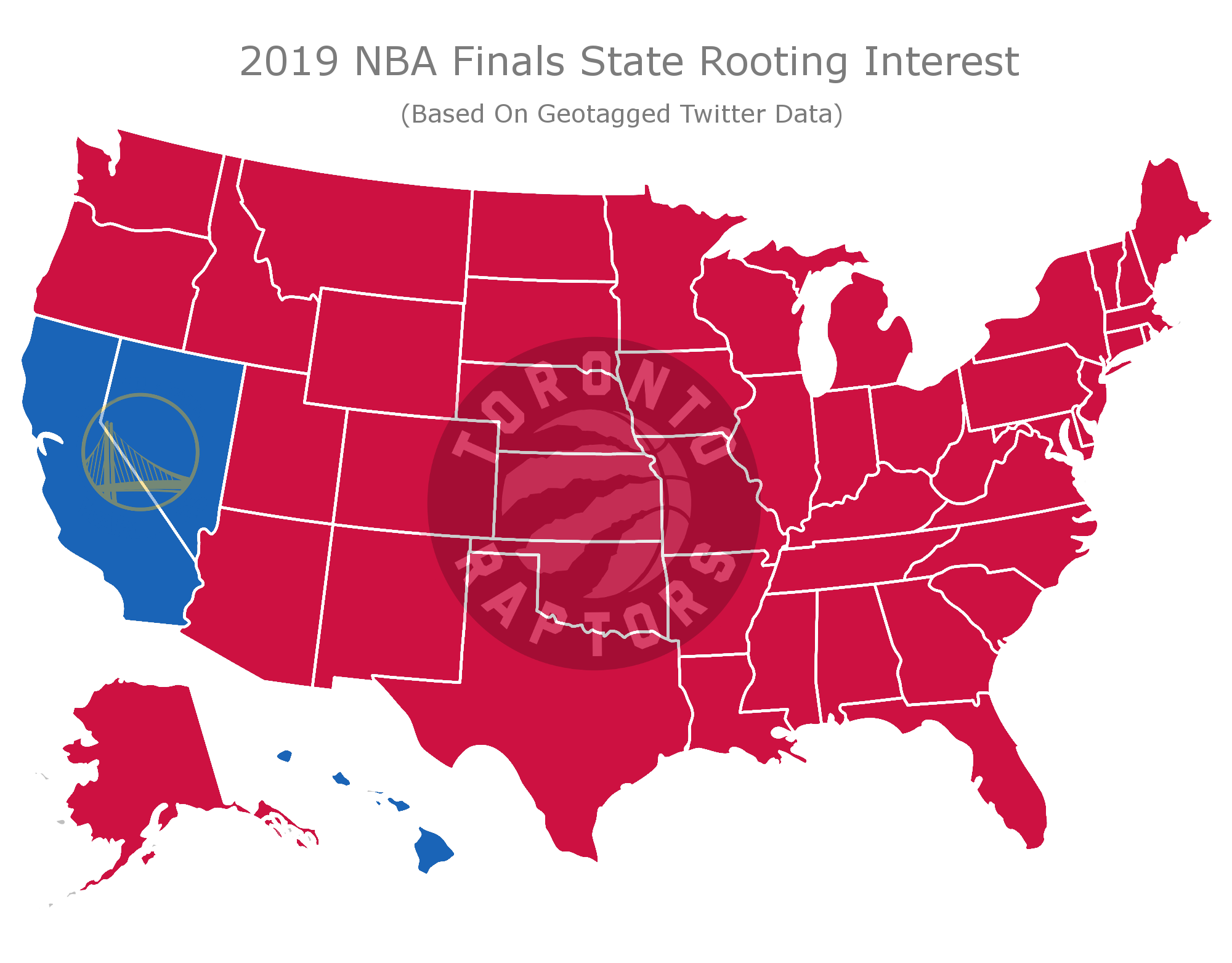 I can’t blame people for feeling this way at all. People have grown tired of the Warriors. They’ve been dominant for a long time, and people have probably had enough after watching them already win three championships.

I’m not hating on the success the Warriors have had, but let’s not pretend like people don’t hate success. They do. People hate winners, and all Golden State does is win.

The bad news for Toronto is the fact the Warriors are vastly more talented as a team, and that’s with our without Kevin Durant. Add Durant into the mix and it’s fixing to get ugly in the finals for the Raptors.

Tune in Thursday night on ABC to watch game one between Golden State and Toronto. Kevin Durant is already out for the first matchup, which means Toronto has to capitalize while they can.

It should be a fun series, but don’t hold your breath waiting for the Raptors to win.