Can The Right Build On Trump’s Social Media Success? One Nonprofit Is Betting On It
Betsy Rothstein Gossip blogger
May 29, 2019 12:39 PM ET
Font Size:

“Nothing changes from the Mueller Report. There was insufficient evidence and therefore, in our Country, a person is innocent. The case is closed! Thank you.”

MOOD: “Ha, in the end, he fired himself, owned.” — Aswain Suebsaeng, reporter, The Daily Beast. 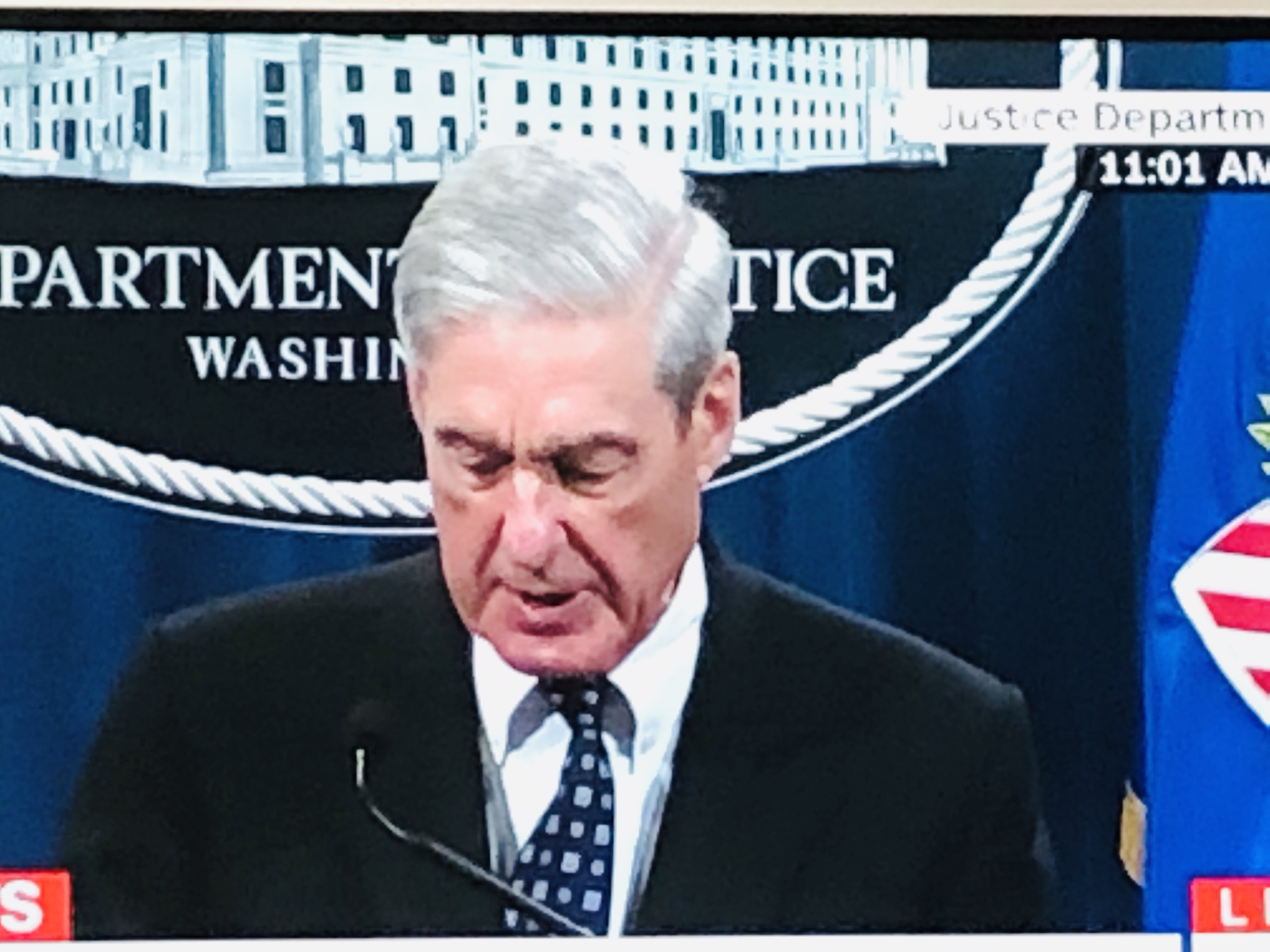 Eliana Johnson, Politico: “Mueller, in essence: We made no conclusion because DOJ policy dictated we couldn’t charge the president and it’s wrong simply to to accuse or make allegations but not to charge.”

Yamiche Alcindor, PBS NewsHour: “Robert Mueller: We are formally closing the special counsel’s office and I am resigning from the DOJ to go back to private life.”

Kurt Bardella, Washington publicist, editor, Morning Hangover: “How can Democrats not initiate #impeachment proceedings after #Mueller effectively said he couldn’t charge @realDonaldTrump with obstruction because he was prohibited by DOJ policy. He’s basically saying, he can’t do it, but Congress can.”

Josh Dawsey, The Washington Post: “Sarah Sanders statement: ‘The report was clear—there was no collusion, no conspiracy—and the Department of Justice confirmed there was no obstruction.’ Robert Mueller statement: ‘If we had had confidence that the president clearly did not commit a crime, we would have said so.’

‘You Were At My Wedding, Denise’ Speaks Her Mind

“You know the irony of all these little feminists attacking me for honoring women as mothers—I’ve accomplished more in my life than most of them put together. And I did it while still being a mom and fetching my husband beer.” — Denise McAllister, former contributor, The Federalist, attended Meghan McCain‘s wedding.

Terrible Joke of the Day (Cover your eyes)

“Jerry Nadler likes yelling about impeachment as much as he likes cake… j/k he likes cake more.” — Tim Young, formerly of the Washington Examiner and The Daily Caller.

“Given that Special Counsel Mueller was unable to pursue criminal charges against the President, it falls to Congress to respond to the crimes, lies and other wrongdoing of President Trump – and we will do so. No one, not even the President of the United States, is above the law.” — Rep. Jerry Nadler (D-N.Y.).

The Palm Beach Post mentioned his acne: “Wearing a dark blue suit with his right arm in a sling, the wiry teen who still struggles with acne said he didn’t realize the effect his actions would have on federal agents. Until he watched an online video of the 1981 attempted assassination of President Ronald Reagan, he said he didn’t fully understand the dangers Secret Service agents face.” Here.

“Maggie Haberman is the most indispensable journalist of the Trump era. She’s relentless, tough and thoroughly fair. And she’s a big part of why you know so much of what you do about this WH. …She also puts up w more vile bs on this website and in her in-box than you can possibly imagine.”

NYT’s Michael Shear also defended her: “The insane rants against @maggieNYT underscore how irrational the conversation can be. She has done more to expose this president’s actions than any other person, yet with exacting fairness. The left should be thanking her for toughness. The right should welcome her objectivity.”

Sen. Brian Schatz (D-Hawaii) felt the need to weigh in…“I don’t support accusing her of being personally corrupt or otherwise awful, and if I’ve contributed to that mood I am sorry. But I think there should be room for tough criticism and learning from 2016. Trump is a result of a failure of multiple systems, including journalism.”

Ana Marie Cox, a culture critic, has a different POV: “Can you be an ‘indispensable’ a White House correspondent in the Trump era? They are dispensable, they have been dispensed with. The most important news about this White House hardly ever comes out of this White House.”

And finally, a certain Mother Jones journo has something to say about all this…

“I’ve been offline most of the day so I’m late to this but I would like to get in under the wire the fact that I too believe that the people who constantly complain about the NYT generally and Maggie Haberman specifically are stupid. Thank you.” — Ben Dreyfuss.

Pardes Seleh goes to WAR with Twitchy: “I literally said the same thing abt men who never spend a day at home with their kids. It’s only a hot take bc I mentioned housewives by the way folks. Twitchy is the same cheap rag that called me ‘anti-semitic’ bc I pointed out the phrase ‘anti-semitic’ was being overused.”

Labor reporter Mike Elk wants you to pay for his 33rd birthday. Here.

Freelancer and Twitter Mayor Yashar Ali remarked, “I love when stepparents refer to their stepchildren as “our daughter.” Of course there has to be mutual agreement on that, but really think its wonderful when they do.”

Happy birthday to our daughter, Ella. My heart is whole and my life is full with you in it.

The Spectator USA: Pete Buttigeig is popular because he’s gay

Host Freddy Gray: “He is a clear and intelligent talker.” Gray says Buttigeig is seen as the “gay Obama.” In other words, “instead of being black, he’s gay.”