The fact check concludes there is “no evidence” to support the claim, and chides Planned Parenthood for using the figure, which a statistician debunked 50 years ago.

Planned Parenthood president Leana Wen has been peddling the false claim for months in interviews with the press about a slew of new abortion restrictions across the country. Most recently, Alabama passed the most restrictive abortion law in the country — a near total ban on the procedure after 6 weeks. In addition, Georgia joined a number of states in banning abortion after a heartbeat can be detected in the fetus. Wen has been saying thousands of women’s lives are at risk as a result. 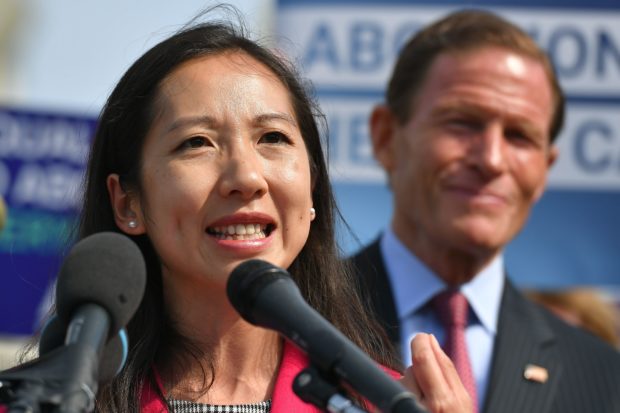 Leana Wen, President of Planned Parenthood, speaks during a press conference on the reintroduction of the “Women’s Health Protection Act at the House Triangle of the US Capitol in Washington, DC, on May 23, 2019. (MANDEL NGAN/AFP/Getty Images)

“We face a real situation where Roe could be overturned,” she said in a March interview cited by the fact check. “And we know what will happen, which is that women will die. Thousands of women died every year pre-Roe.” (RELATED: MSNBC Host Lobs Softballs At Planned Parenthood President)

Planned Parenthood told WaPo it got the claim from the American College of Obstetricians and Gynecologists, which said in a 2014 policy statement that 1.2 million women had abortions each year prior to 1973, and “unsafe abortions caused as many as 5,000 annual deaths.” The ACOG was unable to provide any supporting documentation for the 5,000 number, but WaPo figured out where it came from based on another report provided by Planned Parenthood.

The figure evidently comes from a 1963 study based on very rough estimates that were revised several times after the researcher concluded his estimate was too high. Planned Parenthood’s own former medical director wrote in 1959 that abortion was no longer a very dangerous procedure because of the advent of antibiotics and the fact that most of the abortions were done by trained doctors. The fact check found that the CDC recorded just 24 deaths from illegal abortions in 1972, the year before Roe when it began collecting data, and recorded only 39 for the following year.

WaPo gave the claim four Pinocchios, reserved for claims deemed to be “whoppers.” (RELATED: Buzzfeed Tries And Fails To Do PR For Planned Parenthood)

“Wen is a doctor, and the ACOG is made up of doctors,” Kessler writes. “They should know better than to peddle statistics based on data that predates the advent of antibiotics. Even given the fuzzy nature of the data and estimates, there is no evidence that in the years immediately preceding the Supreme Court’s decisions, thousands of women died every year in the United States from illegal abortions.”

Wen is hurting her cause by using the debunked number, Kessler adds.