Louisiana Democratic Gov. John Bel Edwards said he will sign a bipartisan bill passed by the legislature this week to ban abortion after a heartbeat can be detected in the fetus.

Edwards said he campaigned as a pro-life candidate in a statement on his decision Wednesday that focused mostly on his assertion that his pro-life view extends into the life of the child beyond birth. The bill is the latest in a slew of state-led efforts to restrict abortion.

“In 2015, I ran for governor as a pro-life candidate after serving as a pro-life legislator for eight years,” Edwards said. “As governor, I have been true to my word and my beliefs on this issue. But it is also my sincere belief that being pro-life means more than just being pro-birth.” (RELATED: CBS Offers Propaganda Platform To Planned Parenthood)

“I know there are many who feel just as strong as I do on abortion and disagree with me, and I respect their opinions,” he added. “As I prepare to sign this bill, I call on the overwhelming bipartisan majority of legislators who vote for it to join me in continuing to build a better Louisiana that cares for the least among us and provides more opportunity for everyone.” 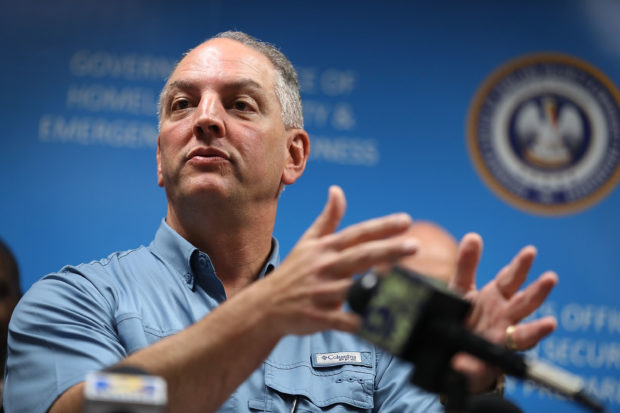 The bill passed with the support of every Republican in the Louisiana legislature and more than a dozen Democrats. The final passage vote in the state House was 79-23. Edwards decision to sign puts him at odds with Democratic party leaders and pro-abortion activists who are casting the series of pro-life successes in dire terms. (RELATED: WaPo Fact Check Rates Planned Parenthood Claim About Roe False)

The fetal heartbeat can sometimes be detected before a woman knows she is pregnant — around five or six weeks in — leading critics to say the bill amounts to an unconstitutional ban on abortion. Seven other states have passed similar laws, including Missouri, North Dakota, Georgia, Ohio, Iowa, Kentucky and Mississippi. Louisiana will be the first case of the law being signed by a Democratic governor.

The bill allows exceptions to save the life of the mother, or if the pregnancy is deemed “medically futile,” because the baby won’t ultimately survive. It does not have exceptions for rape or incest.

Many Democrats are pushing for the party to formally exclude pro-life members, including senator and presidential candidate Kirsten Gillibrand, who recently noted the party has shifted left on abortion and pushed for a purge of pro-lifers from its ranks.

“As a party, we should be 100 percent pro-choice, and it should be non-negotiable,” she told The Washington Post. “We should not settle for less, and if our party cannot support women’s basic human rights, their fundamental freedoms to make decisions about their bodies and their futures, then we are not the party of women.”