Michael Wolff, the author of two explosive books about President Donald Trump that have been accused of falsehoods, said that he doesn’t believe he’s obligated to reach out for comment in an interview published Thursday with The New York Times.

Wolff’s book “Siege: Trump Under Fire,” will be released next month and The NYT’s Michael M. Grynbaum sat down with him to discuss the book and some of the pushback he’s received thus far.

“You also write that Fox News provided questions ahead of time for its interview with Brett Kavanaugh during his Supreme Court nomination fight. Did you ask Fox for comment?” Grynbaum asked.

“No, but, again — it’s a difference between an institutional reporter and a non-institutional reporter. I don’t have to ask the silly questions,” Wolff answered. He continued by trying to justify not reaching out by suggesting that there was no way Fox News would admit to it even if it was factually accurate.

Fox News refuted Wolff’s claim, according to The NYT.

Despite that, Wolff said that his book did undergo a fact-checking process.

When Grynbaum asked if the fact-checking process included reaching out to people mentioned in the book, he said, “I actually don’t believe, if you know the answer, it is necessary to go through the motions of getting an answer that you are absolutely certain of.” 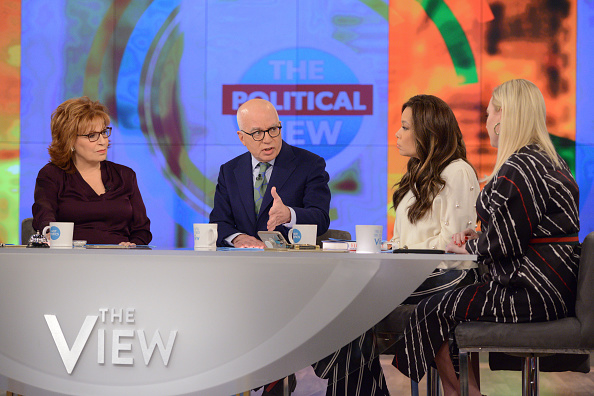 THE VIEW – Michael Wolff, author of “Fire and Fury,” is a guest on “The View,” Wednesday, January 10, 2018. (Photo by Lorenzo Bevilaqua/ABC via Getty Images)

“I’m talking about those calls where you absolutely know what the response is going to be,” he went on. “They put you in the position in which you’re potentially having to negotiate what you know. In some curious way, that’s what much journalism is about. It’s about a negotiated truth.”

Wolff’s book already gained a lot of media attention for claiming that former special counsel Robert Mueller drew up a draft indictment against Trump for obstruction of justice, according to The Guardian. A spokesman for the special counsel flat out refuted this claim.

“Fire and Fury,” his first book, was riddled with inaccuracies, and he was forced to issue a retraction for a claim that the president had an affair with an administration official.