New York University cancelled a journalism class about the far-right that former Media Matters researcher Talia Lavin was scheduled to teach, because only two students signed up.

NYU hired Lavin this year to teach an elective about reporting on the far-right, in which she promised to give students “a thorough grounding in far-right and white-supremacist movements in the United States, briefly examining their history and delving into their sprawling present incarnations.” She said students would learn how to identify and track far-right extremists online and best practices in reporting on them. (RELATED: Columbia Journalism Review Endorses One-Sided Journalism In Trans Athlete Debate)

The director of undergraduate studies at NYT’s journalism school, Adam Penenberg, told The Wrap he had to cancel the class because so few students expressed interest.

“Canceling the class had nothing to do with Talia’s writings, tweets, or anything else,” he said. “We cancelled it because too few students enrolled.” 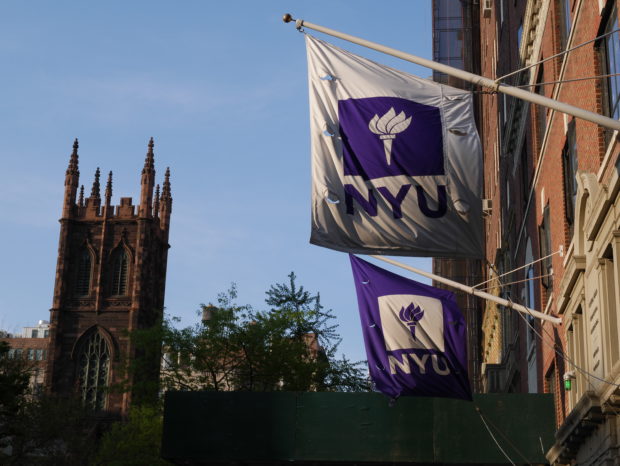 Lavin resigned as a fact-checker for the New Yorker last year, after she falsely accused a disabled immigration enforcement official of having a Nazi tattoo — the tattoo was actually a representation of the Maltese Cross and related to his service in the military. She then worked as an “extremism researcher” for Media Matters, but was laid off in January. (RELATED: Retired ICE Agent Shares Story Of Murdered Partner And Opinions On The Wall)

A now-deleted NYU faculty bio described her as an expert in “far-right extremism and social justice.”

Penenberg added that she won’t be asked to teach another course, since the students weren’t interested in her area of expertise.

“It would make no sense to try it again, given how few students expressed interest,” he said. “We have no plans to offer Talia another course, simply because her main focus (and the focus of her upcoming book) is the far-right.”

The NYU journalism school has run electives with as few as eight students, but typically caps them at about 15.