“I am standing in a House chamber that is virtually empty. Nearly all of my 431 colleagues are absent as the Speaker of the House seeks to pass a $19 billion spending bill,” Rose said on the House floor. “Our nation is $22 trillion in debt, trying to pass nearly $20 billion in new spending while the majority of Congress is not even in Washington reflects another act of irresponsible big government.”

This comes as Senate negotiators agreed to a nearly $20 billion disaster relief package for Americans on May 23, with hopes it would pass the House on May 24. However, Texas Republican Rep. Chip Roy originally derailed the disaster aid bill in the House by objecting to an unanimous consent vote — the objection did not block the legislation, but rather required the House to vote on the measure through a roll call.

Kentucky Republican Rep. Thomas Massie was the second Republican to stall the bill’s passage by objecting days later to the unanimous consent vote. Massie contended that the bill should include funding for the crisis at the border and that members should be in town to vote on the legislation.

Roy thanked Rose, after he objected to the vote Thursday, saying in a statement to The Daily Caller News Foundation that he was “glad to see another member of Congress making it clear to Speaker Pelosi that she can’t rule the House through fiat. The speaker could have put this bill on the floor last Thursday after the Senate passed it.”

“She could have held the House in session one more day to vote that Friday. Instead, she chose to close the House floor, send members home, and attempted to usher the bill through without members present. That is not how our system works. That is not how it is set up to operate. I commend my colleague, John Rose, for standing up today,” Roy Continued. 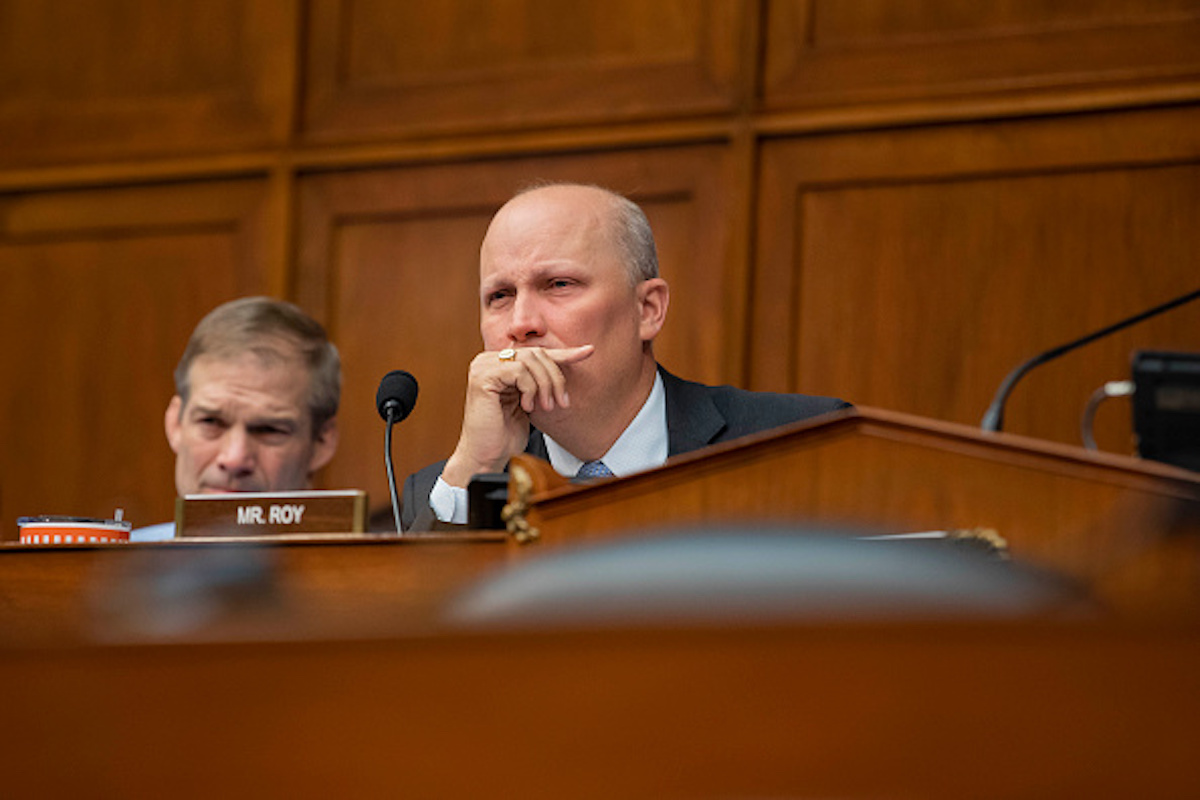 Rep. Chip Roy listens during a House Civil Rights and Civil Liberties Subcommittee hearing on confronting white supremacy at the U.S. Capitol on May 15, 2019 in Washington, DC. (Photo by Anna Moneymaker/Getty Images)

A House aide told TheDCNF that House leadership was aware Roy was going to object to the unanimous consent vote before Friday and that others were likely to follow. (RELATED: Rep Thomas Massie Blocks Disaster Aid Bill)

Since the measure was stalled again, the House will likely wait until after June 4 to approve the bill.

Pelosi has pushed back on Republicans’ objections, saying, “House Republicans’ last-minute sabotage of an overwhelmingly bipartisan disaster relief bill is an act of staggering political cynicism. Countless American families hit by devastating natural disasters across the country will now be denied the relief they urgently need.”

The legislation would provide aid to those affected by natural disasters, like the wildfires in California and hurricanes that hit Puerto Rico and the southeastern U.S. Interestingly, FEMA has nearly $30 billion in unobligated funds available to be spent on disaster relief.