A woman vacationing in the Dominican Republic was allegedly brutally beaten and trapped in a confined space for eight hours after a man attacked her in the lobby of a resort.

Tammy Lawrence-Daley, 51, posted a detailed account of her experience on Facebook, Wednesday, several months after the incident was supposed to have occurred, according to People. The post has since gone viral with over 140,000 likes and 150,000 shares.

“I had to take some time to heal before I could put it out there,” Lawrence-Daley told People.

“I’m at the point where I feel strong enough that I want to get this information out there because women need to understand they can’t walk around by themselves. I hate to say that, but it’s the truth. What I went through, I would never wish on anyone,” she continued.

Lawrence-Daley’s post began, “How do you explain to your kids you were almost killed by some random stranger and that ‘Mommy is coming home, but I don’t look like myself?'”

Lawrence-Daley explains how she, her husband and two friends went on a vacation together to an all-inclusive resort in the Dominican Republic. Late, after a day at the beach and a night of dancing, she says that she wondered downstairs to find a snack. (RELATED: Gerard Butler Has Been Hospitalized In The Dominican Republic. Here’s What We Know) 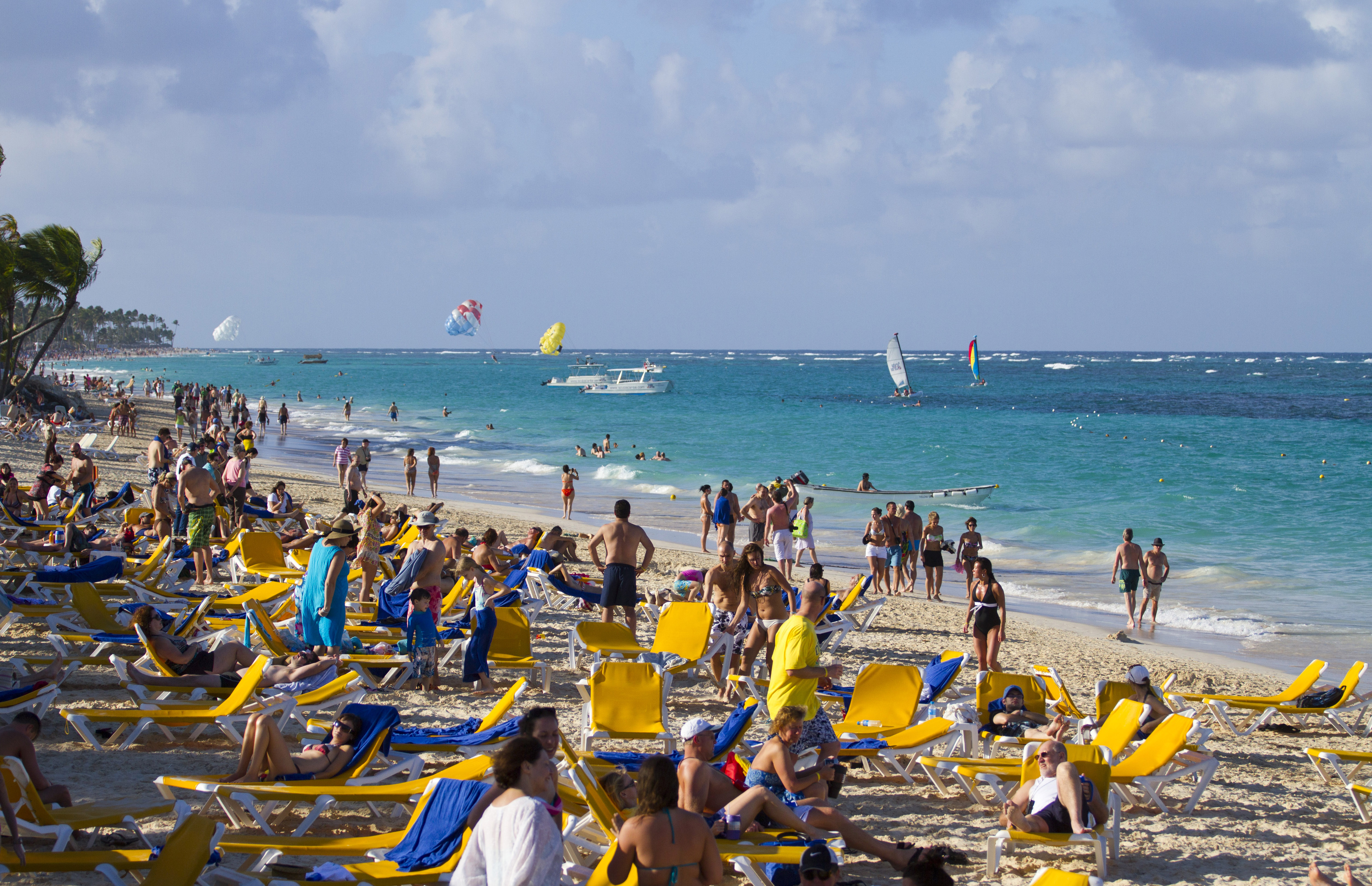 She made her way to the rotunda between the resort she was staying in and another building when she heard heavy footsteps behind her, the post explains.

“That’s when I heard it. Heavy footsteps… one, two, three, four, then they sped up, and then before I could react I was plowed into from behind and immediately immobilized. His arms wrapped around me and he started pulling me immediately into an unlocked maintenance room…”

She then describes being dragged down stairs by the assailant, who she claims was wearing a resort uniform, then being beaten, strangled and left for dead.

“He was too strong. The next 8 hours brought me pain and fear,” she explained.

“I was strangled multiple times to unconsciousness. My lifeless body was drug down concrete stairs to an underground waste water area. I was kicked in the head, I was beaten with a club. And then strangled again for the kill; at which time he disposed of my body into an area I refer to as the ‘hole.'”

Lawrence-Daley recounted being trapped in “the hole” for hours, vigorously trying to escape while blinded due to her eyes being swollen shut, People says.

Lawrence-Daley was reportedly discovered the next morning nearly eight hours after the attack. She says she spent five days in the hospital recovering from her injuries.

“I was unconscious multiple times during this savage attack, so I have no idea what else was done to me during that time. Somehow I survived. Again, I won’t go into all of the hell that I went through being basically ‘buried’ in that hell hole for so many hours.”

She used an external rape kit was several days after the attack but could not determine definitively whether or not she was raped due to too much time passing, People reports.

Lawrence-Daley’s husband and two friends reportedly searched for her while she was being assaulted. They asked the resort staff for help but were told she was “just drunk and likely passed out somewhere,” according to People.

She says that the resort claimed no responsibility for the attack, and police have not yet brought the suspect to justice.

“Majestic Elegance claims no responsibility for the attack since I couldn’t identify the attacker (even though he was wearing a uniform WITH the resort logo, …) Police did find evidence of the blood smeared mop handle and a maintenance hat in the area I was found, but this means nothing in these countries,” she wrote in the post.

The Daily Caller News Foundation reached out to the Majestic Elegance resort, but they declined to comment.