Hundreds of the 2,000 or so UACs currently held in Border Patrol custody have been detained at stations and processing centers longer than the 72 hour limit, according to a report by The Washington Post. Around 1,000 of the UACs are reportedly held longer than the legal limit, while more than 250 children 12 and younger are being detained for an average of six days.

The law mandates that Border Patrol must transfer UACs to a children’s shelter run by the Department of Health and Human Services (HHS) within 72 hours, but immigration officials say the record number of illegal immigrants appearing in their custody has overwhelmed their operations.

“It’s a daily battle,” one border agent told The Washington Post said about the crisis. “You catch a thousand people a day, and then you can only process 750 a day. The agents are working their tails off trying to get this squared away, but it’s a daily struggle with the amount of people we’re encountering.”

The situation at the U.S.-Mexico border continues to escalate. Migrant apprehensions have increased every month since January, with both March and April topping 100,000 migrant encounters. The month of May has proven a record-setter, with Border Patrol agents Wednesday making the largest single apprehension in history after nabbing 1,036 illegal immigrants in one group near El Paso, Texas. 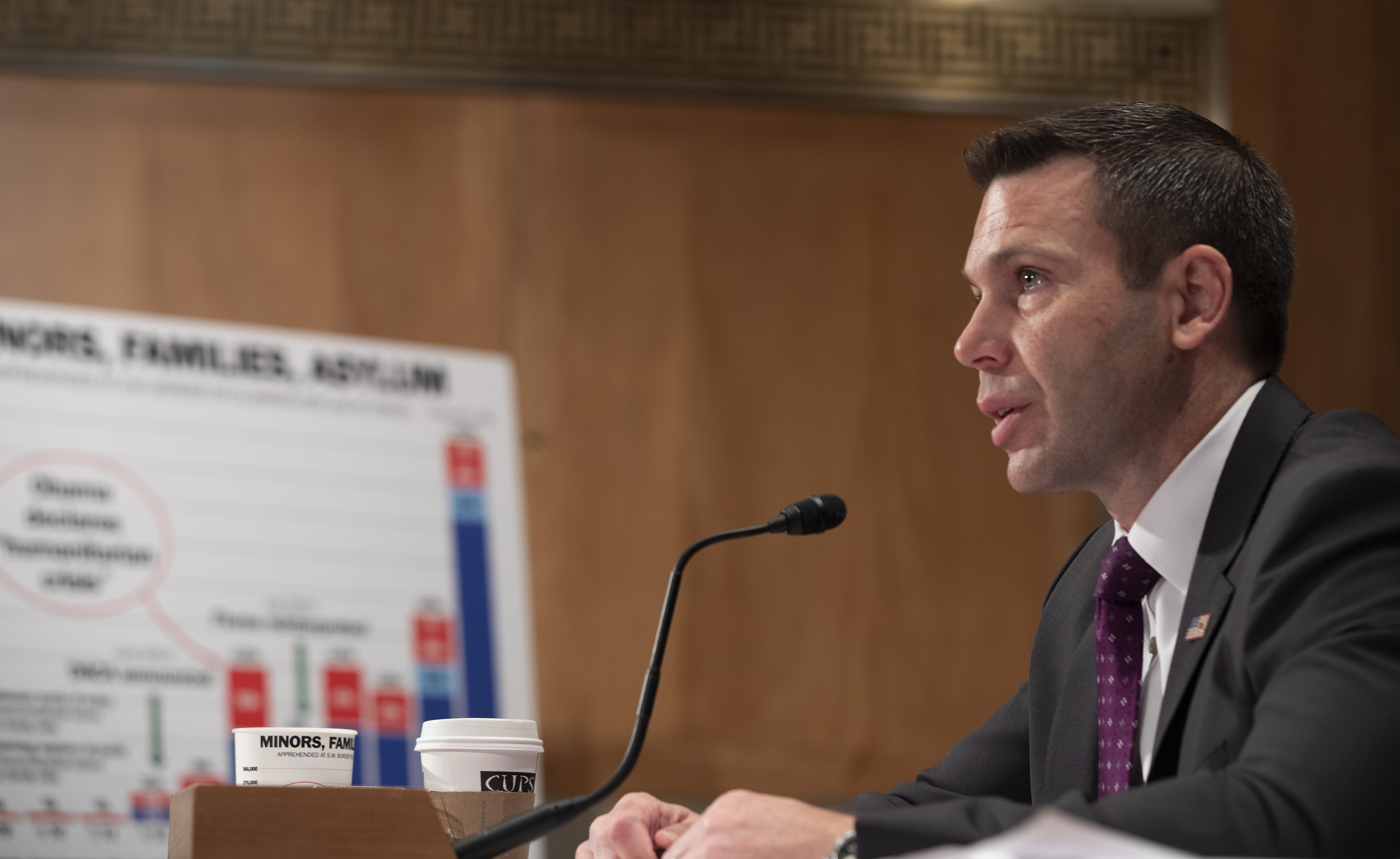 WASHINGTON, DC – MAY 23: Acting Homeland Security Secretary Kevin McAleenan testifies for agency’s fiscal year 2020 budget request before Senate Homeland Security Committee on Capitol Hill on May 23, 2019 in Washington, DC. Last year, the administration separated more than 2,500 children from parents as part of a policy to prosecute anyone caught crossing into the United States illegally, but that practice was stopped. (Photo by Tasos Katopodis/Getty Images)

Customs and Border Protection says over half a million illegal immigrants have been apprehended since the beginning of the fiscal year.

The situation is compounded by the fact that U.S. immigration laws are not designed for the high volume of Central American children arriving at the border. The vast majority of children ending up in Border Patrol custody are from the Northern Triangle countries of Guatemala, El Salvador, and Honduras — burdening a system designed to quickly deport children from Mexico and Canada. (RELATED: Pelosi Brings Up Melania When Criticizing Trump’s Merit-Based Immigration Plan)

“Our immigration system is full and we are well beyond our capacity at every stage of the process,” Acting Homeland Security Secretary Kevin McAleenan said before a congressional committee in May, asking lawmakers for additional funds and legislative fixes to these problems.