A judge in St. Louis, Missouri, ruled to temporarily block the state from preventing the state’s only Planned Parenthood from performing abortions on Friday.

Judge Michael F. Stelzer issued a temporary restraining order in favor of Planned Parenthood, according to NBC. The state would have been the first without one abortion clinic. The clinic would have closed at midnight on Friday, but the block has made it so that a decision will be made in court Tuesday, NBC reports. (RELATED: Last Missouri Abortion Clinic Could Shut Down)

“We could face a situation tomorrow where 1.1 million women of reproductive age in Missouri will no longer be able to access abortion care, which is essential health care, in their own state,” Dr. Leana Wen, president and CEO of the Planned Parenthood Federation of America said to NBC, Axios reported.

This comes after Planned Parenthood announced Tuesday that the last remaining abortion clinic in Missouri would possibly be shutdown. Since, there have been massive protests throughout the state, NBC reported. 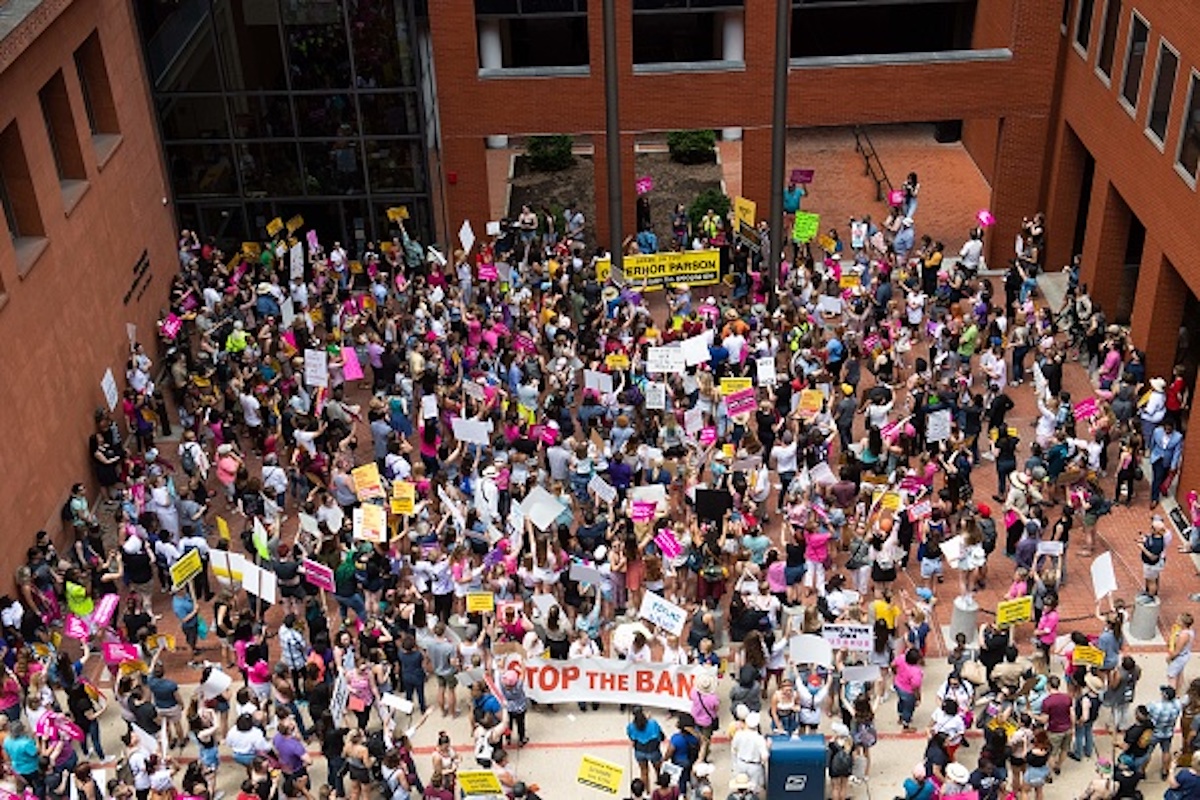 Thousands of demonstrators march in support of Planned Parenthood and pro-choice as they protest a state decision that would effectively halt abortions by revoking the license of the last center in the state that performs the procedure, during a rally in St. Louis, Missouri, May 30, 2019.  (Photo credit: SAUL LOEB/AFP/Getty Images)

This comes after Republican Mississippi Gov. Phil Bryant and Georgia Republican Gov. Brian Kemp signed legislation, which will make it so women will no longer be able to have an abortion after about six weeks of pregnancy when the law takes effect July 1. Pro-choice group Center for Reproductive Rights called it “blatantly unconstitutional” and threatened to sue the state.

The Georgia bill makes exceptions in cases of “rape, incest, and situations when the mother’s health is at risk,” reported CBS News, but only when the woman files a police report first.

Several other state legislatures, like those in Kentucky and Tennessee, have considered similar bills.