Despite happy talk from the Secretary of the Department of Veteran Affairs (VA), the Memphis VA Medical Center (VAMC) remains a troubled hospital.

VA Secretary Robert Wilkie gave an interview in May to the Commercial Appeal in Memphis about that hospital, and in the interview, he stated the leadership, “is now one of the best in the country”

He also said in the interview that the hospital had “turned a corner.”

In March 2019, the Office of Special Counsel sent a letter to President Trump concluding another investigation into the Memphis VA; this one found that the hospital cancelled more than one hundred electromyography (EMG) tests improperly.

“Memphis VAMC staff did not follow appropriate procedures when they discontinued a backlog of 143 EMG consults to 140 veterans,” the letter noted.

“The events highlighted in the letter occurred more than three years ago under the past administration and previous medical center leadership,” Susan Carter, director of the Office of Media Relations at the VA, told The Daily Caller.

She cited numerous steps the hospital had taken to improve the situation, including having EMG lab staff “sign a statement indicating they have reviewed and understand the Choice guidance on when and how to place veterans on the Veterans Choice List,” and hiring two new medical support assistants for the Neurology Service.

In 2017, USA Today reported that things were so bad at the Memphis VA Medical Center that it was one of four hospitals in the system which required weekly briefings from top brass at the VA.

In 2018, the USA Today reported that the Memphis VA Medical Center was one of five hospitals in the VA system to receive the worst rating in the VA’s internal rating system for three years in a row. (RELATED: VA Report Shows Young Military Veteran Suicide Rate On The Rise)

That internal system is called Strategic Analytic for Improved Learning (SAIL) and ranks hospitals one to five with one being the lowest. The Memphis VAMC continues to maintain a one rating. 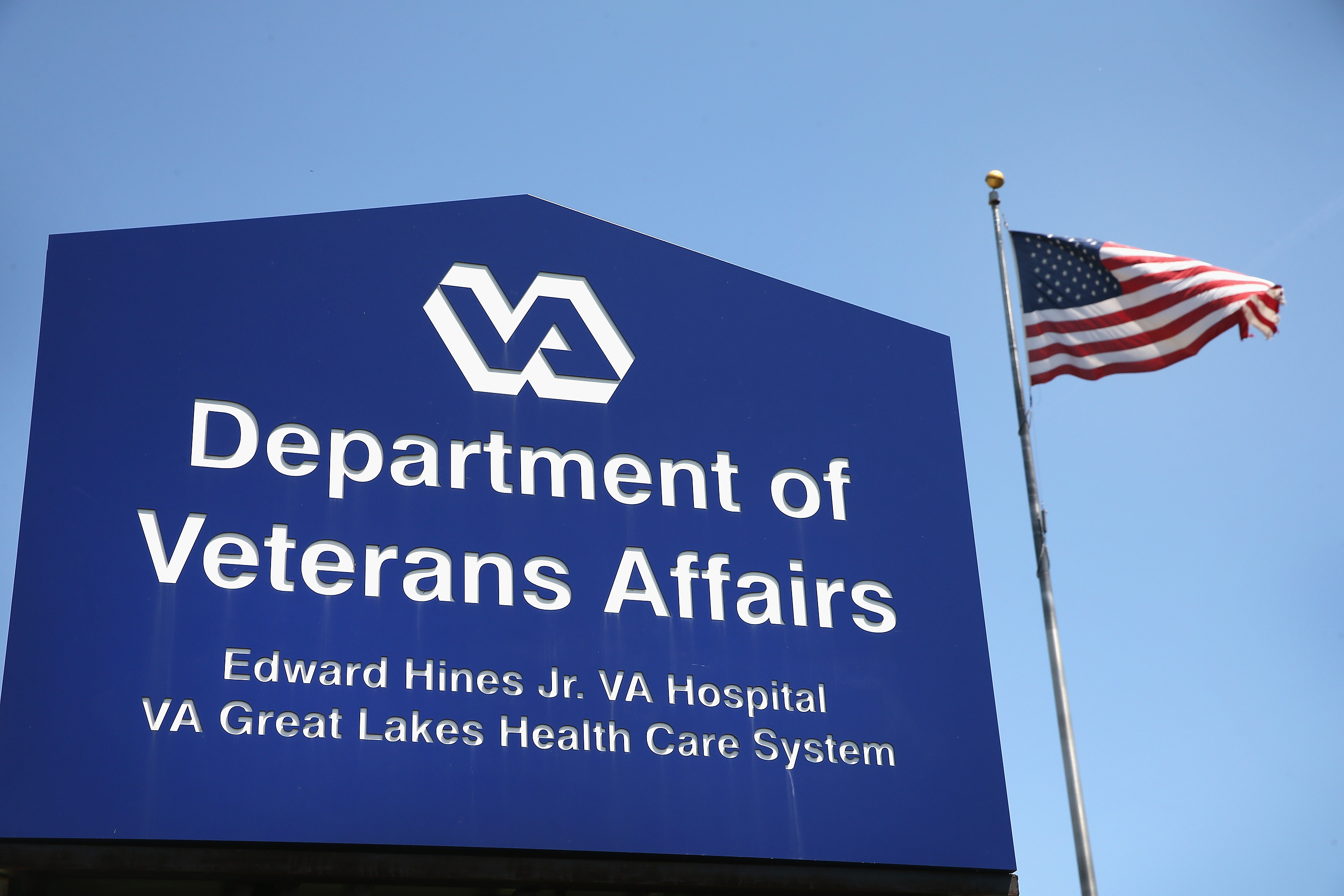 HINES, IL – MAY 30: A sign marks the entrance to the Edward Hines Jr. VA Hospital on May 30, 2014 in Hines, Illinois. Hines, which is located in suburban Chicago, has been linked to allegations that administrators kept secret waiting lists at Veterans Administration hospitals so hospital executives could collect bonuses linked to meeting standards for rapid treatment. Today, as the scandal continued to grow, Veterans Affairs Secretary Eric Shinseki apologized in public and then resigned from his post. (Photo by Scott Olson/Getty Images)

Sean Higgins is a former employee in the Memphis VA Medical Center who was credited with more than forty disclosures of waste, fraud, and abuse at the hospital.

“How can he [Wilkie] say they’ve turned a corner, if it’s still rated one,” Higgins said.

Carter acknowledged that the hospital continues to maintain the worst rating, she said it doesn’t tell the whole story.

“Star ratings are an internal comparison tool. While a one-star rating indicates room for improvement, the hospital still provides high-quality health care, as underscored by the fact that thousands of Memphis-area Veterans trust the Memphis VAMC for their care year after year,” she said. “The Memphis VAMC has improved in a number of areas, including standard mortality ratio, mental health and employee engagement. The facility recently received accreditation from The Joint Commission in Hospital Care, Home Care and Behavioral Health with no requirements for improvement, and the facility is set to build on these gains in the future.”

Higgins said that it’s hard to argue the leadership is one of the best, when much of that team has been at the hospital for years and presided over its dismal ratings.

David Dunning is the Medical Director and he has been there since 2017. Of the rest of the leadership team, Chief Operating Officer Fred Kehus, Assistant Medical Director Tommy Ambrose, and Chief of Staff Thomas Ferguson have been there even longer, Higgins said. (RELATED: Two Whistleblowers Say They Were Run Out Of VA Hospital In Jennings, Louisiana)

Higgins said the leadership team is largely the same as the one which caused its abysmal ratings. 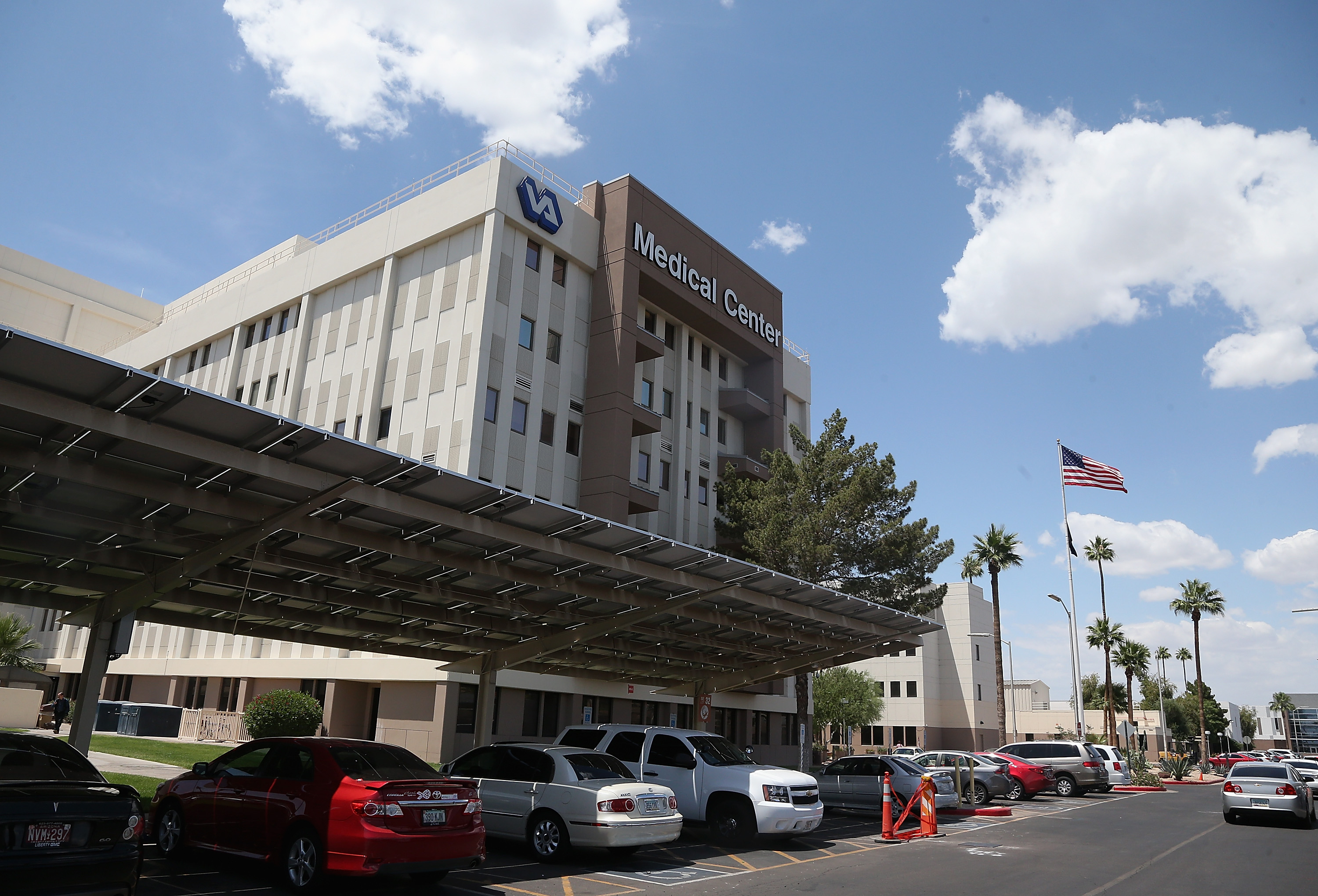 PHOENIX, AZ – MAY 08: Exterior view of the Veterans Affairs Medical Center on May 8, 2014 in Phoenix, Arizona. The Department of Veteran Affairs has come under fire after reports of the deaths of 40 patients forced to wait for medical care at the Phoenix VA hopsital. (Photo by Christian Petersen/Getty Images)

Higgins has been terminated three times by the Memphis VAMC; he got his job back the first two times and is appealing the third termination.

Higgins’ attorneys have filed an appeal in U.S. Federal Court, arguing that Higgins was being terminated for swearing in a meeting. “Agency wants to end the Appellant’s career for profanity and a figure of speech with no ill-intent behind it. Agency argues this is a just outcome despite the fact the Agency caused PTSD in Mr. Higgins according to his doctor and despite the fact Agency continued to subject Mr. Higgins to enormous pressure for his whistleblowing,” the appeal noted.

He said if there are fewer disclosures it is only because the rest of the staff has seen how he was treated.

Of Higgins, Carter said, “Mr. Higgins was removed for misconduct June 30, 2017. Mr. Higgins filed an appeal to the Merit Systems Protection Board, which thoroughly and independently investigated the basis for removal. On June 7, 2018, the MSPB rendered its ruling, which upheld the agency’s decision to terminate his employment.”

Pedrick Thompson is another whistleblower at the Memphis VAMC and he agrees with Higgins assessment; he told The Caller that he has talked to several employees who considered making a disclosure but then backed out, fearing retaliation.

Thompson is currently on medical leave but has worked at the Memphis VA since 2009. He said he believes that things have continued to deteriorate and are worse today than they were when he arrived.