Obama‘s remarks came during an interview at VTEX DAY, a conference in Sao Paulo, Brazil, after he was asked to describe his hardest day as president.

“The most difficult day that I’ve had was the day that there was a shooting in a school where 20 small children were shot,” he said.

“Some of you may be aware, our gun laws in the United States don’t make much sense. Anybody can buy any weapon, any time without much, if any, regulation. They buy it over the internet. They can buy machine guns.” 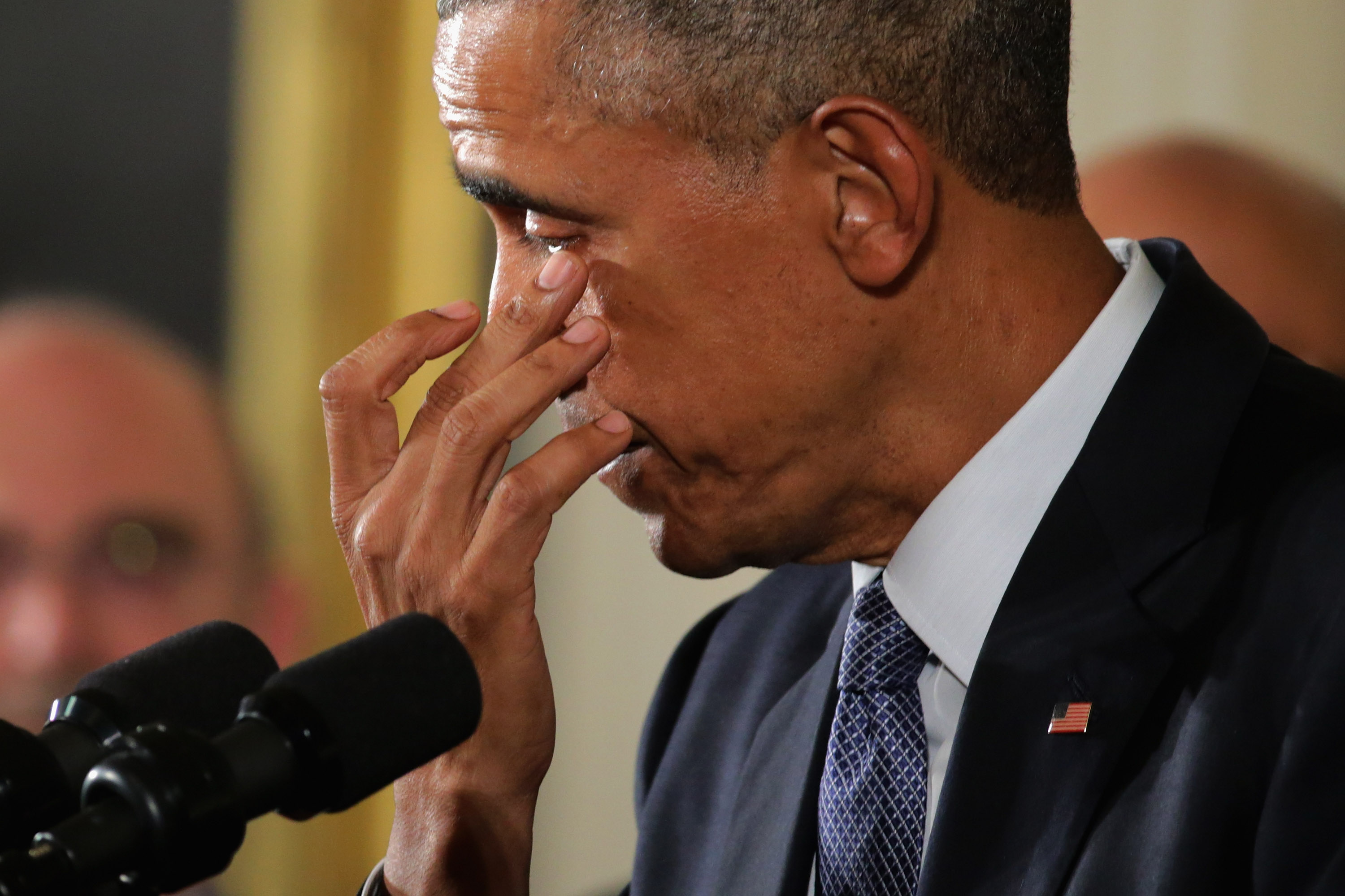 U.S. President Barack Obama wipes away tears as he talks about the victims of the 2012 Sandy Hook Elementary School shooting and about his efforts to increase federal gun control in the East Room of the White House January 5, 2016 in Washington, DC. (Photo by Chip Somodevilla/Getty Images)

U.S. Federal firearms laws are stricter than Obama represented. Gun purchasers must be at least 18 for rifles and shotguns, and 21 for handguns, and pass a background check if they buy from a dealer, according to the National Rifle Association.

In addition, fully automatic machine guns cannot be sold to private citizens, as written in the National Firearms Act.

Obama’s comments about guns are timely for Brazil. In January, Brazilian President Jair Bolsonaro issued a temporary decree that expands access for people to buy and carry guns, according to the Daily Mail. (RELATED: ‘Trump Of The Tropics’ Wins Brazilian Presidential Election)

“Having to speak to parents who had lost a child just a day or two after it had happened, and not being able to assure them that…that would change, that we would fix this. I couldn’t bring their children back but I couldn’t even promise them that we would change the laws so this didn’t happen to somebody’s children.”

“That was the day that was emotionally most difficult for me,” he added.