A top House Republican is asking the Justice Department’s inspector general whether Peter Strzok is the former FBI official accused of leaking sensitive materials to the press and accepting gifts from a reporter.

Georgia Rep. Doug Collins, the ranking member of the House Judiciary Committee, sent a letter Thursday to Michael Horowitz, the Justice Department inspector general (IG), inquiring about the identity of a former FBI deputy assistant director (DAD) who was investigated for unauthorized contacts with the press.

Collins said the description of the official in a summary of the IG investigation matches up with Strzok, who was fired from the FBI on Aug. 13, 2018, for sending anti-Trump text messages.

“While the DAD is not named in the Summary, there are several indications the DAD in question is former FBI counterintelligence agent Peter Strzok,” Collins said, noting Strzok had been promoted to the position of deputy assistant director in the FBI’s Espionage Section in September 2016.

The IG found the FBI official accepted a $225 ticket from a reporter to a media-sponsored event. The official also had “dozens” of unauthorized contacts with the media, and provided law enforcement sensitive information to reporters on “multiple” occasions. (RELATED: High-Ranking FBI Official Leaked Court Sensitive Documents To Press, Accepted Gifts From Reporter, Watchdog Found)

The official was investigated for possible contempt of court for leaking information that had been filed under seal. Prosecution was declined in the case, the IG summary said. 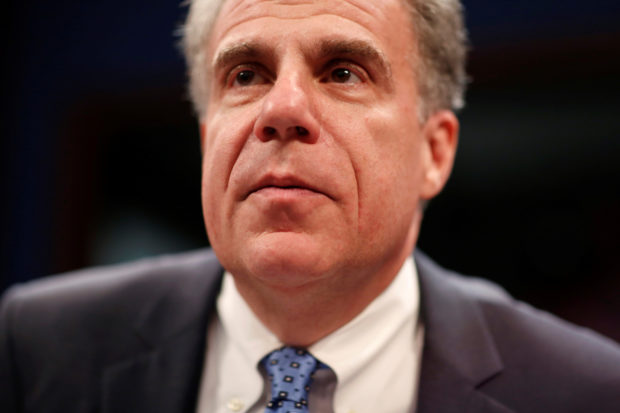 The report stated “[m]ost troubling, on October 29, 2016, Strzok forwarded from his FBI account to his personal email account an email about the proposed search warrant the Midyear team was seeking on the Weiner laptop. This email included a draft of the search warrant affidavit, which contained information from the Weiner investigation that appears to have been under seal at the time in the Southern District of New York … ”

Strzok was the only assistant deputy director involved in the Clinton email investigation, Collins said.

The Office of the Inspector General declined comment on the matter. An attorney for Strzok did not respond to a request for comment on Collins’s allegations.

Strzok and Page were heavily critical of Donald Trump in the texts. In a text Aug. 8, 2016, Strzok told Page “we’ll stop” Trump from becoming president.