“I’m not going to be a candidate for president in 2020,” Hogan said in an interview with The Washington Post.

Trump’s Republican critics have worked to entice Hogan into jumping into the crowded 2020 race. Hogan acknowledged the president’s growing popularity inside the Republican Party, but said he wants to focus on being Maryland’s governor.

“I have a commitment to the 6 million people of Maryland and a lot of work to do, things we haven’t completed,” he said.

Hogan’s decision is a potential mortal wound to the so-called “Never Trump” wing of the Republican Party, a contingent of commentators and former politicians such as Bill Kristol and former Ohio governor John Kasich.

Kristol attended a baseball game in April with Hogan and political strategist Russ Schriefer to talk about the 2020 presidential race. Kristol told Hogan his ability to win twice in deep blue Maryland could resonate with Republican voters, WaPo reported. (RELATED: Bill Weld Makes 2020 Campaign Official In Hopes Of Beating Trump On The Right) 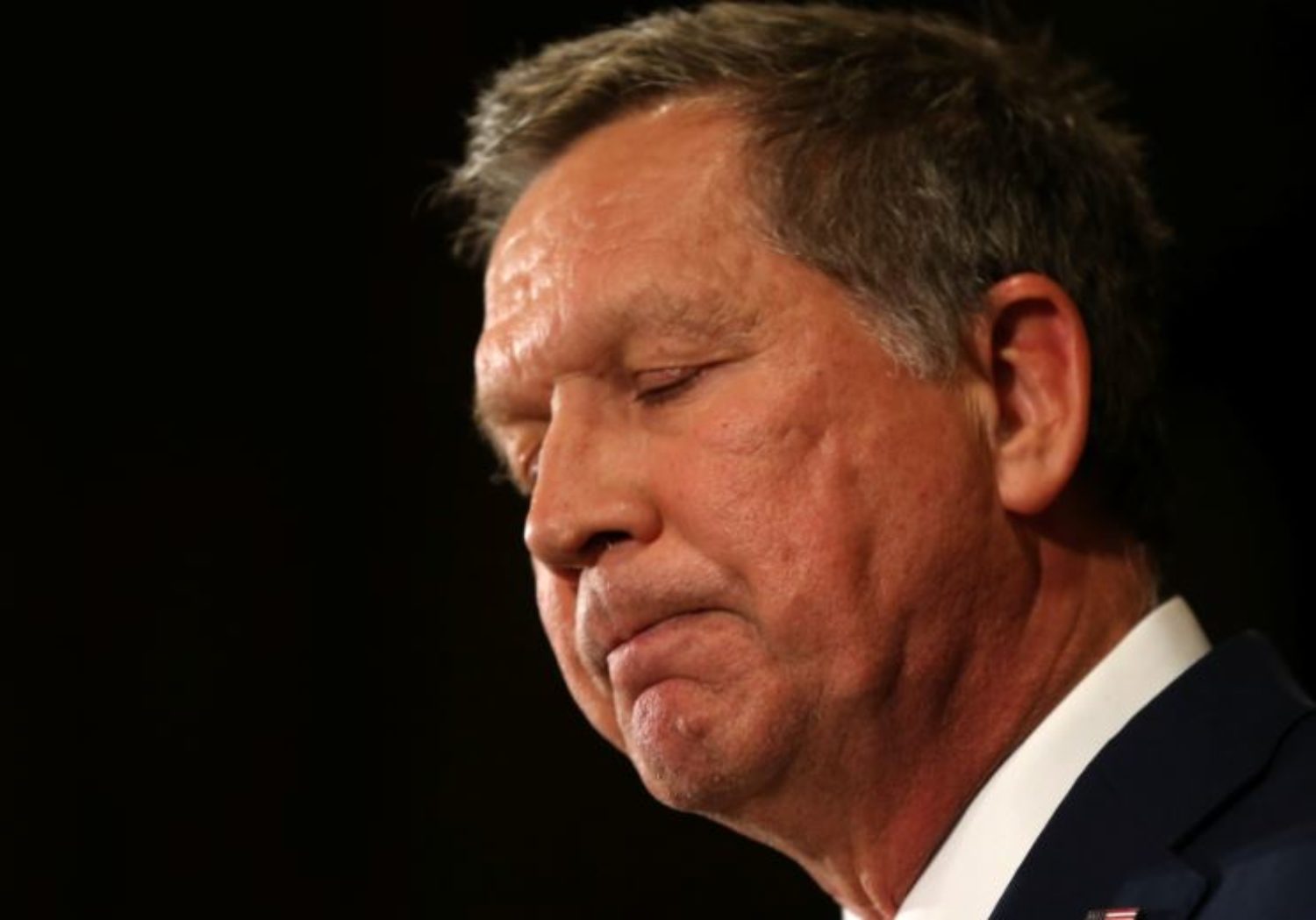 Hogan’s decision leaves Kristol and his ilk with one surefire option: former Massachusetts Gov. Bill Weld, who announced his presidential bid in April. Weld, a moderate, has not won an election in 20 years and has seen his status in American politics diminish considerably. He served as the Libertarian Party’s vice presidential candidate in 2016.

Kasich is also considering a potential bid but has since backed off.

“There is no path right now for me,” the former governor said Friday on CNN. “I don’t see a way to get there.”

He said the reality is that “90% of the Republican Party supports” Trump.

The president’s approval ratings hovered around the 40% range during the first few years of his term, but have ticked up recently. A Gallop poll from late April shows Trump’s approval rating among Republicans spiked at 91%. Democrats’ ratings of Trump increased as well, with 12% approving of the president.