Chao, the daughter of Chinese immigrants who founded shipping giant Foremost Group, has not had a “formal role” at Foremost since the 1970s, reported The NYT. The news outlet also pointed out that Chao’s sister Angela Chao is CEO of Foremost and has ties to the Chinese state, including her membership of the board of the Bank of China.

“We are an international shipping company, and I’m an American,” Angela Chao told The New York Times Friday, adding, “I don’t think that, if I didn’t have a Chinese face, there would be any of this focus on China.” (RELATED: Transportation Sec Elaine Chao Under Fire For Reportedly Retaining Ties To Construction Materials Company)

The NYT piece connected Chao’s family ties to Foremost with cost-cutting proposals for the Maritime Administration that she oversees, like refurbishing used ships instead of buying new ones.

But Republican Maine Sen. Susan Collins, who leads a group with oversight of the Department of Transportation (DOT) budget, said that the push for budget cuts came from the White House and not Chao, according to The NYT. Collins called Chao a “strong advocate” for maritime prioritization. 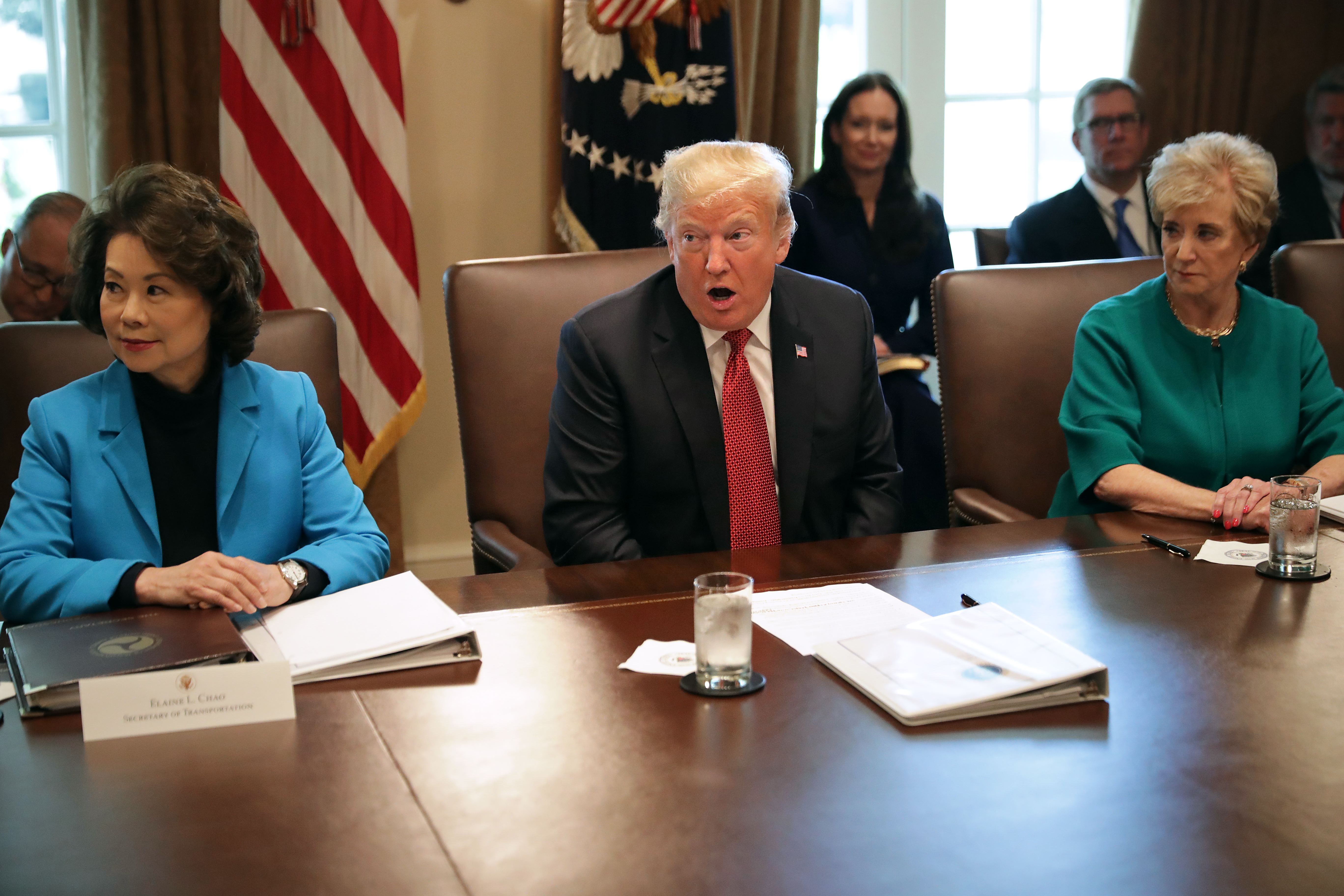 DOT provided the following statement from Chao for The NYT story:

My parents and I came to America armed only with deep faith in the basic kindness and goodness of this country and the opportunities it offers. My family are patriotic Americans who have led purpose-driven lives and contributed much to this country. They embody the American dream, and my parents inspired all their daughters to give back to this country we love.

“This article demonstrates deep misunderstanding of the work of Department of Transportation and the U. S. maritime industry. Important context is intentionally missing and it implies conflicts of interest where none exist. The Secretary has been one of this country’s greatest advocates for the U.S. flag ship industry and today, the Maritime Administration has the largest operating budget in its history in no small part due to her advocacy,” a DOT spokesperson told The Daily Caller News Foundation in an email.

The Chao family is respected in Beijing — for example, a state-run publisher printed biographies of Chao’s parents and released the copies at “ceremonies attended by high-ranking members of the Communist Party,” reported The NYT. She has visited China many times.

In addition, The NYT called attention to a trip to China being planned in 2017 that Chao cancelled after ethical concerns were brought to State Department and DOT officials. Chao asked “federal officials to help coordinate travel arrangements for at least one family member and include relatives in meetings with government officials.” It would have been her first trip to China as DOT secretary.

Foremost is based in Midtown Manhattan but has “almost no footprint” in the U.S. since its ships are registered in Liberia and Hong Kong and owned through companies in the Marshall Islands, according to The NYT.

Media attention on Chao and Foremost is not new. Her appearances with her father James Chao, including video interviews, have raised “ethical concerns” according to experts cited by Politico in 2018. Another 2018 story by The Intercept implied that the Chaos made use of offshore tax havens when funding their family foundation. 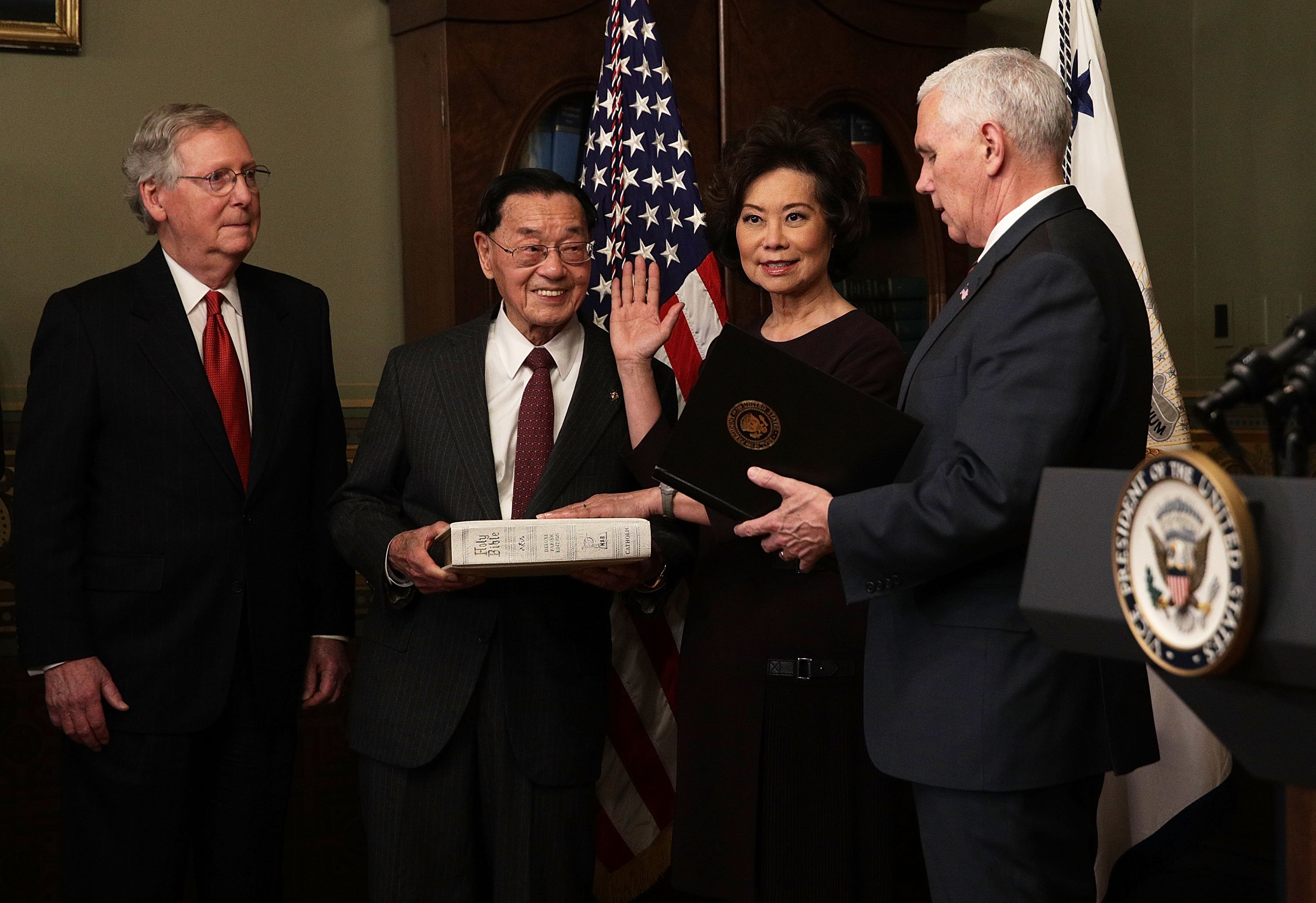 The NYT story also incorporated Senate Majority Leader Mitch McConnell, Chao’s husband of nearly 30 years. Thirteen members of the Chao clan have donated “more than $1 million to Mr. McConnell’s campaigns and to political action committees tied to him” since 1989, reported The NYT.

“I’m proud to have had the support of my family over the years,” McConnell told TheDNCF in a statement Monday.

The NYT’s Sunday story on Chao comes about a week after The Wall Street Journal published a piece based on federal disclosure forms showing Chao retained stock in a construction materials company despite signing an ethics agreement agreeing to a cash payout from the company.