Democratic Massachusetts Sen. Elizabeth Warren has made attacking Facebook a key component of her 2020 presidential campaign and has said she wants to break up the tech giant.

But even as Warren launches volley after volley at Facebook, her campaign is still relying on Facebook to target potential voters.

Warren’s campaign page spent more than $2 million on Facebook ads between May 2018 and May 2019, according to Facebook’s ad archive. The majority of that was spent promoting her presidential campaign.

Democratic candidates have relied on Facebook to target small-dollar donors in order to reach the 65,000 donor threshold needed to qualify for the first Democratic debates. 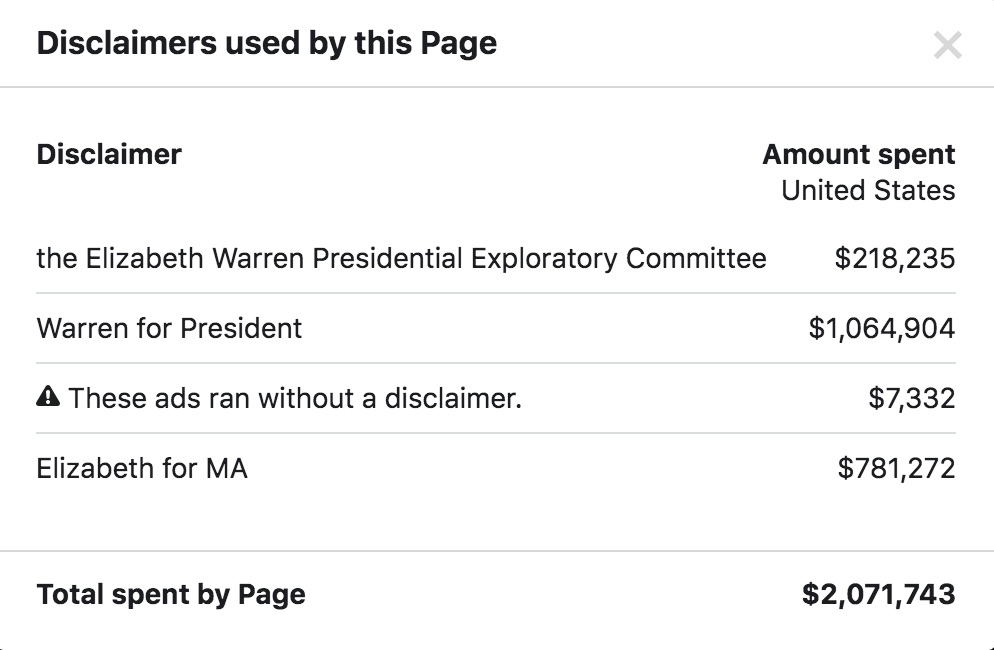 Warren has spent more on Facebook ads in the past year than either Biden or Sanders, according to Facebook’s ad archive. (RELATED: 9 Radical Policies 2020 Democrats Are Putting On The Table)

“Today’s big tech companies have too much power — too much power over our economy, our society, and our democracy. They’ve bulldozed competition, used our private information for profit, and tilted the playing field against everyone else. And in the process, they have hurt small businesses and stifled innovation,” Warren wrote in a March blog post.

“That’s why my Administration will make big, structural changes to the tech sector to promote more competition—including breaking up Amazon, Facebook, and Google,” she added. 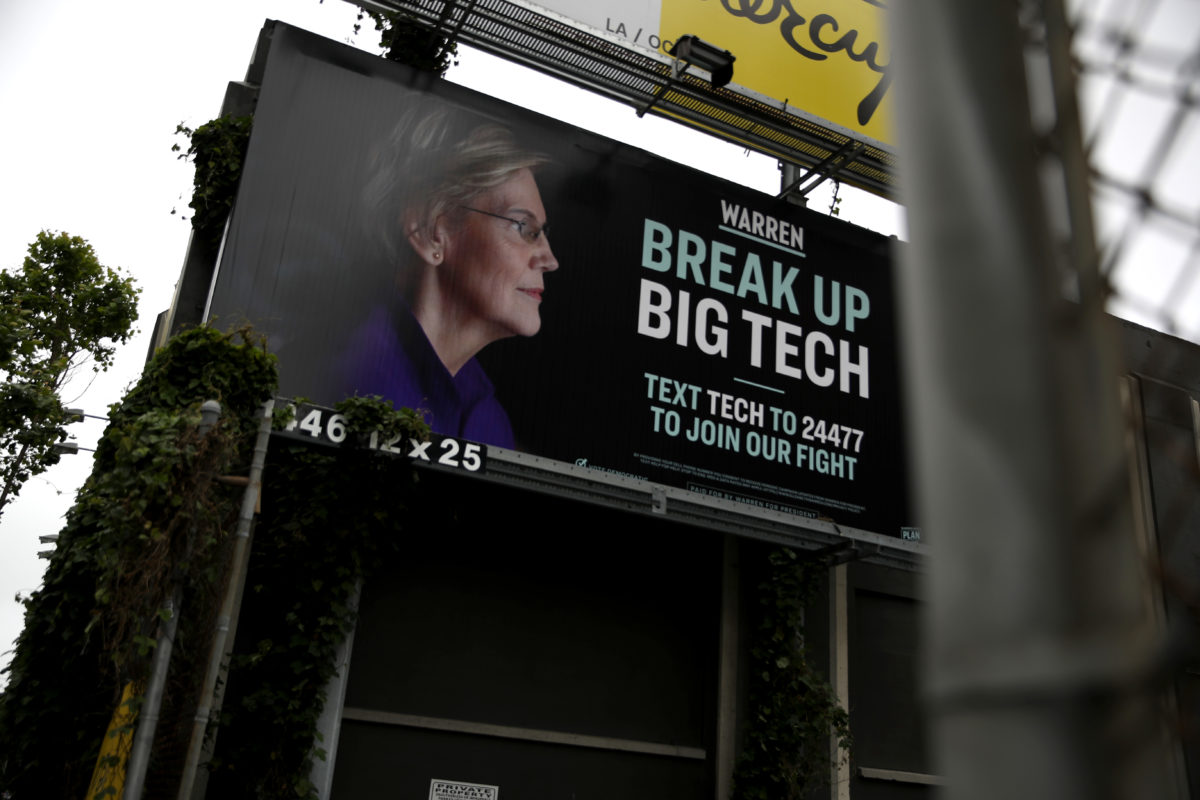 The Warren campaign posted a billboard in San Francisco that calls for breaking up big tech. (Justin Sullivan/Getty Images)

Facebook sparked a backlash in March after removing Warren campaign ads calling to break up the tech giant.

Facebook later restored the censored ads, but Warren pointed to the incident as evidence that big tech companies have too much power over political speech.

Warren’s campaign did not return The Daily Caller News Foundation’s request for comment.