“Name some of your public figures — Republicans who[m] you respect,” Matthews said. “Living Republicans. I’ll give you a few seconds.”

“Oh, I had such a great answer if it wasn’t living,” the South Bend, Indiana, mayor answered.

“Even better. Wendell Wilkey,” Buttigieg answered. “He’s from Indiana, he was — put country before party.”

“He united the country going into World War II. He was Roosevelt’s diplomat going to Britain to unite the world there,” Matthews stated before moving on. 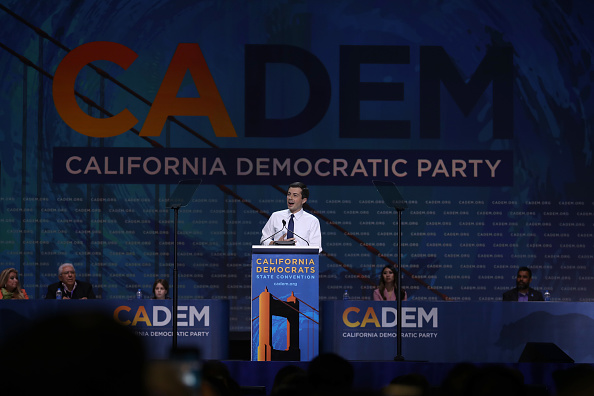 Wilkey was the Republican presidential nominee in 1940, even though he was previously a Democrat. (RELATED: Pete Buttigieg Surges In Latest Democratic 2020 Emerson Poll)

Buttigieg currently sits in fourth in a recent Morning Consult poll with 7% of the 16,368 polls conducted from May 20-26 2019. Ahead of him are former Vice President Joe Biden, 38%; independent Vermont Sen. Bernie Sanders, 20%; and Massachusetts Sen. Elizabeth Warren, 9%.

1
Obama Townhall Viewership Blows Trump Interview Out Of The Water
Politics
2
Michigan Anti-Lockdown Protesters Had Their Phone Data Tracked — Floyd Protesters Did Not
US
3
Here's A List Of Media And Politicians Who Downplayed Violence And Looting
Politics
4
Mass. AG: 'America Is Burning. But That's How Forests Grow'
Politics
5
Black Firefighter Spent His Life Savings To Open A Bar. Then Minneapolis Looters Burned It Down
US