Sen. Josh Hawley of Missouri asked Apple CEO Tim Cook on Tuesday to implement his “Do Not Track” option for customers as the big tech giant faces scrutiny over how much data it obtains through its application store.

Hawley, a Republican, sent a letter to Cook imploring him to do a better job of protecting customers’ private data. The letter comes a few days after Apple’s annual Worldwide Developers Conference, where the company introduced features protecting consumers’ data.

“But you can still do better,” he wrote in the letter after noting the features.

Hawley announced legislation in May that creates a program giving people the power to prevent online companies from collecting any more data than what is otherwise necessary for the companies’ services. It also prohibits entities like Google from profiling Americans who activate the so-called Do Not Track program.

The bill only has one sponsor but received bipartisan support when Democratic Sen. Dianne Feinstein of California voiced her support for the measure. Hawley impressed upon Cook the importance of taking up a “No Track” program — his letter takes particular importance as lawmakers signal their intent to open antitrust probes against big tech.

“My bill takes a giant leap toward ending the greedy data-grabbing practices of bad-actor companies,” Hawley wrote. “But this effort should not be led by Congress alone. You have it in your power to make good on your promise to be an industry leader. You should do so by implementing the principles behind my Do Not Track bill immediately.” 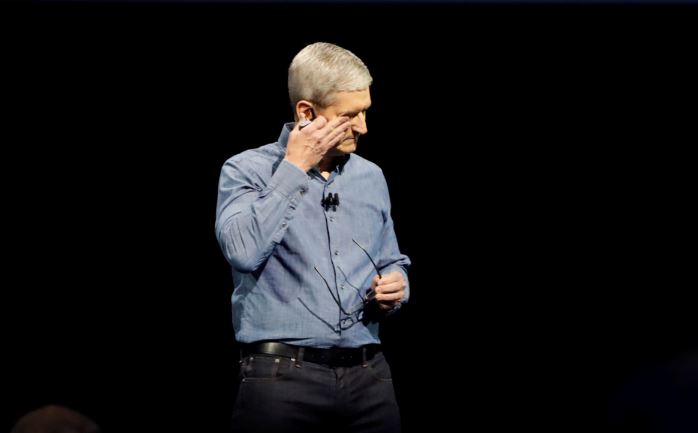 Hawley has made a name for himself as a Republican who is lending some intellectual might to concerns about the nature of big tech. He introduced several pieces of legislation aimed at cracking down on what conservatives believe is Google’s misuse of consumers’ private data.

One bill, introduced May 14, requires President Donald Trump to restrict any technology to China that would contribute to the communist country’s military. That legislation, if it passes, places heavy restrictions on technology that influences artificial intelligence, semiconductors and robots. It also restricts any kind of tech China might use to violate human rights.

Another piece of legislation bans “pay-to-win” apps targeted at children, which charge for upgrades and other rewards even though the applications are initially provided for free. Hawley cited Candy Crush as one of the biggest culprits of leveraging children’s willingness to learn for profit. His flurry of parliamentary procedure comes as conservatives haggle over how to approach regulating Facebook and Twitter.

Hawley’s letter Tuesday also comes as reports describe the extent of Apple’s ability to gather enormous troves of data on iPhone users, oftentimes without their knowledge or consent. Apple has traditionally touted itself as more privacy-oriented than other tech giants, including Facebook and Google, both of which rely on collecting user data as a central part of their business model.

Apple has not yet responded to The Daily Caller News Foundation’s request for comment.