“[A] Facebook official told The Daily Beast, Brooks posted a very different Pelosi video to a Facebook page called Politics WatchDog,” a page operated by Brooks. The report also noted that a company official confirmed the investigation and said the video “was first posted on PoliticsWatchdog directly from Brook’s personal Facebook.”

Politicians, pundits and activists alike called on social media companies to remove the video from circulation. Facebook ultimately opted to simply label the video as “fake” and suppress its prominence in people’s feeds even after YouTube dinged the video, noting that it violated the company’s terms of service. 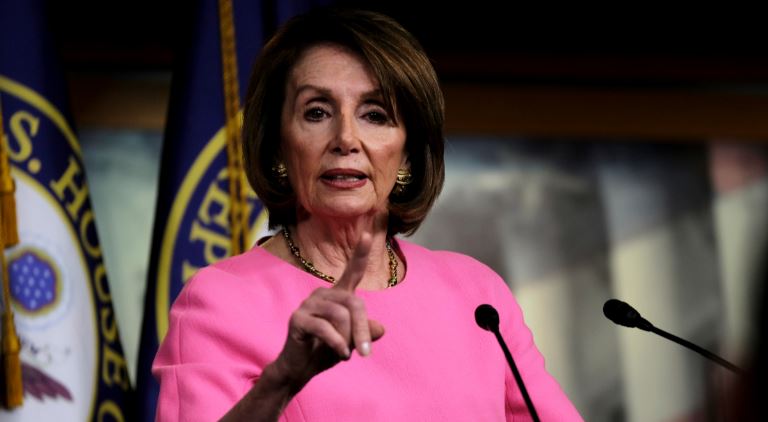 Brooks told The Daily Beast in a phone interview that he was not responsible for creating the altered video and claimed that there were other admins on the Facebook pages who could have posted it. The Daily Bast described Brooks as a “Donald Trump superfan.”

Facebook also provided information about the other administrators involved in PoliticsWatchdog, according to The Daily Beast. The company official confirmed the existence of six other admins on the page. They reportedly deleted the accounts under their “real name” policy last week after determining all of the accounts were in Brooks’ name.

Brooks posted a screenshot on Facebook showing what he claimed were the identities of the other administrators. (RELATED: Daily Beast Outs ‘Culprit’ Behind Infamous Drunk Pelosi Video: A Black Forklift Operator From News York)

Internet privacy advocates are calling out Facebook for working with The Daily Beast. “They didn’t do anything illegal,”Aaron Mackey, staff attorney at the Electronic Frontier Foundation, told The Daily Caller News Foundation.

“They did not violate their own rules. But this is their responsibility. They make promises to users about how they protect people’s privacy,” he said, noting that Facebook’s decision to help out the reporter likely did not violate the company’s terms of service. Facebook has wide latitude to do with a person’s private data what it pleases.

Mackey added: “Facebook should be guarding this and not providing that information.”

The video created a maelstrom of controversy after The Washington Post reported its existence. Reporters cried foul after President Donald Trump’s private attorney, former New York City Mayor Rudy Giuliani, posted the manipulated video on his Twitter with a caption questioning Pelosi’s mental state. He later deleted the tweet and said he did not know it was fake.

Trump, meanwhile, tweeted a separate video on May 24 in which someone spliced together a speech Pelosi gave at a news conference that made the California Democrat appear lost and confused. The president has been involved in a very public spat with Pelosi over policy differences. Trump’s family members have also gone after the California Democrat. Pressure for Facebook to ding the video grew into a roar shortly thereafter.