The White House has directed former administration aides Hope Hicks and Annie Donaldson not to cooperate with subpoenas from the House Judiciary Committee as part of its far-reaching probe of President Donald Trump.

The panel issued subpoenas to Hicks and Donaldson on May 21 for documents and testimony. Those orders asked Hicks to appear for testimony on June 19, while Donaldson is to appear on June 24. Both women were directed to submit records to the committee by Tuesday.

“As part of President Trump’s continued obstruction of Congress, the White House has instructed both Hope Hicks and Annie Donaldson not to turn over records in response to subpoenas issued by our committee last month,” Judiciary Committee chairman Jerry Nadler said in a Tuesday statement. “I note that Ms. Hicks has agreed to turn over some documents to the Committee relating to her time working for the Trump campaign, and I thank her for that show of good faith.”

“The president has no lawful basis for preventing these witnesses from complying with our request. We will continue to seek reasonable accommodation on these and all our discovery requests and intend to press these issues when we obtain the testimony of both Ms. Hicks and Ms. Donaldson.”

The news was relayed to the committee in a letter from White House counsel Pat Cipollone. He invited Democrats to negotiate directly with the administration over the scope of their subpoenas, according to The Washington Post. (RELATED: Federal Judge Blocks House Bid To Stop Trump’s Border Wall)

The Hicks subpoena sought documents relating to her service in the White House as a top communications aide, as well as records from the Trump campaign. Though the administration can block release of White House documents, it cannot shield campaign records using executive privilege. 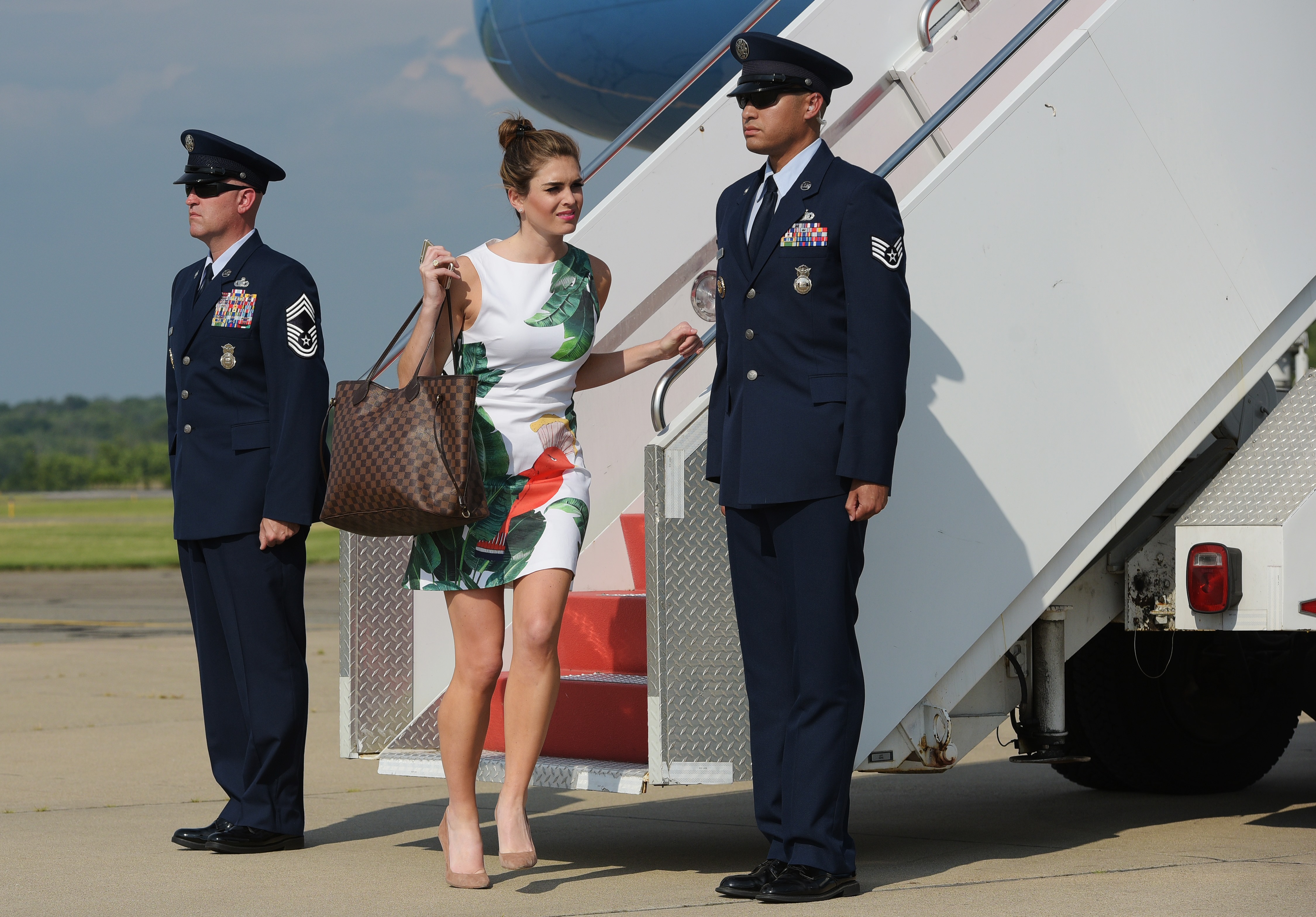 Hope Hicks steps off off Air Force One upon arrival in Morristown, New Jersey on June 30, 2017. (Mandel Ngan/AFP/Getty Images)

Among the items House Democrats are seeking from Hicks are documents relating to the June 2016 meeting in Trump Tower between campaign brass and Kremlin-aligned operatives. Hicks helped craft the administration’s public response after reports of the meeting appeared in The New York Times in July 2017.

The president is pursuing an aggressive campaign of non-cooperation with congressional subpoenas, and is fighting attempts to procure his tax and accounting records in court.