Bezos is purchasing the penthouse and the two apartments below it in a building located on Fifth Ave. The three apartments combined are more than 17,000 square feet and have 12 bedrooms, The Wall Street Journal reported Tuesday. 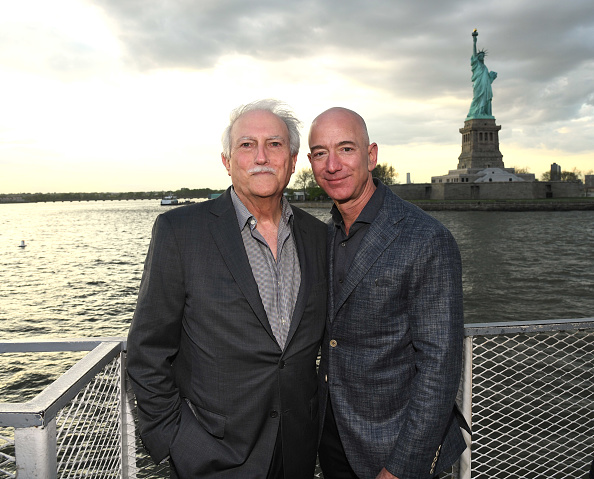 Miguel Bezos and Jeff Bezos arrive at the Statue Of Liberty Museum Opening Celebration at Battery Park on May 15, 2019 in New York City. (Photo by Kevin Mazur/Getty Images for Statue Of Liberty-Ellis Island Foundation)

In February, Amazon decided not to build a new headquarters in New York after local politicians disagreed on its construction and the effects it would have on the surrounding areas. Democratic New York Gov. Andrew Cuomo and New York City Mayor Bill de Blasio supported the deal, but Democratic Rep. Alexandria Ocasio-Cortez disagreed.

“After much thought and deliberation, we’ve decided not to move forward with our plans to build a headquarters for Amazon in Long Island City, Queens,” Amazon spokeswoman Jodi Seth said in a statement at the time. (RELATED: New York City May Be On The Verge Of Losing Its Massive Deal With Amazon)

The apartments fetched the second-most for property in New York this year, trailing only hedge funder Ken Griffin’s nearly $240 million deal for a penthouse at 220 Central Park South, the WSJ reported.