2020 candidate Kirsten Gillibrand defended her call for former Sen. Al Franken’s resignation after fellow candidate Pete Buttigieg said he disagreed with the move during his Monday town hall on MSNBC.

Eight credible allegations of sexual harassment, two since he was elected senator, and one from a congressional staffer. That is not too high a standard, regardless of how the Republican Party handles this behavior, and worse. Yes, it was Senator Franken’s decision alone to leave the Senate — a path he ultimately chose — but for many senators, including myself and others in this primary field, that was not too high of a bar to raise our voices and make clear we value women.

.@SenGillibrand’s statement on Sen. Franken’s resignation as it’s come up in the 2020 campaign: pic.twitter.com/9OSTtpN1DL

After appearing to deflect Matthews’ questions on Franken, Buttigieg relented and said, “Well, it’s not a bad thing that we hold ourselves to a higher standard. I would not have applied that amount of pressure at that time before we knew more.” (RELATED: Buttigieg Wouldn’t Have Forced Franken Out) 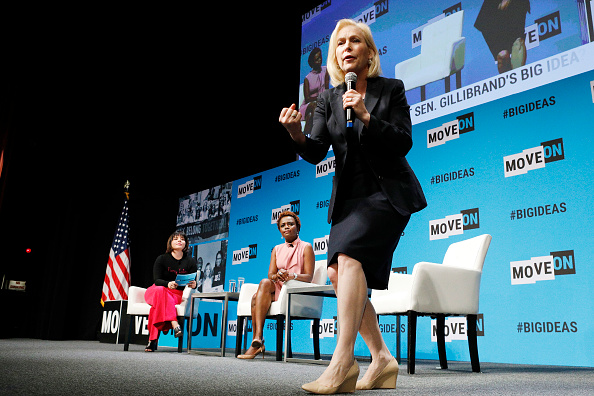 The New York Times published an internal memo from Gillibrand’s campaign in April where they claimed that her first quarter fundraising, which was dismal, “was adversely impacted by certain establishment donors — and many online — who continue to punish Kirsten for standing up for her values and for women.”