An LGBT sports blog revealed that only one perspective is valid in the trans-athlete debate: theirs.

Outsports slammed gay tennis legend Martina Navratilova in one strikingly honest post for refusing to budge on her view that it’s unfair for transgender athletes to compete in women’s sports. Their post also criticized the BBC for including the tennis star’s voice in an upcoming documentary on the subject.

The BBC’s Ken Schultz vacillates between praising Navratilova in the post as a respected champion of the gay community and dismissing her as a transphobe because there are only two bins for some transgender activists: those in complete agreement with them and bigots. (RELATED: Liberals Abandon Science In Transgender Athlete Debate)

One paragraph midway through the article makes this clear: “Furthermore, framing the documentary as a look at ‘all sides of the debate’ implies that believing ‘male athletes transition to female just to win a trophy’ is a valid point worthy of consideration, instead of being a pitch for a terrible Adam Sandler movie. To be blunt: This is simply not an issue with two valid arguments.” 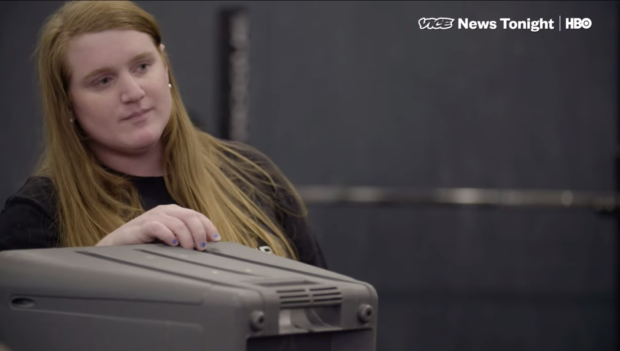 This idea that the transgender athlete debate is one-sided is pervasive in reporting on the subject and has been endorsed by the Columbia Journalism Review, a magazine that describes itself as a media watchdog and an intellectual leader of reporters.

A range of outlets from blogs like Outsports to established papers like The Washington Post have set aside the journalistic norm of reporting on all sides of a story in order to focus almost exclusively on the perspective of the transgender athletes at the center of this debate. Those on the other side of the debate who do speak out are typically ignored or dismissed. (RELATED: A Look At One Of The Hidden Sides Of The Transgender Athlete Debate)

Athletes like Navratilova are obviously difficult to ignore, in her case especially because of her status in the LGBT community. Schultz refers to her as “a symbol of everything that pride stood for” and “one of the most important athlete activists that the community has ever produced” because she came out as gay when she was dominating tennis on the world stage.

Other prominent female athletes, including former Olympic swimmer Sharron Davies, have also spoken out against the policy of allowing biological men to compete with women, but Schultz says Navratilova’s view is “doubly hurtful” because she is betraying the “most vulnerable” in her community.

The writer warns her legacy will be permanently scarred if she does not adopt the right view, and thoroughly dismisses any notion that her perspective is informed or legitimate. 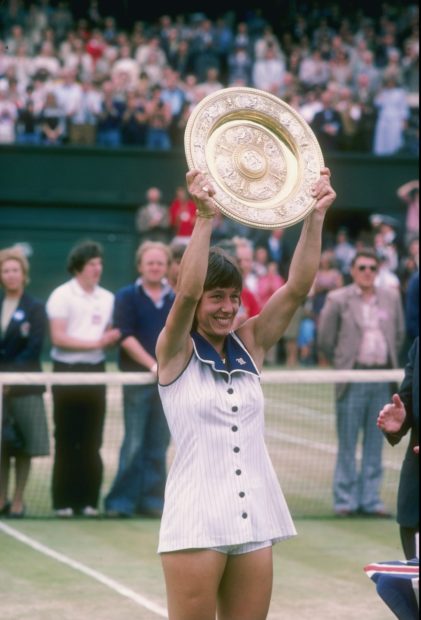 “Navratilova had an opportunity to educate herself on the topic and evolve her views after the firestorm that followed her initial tweets on the subject,” Schultz writes. “But whatever research she did was clearly one-sided or not enough as she dug her heels in even more forcefully with her editorial.”

Navratilova said the policy of allowing transgender athletes to compete with women “reward cheats and punish the innocent” in the U.K. Times editorial. She later apologized for using the term “cheats,” but continues to argue the policy is unfair because biological men have an inherent physical advantage over biological women.

Schultz acknowledges Navratilova seems to be making a good faith effort to explore all sides of the issue in the documentary. A transgender runner who has studied and written on the dispute said Navratilova did not come off as “dogmatic” or hateful in an interview for the documentary.

“I doubt that she is actually transphobic,” the writer told Outsports.

But Schultz is not appeased, because the writer also indicated that while Navratilova apparently gained a newfound respect for the research on transgender athletes, “I doubt … that I changed her mind on anything.”

“There are only so many chances to change public perception before it becomes an enduring part of how she will be viewed going forward,” Schultz writes in the conclusion of the Outsports post. “And so far, she’s missed them all.”