A PBS documentary on abortion shows women as they abort their unborn babies on camera, including one woman who is shocked to discover she is pregnant with twins but decides to go through with the procedure.

Viewers hear the sound of the vacuum pump and watch a doctor wearing a face guard suction the woman’s twins out of her womb, as she lies sedated on a table with her feet in stirrups. Her emotional struggle before, during and after the procedure is plainly evident, particularly in the moment she learns she is pregnant with twins.

“Oh my god,” she says as she covers her face with her arms. “What does that mean?” she says as she stands up. “So like, is the procedure any different?” The nurse assures her it’s exactly the same. “Why does it feel so different?” she asks. (RELATED: Democratic State Lawmaker Calls Abortion ‘Modern-Day Genocide’) 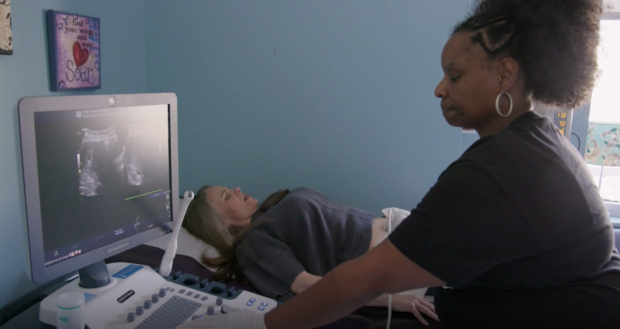 A woman discovers she is pregnant with twins during an ultrasound at a Philadelphia abortion clinic filmed by PBS “Frontline” for “The Abortion Divide” documentary. (PBS Frontline/Screenshot)

Later, in a straight to camera interview, she remarks: “When she said that there were twins, I wasn’t prepared for that at all. I didn’t even consider the possibility. I don’t know. It’s not a rational thing.” And then, sitting with her husband after the procedure and talking to the technician about scheduling the abortion, she adds: “It felt, it made things a little different.”

The woman and her husband of five years already have a young son who is autistic and doesn’t like children. She said her decision had a lot to do with him.

After another abortion filmed for the documentary, a technician is seen placing the container of remains in a blue cooler, and taking them to a back room, where the contents are dumped into a strainer and then into a pie plate. A third technician picks through the remains to ensure the entire fetus was removed from the mother’s womb. (RELATED: NPR’s Style Guide For Abortion Was Basically Planned Parenthood Propaganda. So We Fixed It)

“What I hope I feel is a sense of peace, not only with myself and the decision that I’ve made, but also a sense of peace with these two beings that I have chosen not to bring into the world,” another woman who participated in the documentary says. She also decided to abort twins, in her case by means of a series of drugs that induce a miscarriage. “Thank you for choosing me, and I’m honored to be given this gift of life, and also I can’t do it right now. I can’t accept that mantle in terms of the other lives that I’m taking care of and I’m responsible for.” 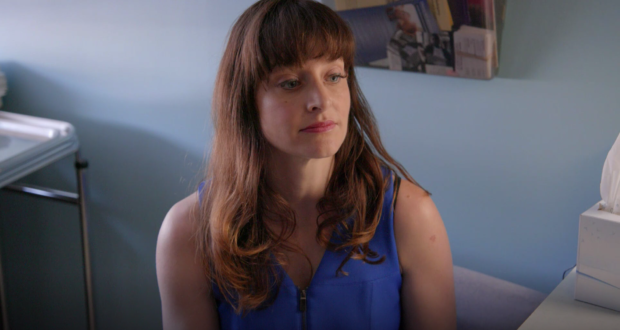 A woman identified as Taryn discusses her decision to get an abortion in the PBS “Frontline” documentary “The Abortion Divide.” (PBS Frontline/Screenshot)

She is a recently-divorced mother of two who got pregnant after having unprotected sex with a man she was seeing and wanted to focus on her corporate career. She and several other women are seen taking the first round of drugs in the documentary.

The “Frontline” documentary revisits an abortion clinic in Philadelphia where a similar documentary was filmed 30 years ago. The film includes perspectives from abortionists, vocal and active pro-life members of the community, women who do and do not choose to go through with an abortion, and in some cases their significant others. Footage of women and doctors in the original documentary, facing similar circumstances and iterating the same perspectives and talking points is spliced in.

“The end of the battle over abortion, here in Pennsylvania, and everywhere else, seems a long way off,” the narrator remarks in conclusion of the film. The documentary aired in late April, and is available in full on the PBS website.