Customs and Border Protection released official apprehension numbers made by Border Patrol in May, revealing that the illegal immigration crisis is continuing to escalate.

Border Patrol agents detained a total of 132,887 illegal migrants along the U.S.-Mexico border during the month of May, according to newly released data from Customs and Border Protection (CBP). Border agents also turned away 11,391 migrants who arrived at legal points of entry, bringing the total number of migrant encounters in May to 144,278.

The newly released information confirms that more foreign nationals are illegally arriving at the U.S. border, despite the Trump administration’s concerned efforts to discourage illegal immigration.

May’s apprehension numbers are not only the highest in the current fiscal year, but the highest in well over a decade. Migrant arrests by Border Patrol agents have increased every month since January. May marks the third consecutive month in which encounters topped 100,000.

The latest data shows that the situation increasing exponentially, with encounters jumping over 30% from April to March. Department of Homeland Security (DHS) officials expect this trend to continue as more migrants choose to make the journey to the U.S. during the summer months.

CBP continues to face a worsening crisis at the Southwest border. In May, CBP apprehended or deemed inadmissible 144,278 individuals along the SWB—a 32% increase over the previous month. Details here: https://t.co/ru9AsalgPb pic.twitter.com/p8kcr5lZ7Y

Border Patrol has apprehended just shy of 600,000 illegal immigrants in the 2019 fiscal year, most of them families and unaccompanied minors from Central America. The surge of these migrants has stretched DHS resources well past their breaking point. 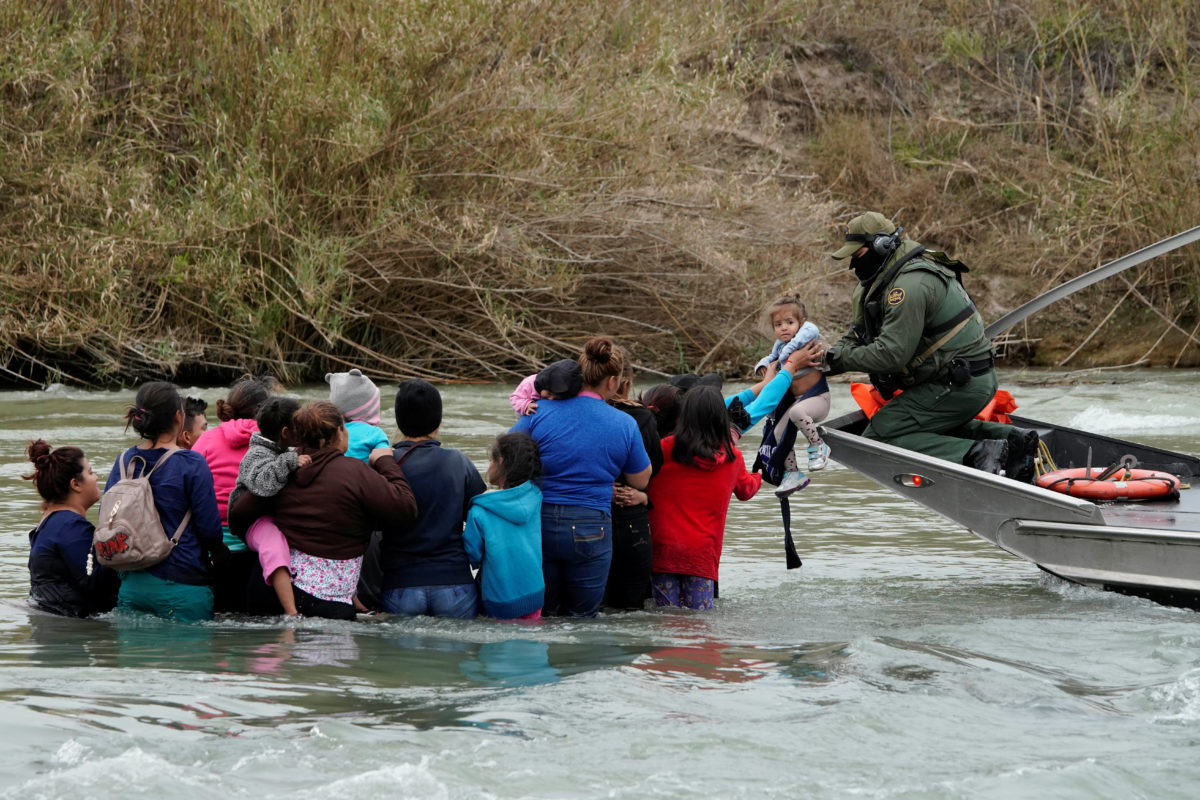 “Our apprehension numbers are off the charts compared to recent years,” Border Patrol Chief Carla Provost told a Senate committee in early May. “For the first time in Border Patrol history, nearly half of the adults we apprehended in April brought children. They have received the message loud and clear: Bring a child, you will be released.” (RELATED: ICE Acting Director Says Family Deportations Are On The Table)

The crisis not only stems from the skyrocketing number of illegal migrants reaching the border, but largely because of their demographics. U.S. immigration officials — burdened with rules and regulations designed for Mexican male nationals traveling alone — are unable to deal with the influx of families and children from the Northern Triangle region of Central America.

“Our immigration system is full and we are well beyond our capacity at every stage of the process,” DHS Acting Secretary Kevin McAleenan told a House congressional committee in May. “Given the scale, we will exhaust our resources well before this fiscal year.”