‘I never knew you had that kind of sensibility!’@piersmorgan gives @POTUS a gift Winston Churchill himself would have loved ????@realDonaldTrump | #GMBTrump pic.twitter.com/K3nj0eGiB3

Morgan, who got to know Trump while he was a contestant on “The Celebrity Apprentice” in 2008, hosted a wide-ranging interview with the commander in chief while he was in the U.K. preparing to commemorate the 75th anniversary of the D-Day invasion.

He offered Trump a black bowler hat much like the ones Churchill was often pictured wearing (he also favored a similar style called a Homburg).

That was EXACTLY the type of hat Churchill wore – made by @lockhatters. https://t.co/XzMGJmYTap

The president surveyed the hat as Morgan continued to ask him questions. “Who’s the British Trump?” he wondered, suggesting both Boris Johnson and Brexit Party leader Nigel Farage.

Trump’s answer was to simply shrug and smile. “I don’t want to ruin anybody’s career,” he quipped.

“Who’s the British Trump?” @piersmorgan asks, suggesting either Nigel Farage or Boris Johnson. @realDonaldTrump replies that he prefers not to answer. “I don’t want to ruin anybody’s career.” 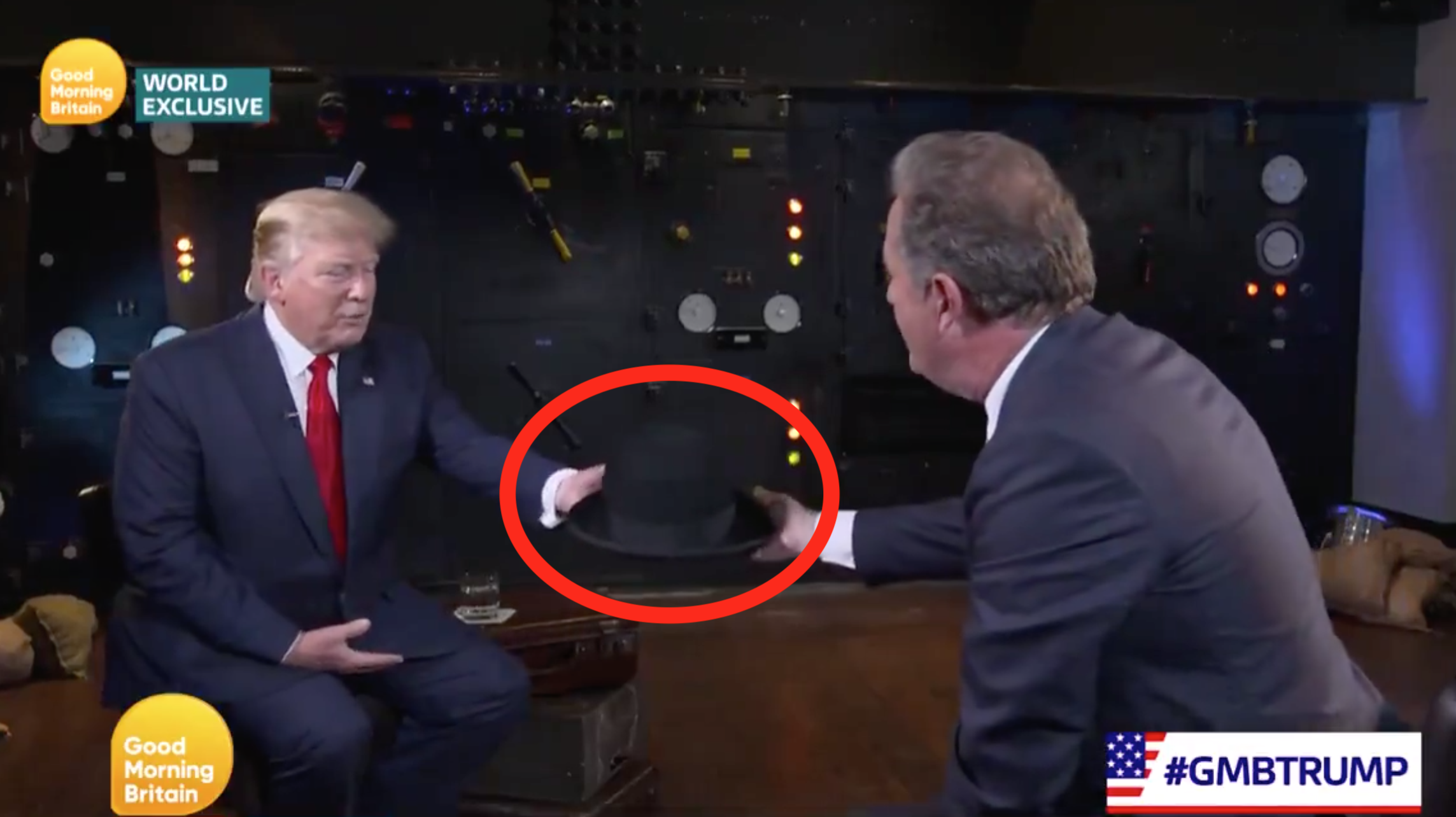 Trump then tried on the hat. “I think Churchill looked … I think Winston looked much better,” he noted, getting a laugh from Morgan. (RELATED: ‘He Is Really Into Climate Change’: Trump Tells Piers Morgan About His Conversation With Prince Charles)

Morgan’s full interview with Trump will be rebroadcast in primetime Friday.

UPDATE: Due to huge interest from around the world, my interview with President ⁦@realDonaldTrump⁩ will re-air in prime-time tomorrow night.
ITV, 8.30pm. pic.twitter.com/VIFF4L9PJO