The official twitter account of the Royal Family posted a video of Queen Elizabeth II welcoming leaders from “the allied nations that took part in D-Day,” but the footage included the chancellor of Germany.

The video was taken while the queen was welcoming world leaders to commemorate the 75th anniversary of D-Day ahead of the National Commemorative Event.

“The Queen was introduced to leaders by the Prime Minister @10DowningStreet,” The Royal Family tweeted. “Each representing the allied nations that took part in D-Day. #DDay75″ 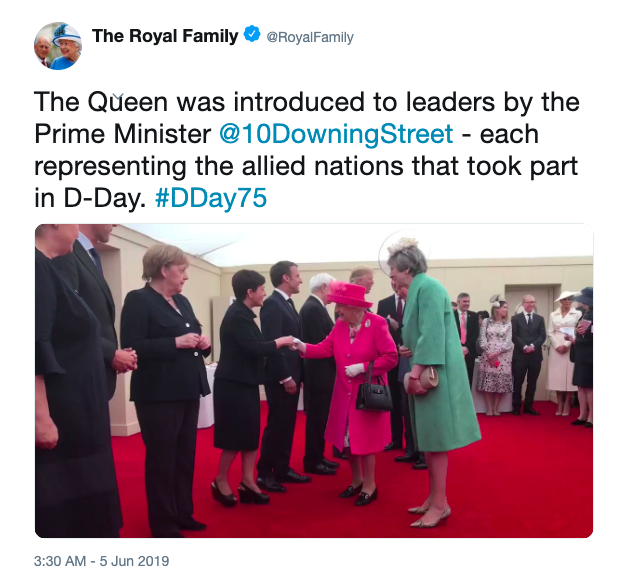 The Allied Forces promoted the alliance of nations as a means to control German, Italian and Japanese aggression.

D-Day marks the anniversary of the Allies storming the beaches of Normandy during World War II, beginning the liberation of France from Nazi control. (RELATED: Trump Reads FDR’s Prayer At D-Day Anniversary Event)

The Queen was accompanied by Prime Minister Theresa May as she greeted the heads of state of 16 countries involved in the World War II. For the event, the leaders all signed a historic proclamation of peace ensuring the horrors of the war would not be repeated.