Republican Georgia Gov. Brian Kemp signed a fetal heartbeat bill in May, which, in turn, has spurred many Hollywood actors and companies to halt film production in the state or to announce they will no longer work there.

The failed gubernatorial candidate began her argument by explaining the economic impact of such a protest to host Chris Hayes: “As you pointed out, the state has 92,000 employees in the film industry — $9.5 billion in economic impact — but, unfortunately, we have a governor whose not only refused to go to Hollywood; he’s actually refusing to respond to requests from 15 of the largest companies in Georgia involved in the film industry to meet with them.”

She went on to explain that her goal is to “protect jobs in Georgia,” adding, “I want to protect women in Georgia, and having built relationships not only with the film industry, but with other industries that are here in Georgia.”

“There are a lot of folks are supportive of abortion rights who are pretty horrified about the legislation in Georgia and in Alabama and Missouri and other places and wondering about what can be done,” Hayes responded. “What is your view about the use of essentially pulling production as a point of political leverage in response to this legislation?” (RELATED: Disney Threatens To Boycott Georgia But Partners With China, Which Puts Muslims In Internment Camps) 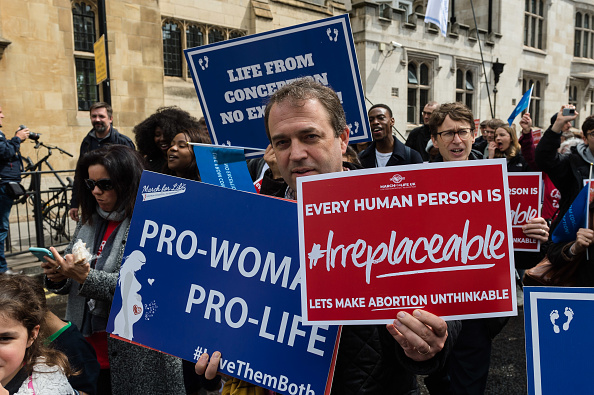 I support and understand the emotional and the political pull of a boycott call. I grew up in the Deep South. Boycotts have long been a part of the civil rights have advanced … Simply taking down or taking away jobs is not going to solve the fundamental problem of political power. And so my intention is to stay and fight and build the political power to not only fight back against these bans and fight back against forced pregnancy, but to build the political capacity to not have the fight against for 40 more years. We are at in an inflection point in this country where the power to make progress is real, but we need the investment and the foresight and the strategy to bring it to fruition.

Netflix, Disney, and NBC Universal are three of a handful of companies that have already threatened to pull out of the state should the law go into effect, which it’s expected to at the beginning of 2020.

Georgia has become one of a handful of states, which including Missouri, Ohio and Alabama, that have passed more restrictive abortion laws with some having been passed with the intent of trying to get Roe v. Wade overturned.