President Donald Trump is canceling a contract that provides government funding to the University of California, San Francisco for research that issues fetal tissue harvested from elective abortions.

The Trump administration first focused its sights on the contract this past September, with the National Institute of Health (NIH) warning UCSF that its $2 million annual contract for fetal tissue research would be curtailed to 90 days and possibly canceled altogether.

Senior administration officials told The Daily Caller that the contract will be officially terminated Wednesday. 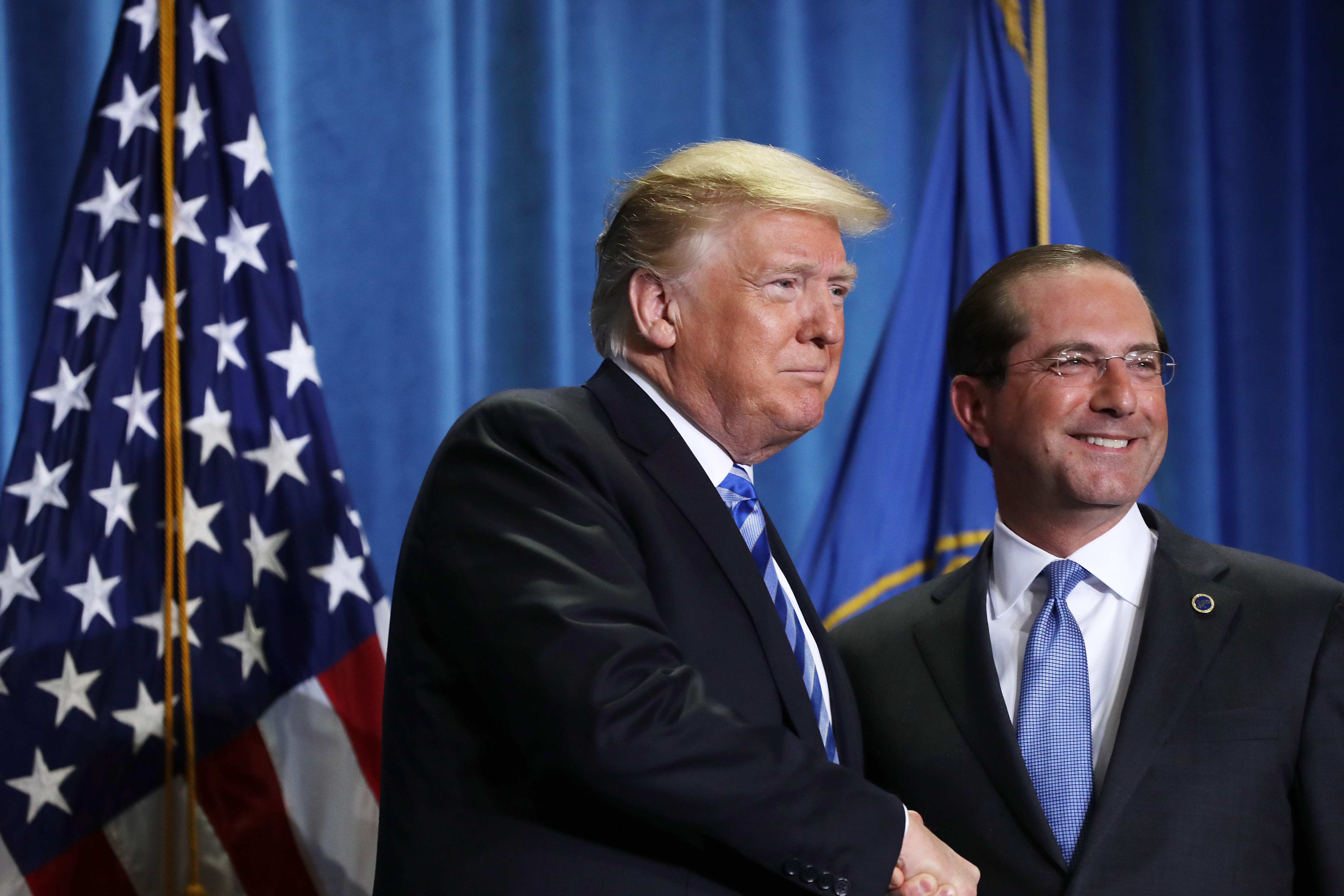 WASHINGTON, DC – OCTOBER 25: AFP OUT U.S. President Donald Trump (L) shakes hands with Health and Human Services Secretary Alex Azar before announcing a plan to overhaul how Medicare pays for certain drugs during a speech at HHS headquarters October 25, 2018 in Washington, DC. Claiming that ‘global freeloading’ has driven up drug costs, Trump said his plan could save Medicare more than $17 billion over five years, with the cost of some drugs dropping by as much as 30 percent. (Photo by Chip Somodevilla/Getty Images)

An official explained to the Caller that the move is part of “a consistent charge to take a pro-life perspective on all policies.” (RELATED: VP Pence: ‘I’m Proud To Be Part Of A Pro-Life Administration’)

Fetal tissue is used in a number of research projects that seek to find cures or treatments for diseases such as HIV and pediatric cancer by creating humanlike immune systems in mice. However, pro-life groups say that the practice is unethical and gruesome because much of the fetal tissue used in research comes from aborted babies.

The official argued that scientists have been claiming for 26 years that fetal tissue research would lead to significant medical breakthroughs, and yet “there have been exactly zero miracle cures.”

Federal support of research using fetal tissue procured from abortions was banned by law in 1988, but the ban was lifted in 1993 during the Clinton administration and Congress voted to allow government funding of the practice the same year.

The Trump administration is considering revisiting such a ban.

“You can’t rule anything out,” a senior official said. “It’s in the suite of options.”

One senior administration official told the Caller that the decision was made at the president’s direction and was a source of tension with top HHS officials over the past several months. (RELATED: Trump Says He Favors Abortion Exceptions Only In Cases of Rape, Incest, Mother’s Life) 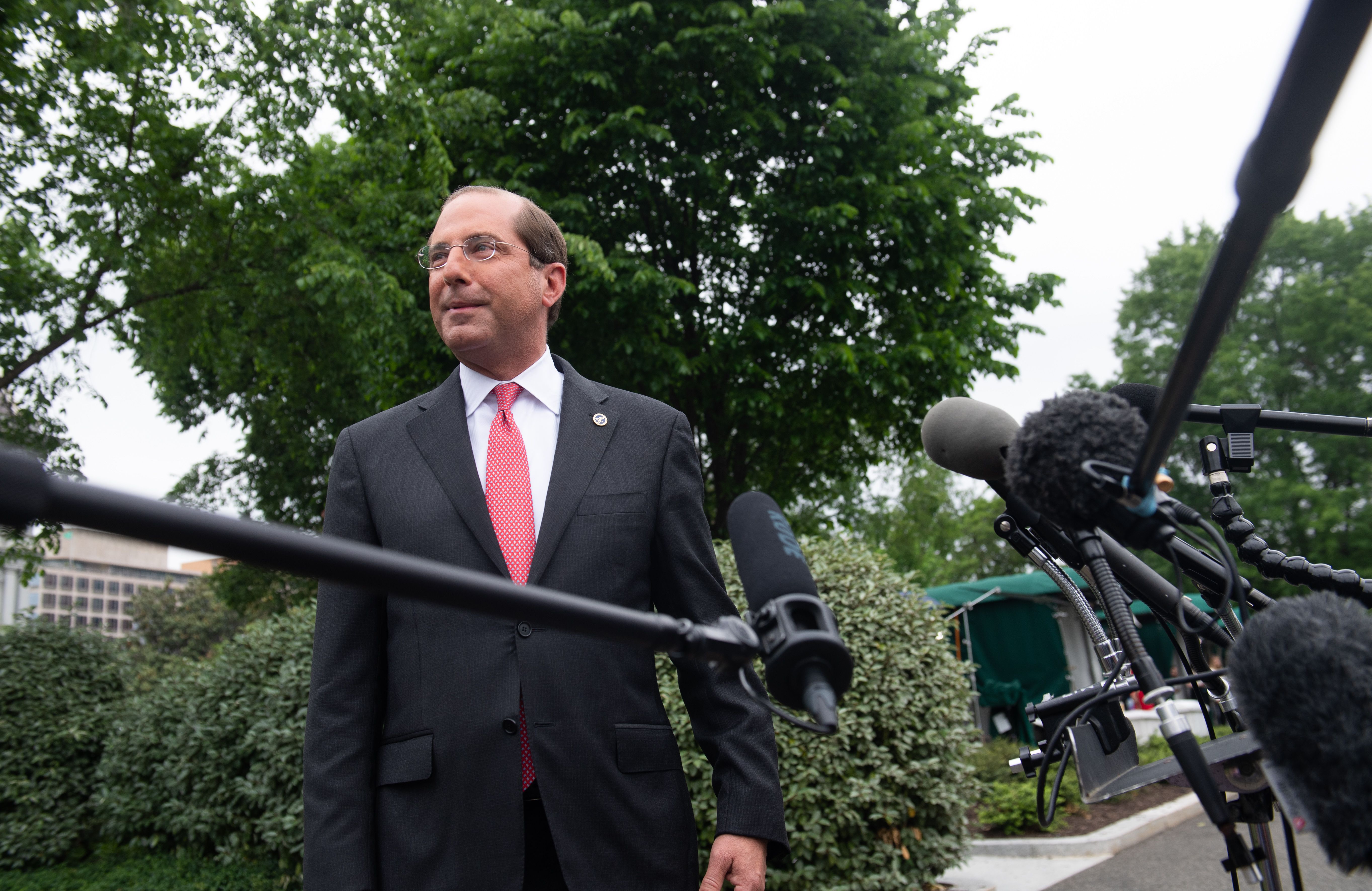 Alex Azar, Secretary of Health and Human Services, speaks to the press in the driveway of the White House in Washington, DC, May 8, 2019. (Photo by SAUL LOEB/AFP/Getty Images)

“This was a decision by the President to affirm that this is a strongly pro-life administration, coming after months of frustration that the gruesome practice hadn’t been ended already by the agency,” the official said.

The Washington Post reported in December that the contract was in jeopardy, citing a source who said the decision was made at the “highest levels.”

HHS disputed the report at the time.

A separate official denied to the Caller that the administration was divided over the decision, stating, “we are fully united as an administration in this effort.”

HHS is currently seeking viable alternatives for the use of fetal tissue in research, and pointed to stem cells from cord blood and fetal tissue procured after tragic accidents as possible replacements.

The Department of Health and Human Services issued a press release confirming that the contract with UCSF will not be extended.