A florist who refused to create floral arrangements for a same-sex wedding will appeal to the U.S. Supreme Court after a Washington state court ruled Thursday that she violated the state’s civil rights law.

The case presents the high court with an opportunity to decide whether conservative religious believers can use the First Amendment as a defense against laws requiring accommodation of LGBT people, a question the justices ducked in the 2018 Masterpiece Cakeshop ruling.

“I could lose my business and life savings simply because I declined to celebrate and participate in a sacred event that violates my faith,” the florist, Barronelle Stutzman, said following Thursday’s decision. “No artist or creative professional should be forced by the government to create custom work that conflicts with their deeply held beliefs. That’s why I will appeal my case to the U.S. Supreme Court.”

State prosecutors filed a consumer protection lawsuit against Stutzman, who owns and operates Arlene’s Flowers in Richland, Washington, in April 2013 after she refused to sell flowers to a longtime gay patron called Robert Ingersoll for use in his wedding. Stutzman is a Christian who operates her business consistent with her religious views.

The Stutzman case reached the U.S. Supreme Court once before. The justices held her case in abeyance while the Court considered the Masterpiece Cakeshop dispute, a case with similar facts arising from Colorado where a Christian baker refused to produce a custom wedding cake for a gay couple. The justices found for the baker because a Colorado civil rights commission displayed animus toward his religious beliefs when processing the dispute. (RELATED: Justice Clarence Thomas Has ‘No Idea’ Where Retirement Rumors Are Coming From) 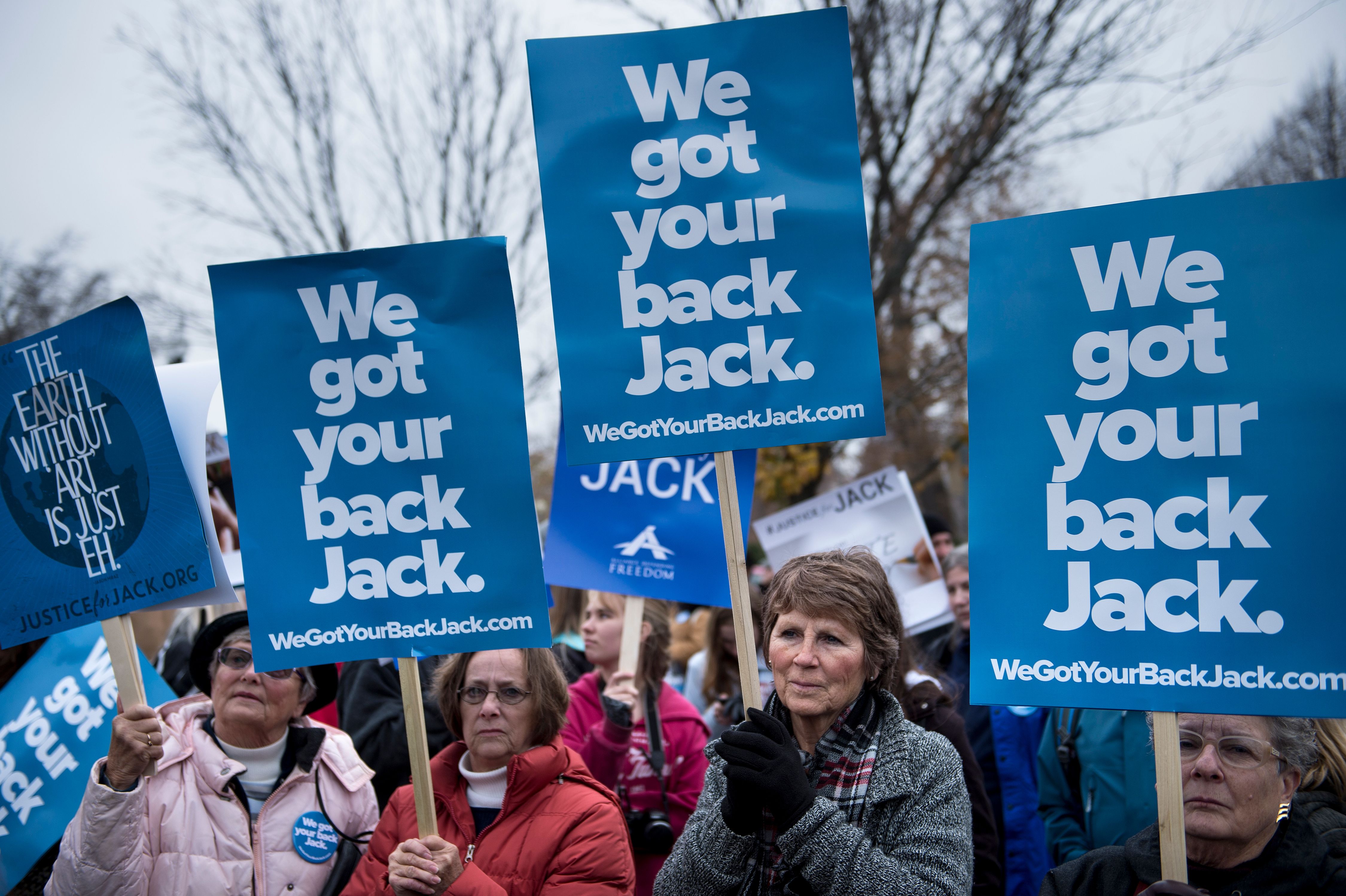 After releasing the Masterpiece decision, the justices lifted a lower court decision against Stutzman and ordered the court to reconsider her case in light of Masterpiece. On remand, the Washington State Supreme Court said it found no evidence of discrimination against Stutzman’s beliefs.

“We have painstakingly review [sic] the record for any sign of intolerance on behalf of this court and the Benton County Superior Court, the two adjudicatory bodies to consider this case,” Thursday’s decision reads. “After this review, we are confident that the two courts gave full and fair consideration to this dispute and avoided animus toward religion. We therefore find no reason to change our original decision in light of Masterpiece Cakeshop.”

The Alliance Defending Freedom (ADF), a faith-based cause lawyering group that represents Stutzman, counters that the state enforces its civil rights laws unevenly. While state prosecutors sued Stutzman personally — an aggressive step that makes her personally liable for fines and damages — they did not take action against a coffeehouse owner who profanely expelled a group of Christians from his business. ADF argues this enforcement pattern is the kind of discrimination the Masterpiece Cakeshop ruling condemns.

As with the Masterpiece case, which ADF also litigated, Stutzman’s lawyers argue she cannot be compelled to create expression with which she disagrees. They also say requiring her to attend a same-sex wedding violates her constitutionally protected right to the free exercise of religion.

A decision as to whether the justices will hear the case will come during the Court’s next term, which begins in October. Arguments would most likely follow in 2020, depending on how quickly the justices choose to process the petition.

The high court is also considering a similar petition from Oregon, where a state anti-discrimination panel fined a Christian bakery $135,000 for declining to produce a cake for a same-sex wedding. That Court has been sitting on that petition since February, indicating it has piqued the justices’s interest.

The Klein petition also asks the Court to revisit the 1990 Employment Division v. Smith decision, a landmark ruling that held laws that interfere with religious exercise are constitutional provided they apply to everyone and are neutrally enforced.